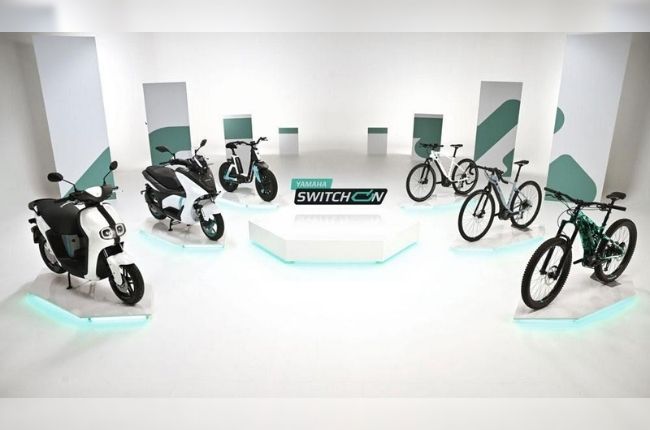 We've known this was coming since last year. Yamaha is officially entering the electric mobility space with a new range of electric scooters and e-bikes. These new models will reportedly launch within the year for the European market, but Yamaha has already given us our first look. It turns out the E01 concept we saw at the 2019 Tokyo Motor show was pretty close to the production version. The colors here are more muted, though everything else does appear spot-on. As we've said before, the E01 features maxi-scooter proportions reminiscent of the NMAX.

It looks like Yamaha is sticking with the E01 as the production name. It doesn't roll off the tongue quite as well as their other model names, but in any case, we know the E01 will be a 125-cc equivalent model. The NEOS seems to be an evolution of the E02 concept, also shown in 2019. Yamaha similarly toned down the design here, but the removable battery pack is still present under the seat.

Yamaha has said that the E02 will be a 50cc-equivalent scooter, so it likely remains the case with this new model. The NEOS could find a niche as an urban commuter, with its swappable battery packs forming much of its appeal. On top of the new electric scooters, Yamaha has also previewed a new e-bike with moped-like performance. Born out of a partnership with Fantic Motor and Motori Minarelli, the B01 could be an exciting new field for Yamaha to explore. Yamaha also unveiled three new electric bicycles during its taped event. There's a mountain bike, touring bike, and road bike. The Japanese company has not revealed detailed specs, but that will come when the entire range launches within the year.

A Yamaha representative also stated that the electric scooters could come before the second half of the year, while e-bikes will be available in showrooms before the end of 2022.