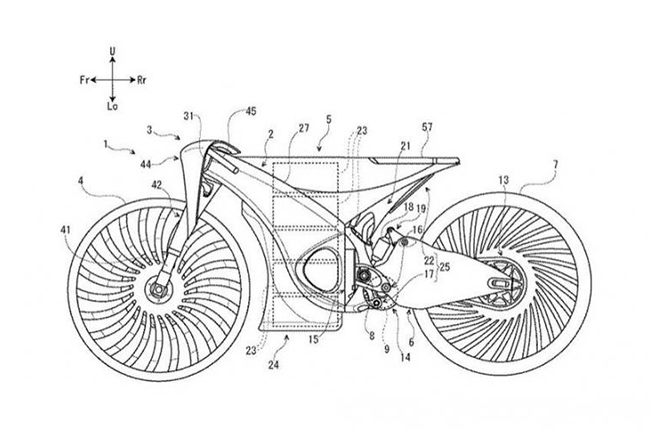 When Suzuki was asked about their future plans for electric vehicle development, it should be noted that they responded by saying that we’ll see a Suzuki battery bike when the buyers are ready for one. It cannot be denied that electric vehicle development could cost a lot in terms of research and development and based on Suzuki’s answer, you’d think that its development wouldn’t really be on the top of its priority list. However, we could be mistaken — or at least with Suzuki’s views on hybrid motorcycles. Hybrid motorcycles have been making big news recently with brands pushing forward its development like Kawasaki who has also been developing a supercharged 2-stroke hybrid motorcycle. It seems that hybrid power could be a viable option for a motorcycle propulsion method in the future.

With Suzuki however, what’s fascinating about its new design is its modular production method that is used to create the bike. As a hybrid, the bike is supposed to run either in fully electric mode or with a gas-hybrid mode. In its fully electric mode, the bike would feature a large battery pack that would sit where a normal internal combustion engine normally would. In this mode, the bike draws power purely from its batteries making it a pure electric machine. In its alternative mode or gas-hybrid mode, a small gas-powered engine would act as a generator for the electric motor instead of directly driving the rear wheel. The current sketches of the design do not directly indicate if the two modes can be selected on the fly or when the bike is parked. However, based on the sketches it seems that they’re seriously planning to put the bike into production real soon. 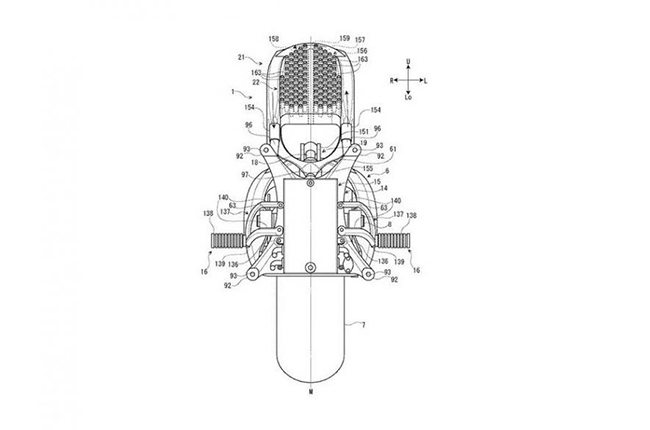 Normally, patent sketches are drawn without much detail demonstrating only the technology involved in the design. However, with these patent sketches, the machine is highly stylized and not dissimilar to the riding position of Suzuki’s Crosscage concept that was unveiled a few years ago. In fact, the patent shows a board-tracker reminiscent design as if they’re intentionally blending old but timeless design aesthetics with new hybrid technology. Unfortunately, with major motorcycle shows including Intermot, EICMA, the NEC, and the Tokyo Motorcycle shows all canceled, we would have to wait a little longer until we get a chance to see this new hybrid motorcycle in the metal.