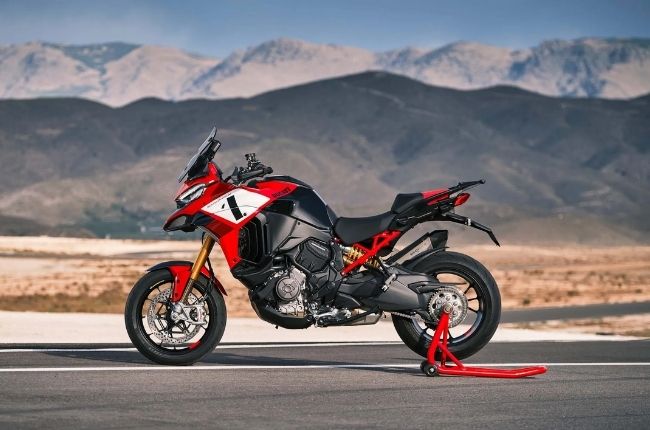 Ducati has unveiled yet another new model, this time in the form of the Multistrada V4 Pikes Peak. Debuting as part of the Ducati World Premiere 2022, the latest variant of the popular adventure-tourer takes itself to new heights. It starts with the name, as Ducati took inspiration from one of the highest summits in the Rocky Mountains in Colorado. It's a call to adventure for sure, but under the surface, this motorcycle is more than that. Ducati says this is the sportiest Multistrada ever, benefiting from multiple changes, from the livery and chassis to the suspension and electronics. 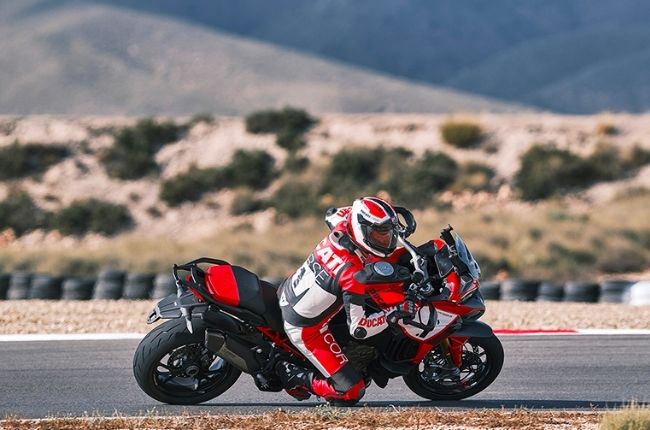 Ducati brought the Pikes Peak to the track, and it didn't look out of place. That's a victory in itself, but what gave the Italian company confidence to do it? Well, the new model still features the 1,158cc twin-cylinder Granturismo V4 engine that delivers a staggering 170 hp and 125 Nm of torque. Some clever electronics changes make for a sportier ride, including a race-tuned rev limiter and a quicker throttle response in High Power Mode. 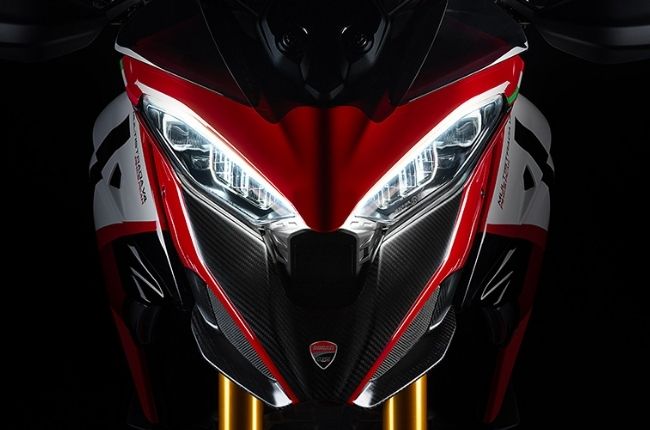 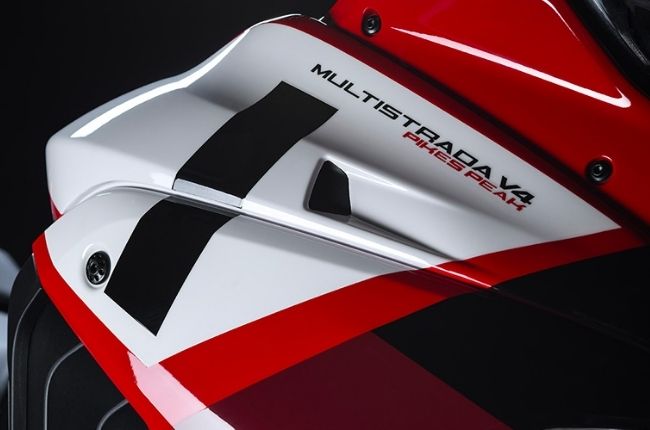 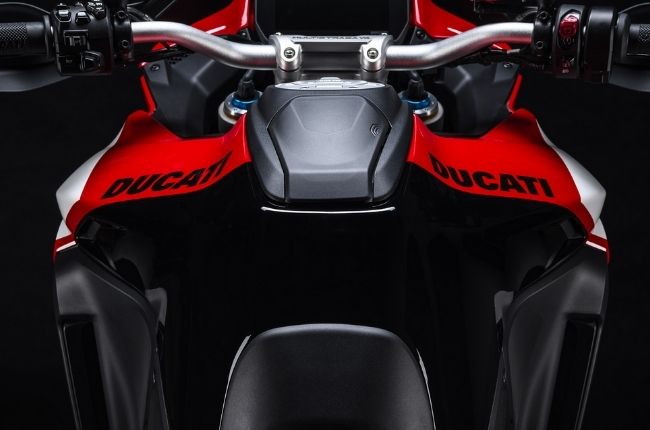 There are more changes down below, as seen in the 17-inch front wheel and Marchesini aluminum forged rims for both wheels. The rims are wrapped in new Pirelli Diablo Rosso IV tires for superior traction.

The Pikes Peak version also features a single-sided swingarm versus the double-sided setup in the base model Multistrada V4. More than that, it's the first Multistrada ever to get an electronic Smart EC 2.0 Öhlins suspension. The system adapts to the rider's riding style with "event-based adjustment."

On the tech side, this version inherits the advanced features on the base model Multistrada V4. Things like a 6.5-inch TFT display, radar technology, adaptive cruise control, and blind-spot detection are all available. 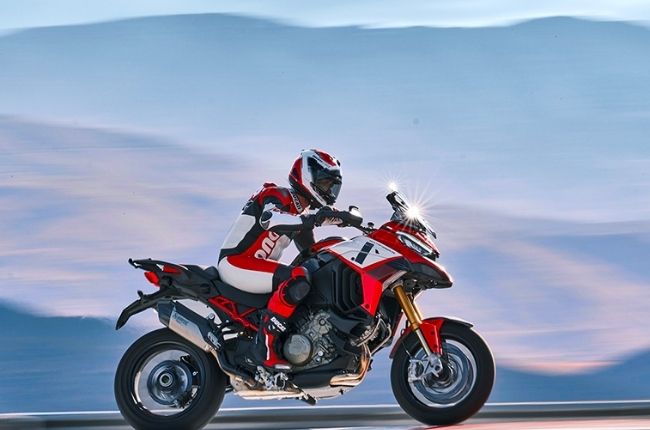 The Ducati Multistrada V4 Pikes Peak will be available in the US starting February 2022. It will retail for $28,995 (around P1.46 million). There's no word on local availability, but Ducati Philippines currently sells the 2021 Multistrada V4.