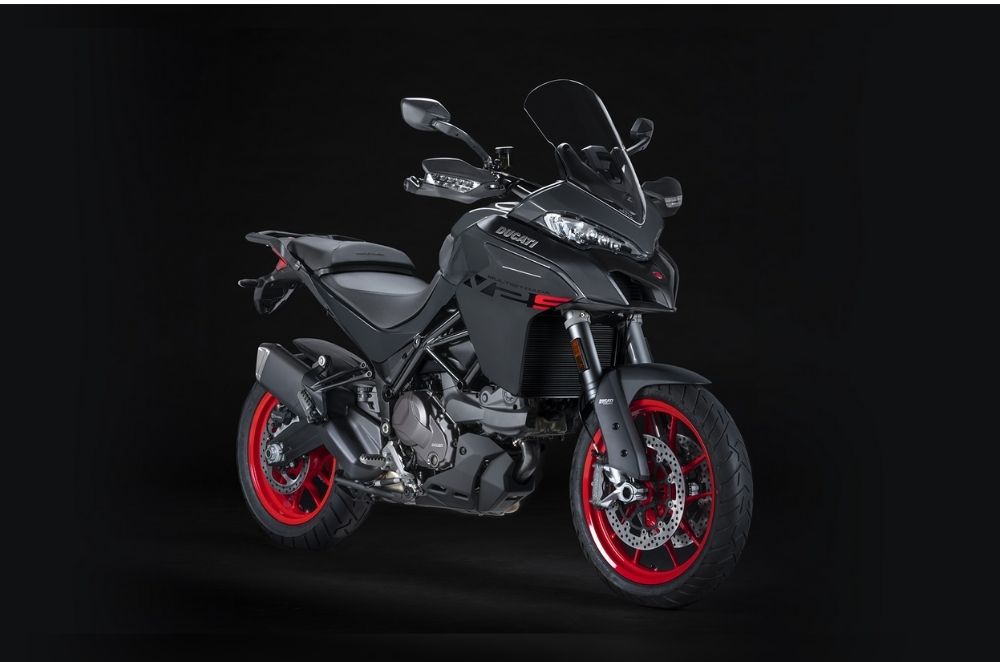 Ducati has officially introduced a new adventure touring bike, the Multistrada V2. The latest model replaces the 950, which started production in 2016. The V2 now joins the more powerful V4 in the Multistrada family.

The new model's launch is part of the "Ducati World Première 2022," a series of events that will see the Italian brand unveil a total of six new motorcycles. The 2022 Multistrada V2 is the first of these models, dubbed as "your everyday wonder." Design-wise, the new Multistrada V2 looks very similar to the outgoing 950, but with a few key differences. Ducati has tweaked the headlight cowling and refined the graphics on the fairing. Notably, the V2 is 5kg lighter than the 950, which is good news for its power-to-weight ratio.

The Italian motorcycle manufacturer equipped the Multistrada V2 with the latest iteration of its 937cc Testastretta 11-degree engine. It makes 113 hp and 96 nm of torque while being mated to a 6-speed gearbox. Front braking duties are handled by a pair of 320mm aluminum flange semi-floating discs with a radial Brembo monobloc 4-piston caliper. For the rear, there's a single 265mm disc with a 2-piston Brembo caliper. Of course, Pirelli has provided the tires in the form of Scorpion Trail IIs, measuring 120/70 for the front and 170/60 for the rear. Cornering ABS also comes standard.

The 2022 Ducati Multistrada V2 will go on sale this November 2021. Prices are yet to be announced. Local availability is unknown at this point, but we think there's a chance Ducati Philippines brings the new model to our shores. The brand is set to premiere its next new model on October 14.