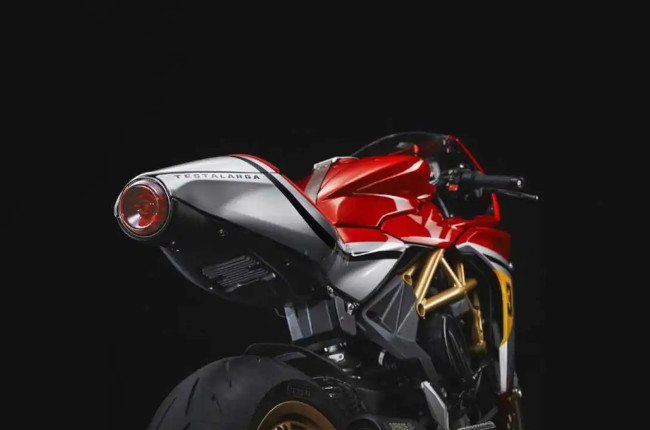 MV Agusta is now on its second teaser post for the brand’s new Testalarga, a limited-edition Superveloce that is limited to only one in the world, at least for now.

As to how the model will look, it’ll definitely use the Superveloce platform as a blank canvas for MV Agusta to use. There are no words yet divulged by MV Agusta as to the performance figures and the key performance enhancements made to the limited one-of-one edition, but judging from the photos and past MV Agusta limited editions, it could be a very special model depending on how MV Agusta have treated it. 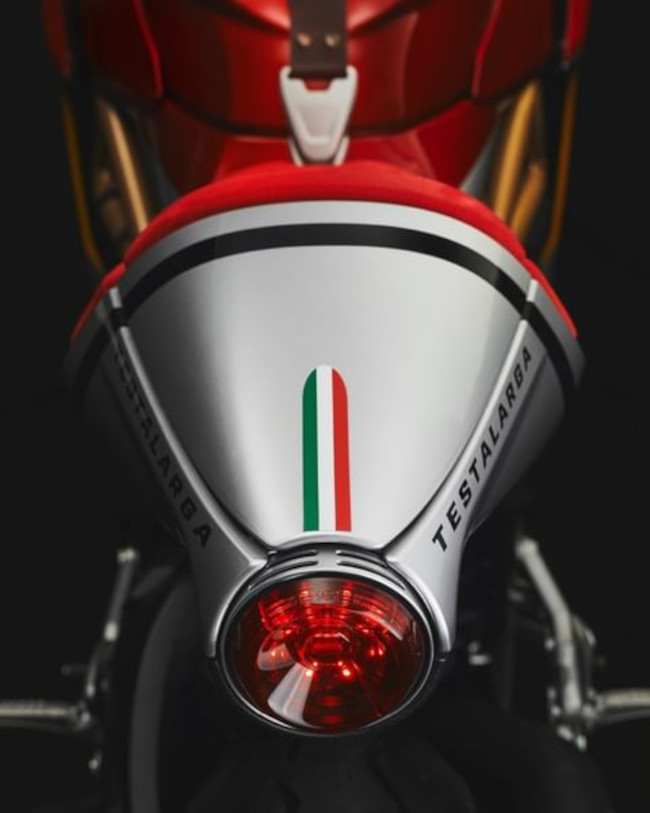 For starters, the model will get a similar colorway to that of the EICMA-winning MV Agusta Superveloce Ago, which had a red, white, and yellow colorway. The Testalarga could adopt a similar approach to the colors having hits of yellow-gold and a predominantly red and silver design. The frame is also finished in a yellow-gold paint job.

As to the makeup of its parts, it’s not clear whether MV went with space-age materials like magnesium alloy or aluminum for lightness. It’s easy to hide exotic materials under a good coat of paint at times, but aluminum might be the choice material for the chassis, it’s just that for a one-of-one model, it makes sense for MV Agusta to go big, right? Magnesium alloy for the wheels, however, will be a much more educated guess, either that or forged aluminum wheels. Perhaps MV Agusta could also pull a fast one and fit the model with carbon-fiber wheels that just so happened to be painted over as seen in the second teaser image. 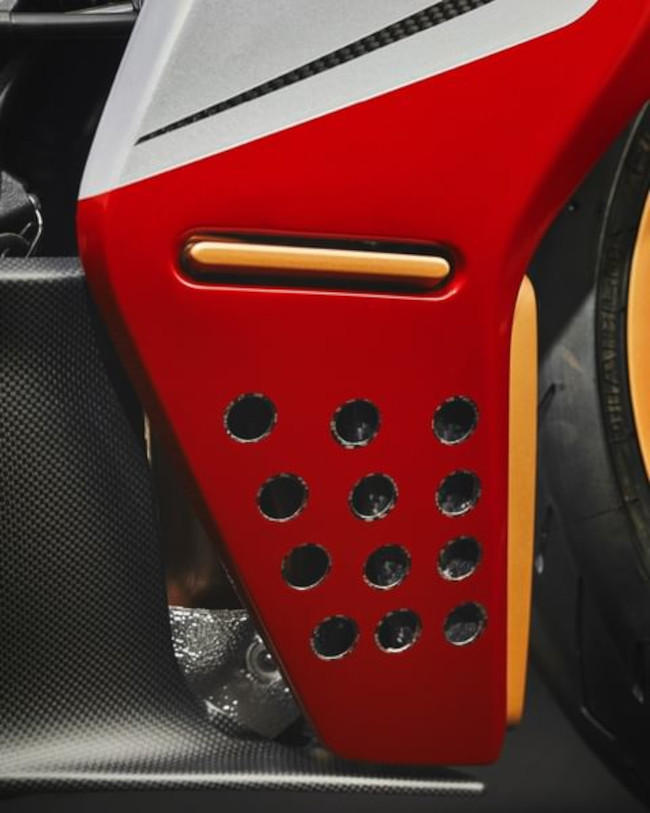 Apart from that, the model has modified fairings with ventilation holes cut out near the engine for airflow, then it also gets a few choice decals on the tail which include the “Testalarga” name as well as an Italian Tricolore for good measure.

For now, MV Agusta still hasn’t sent in a photo of the front of the bike. While we do know what the rear looks like and what the front looks like on a standard Superveloce, the livery on the front end of the bike remains a mystery for now. 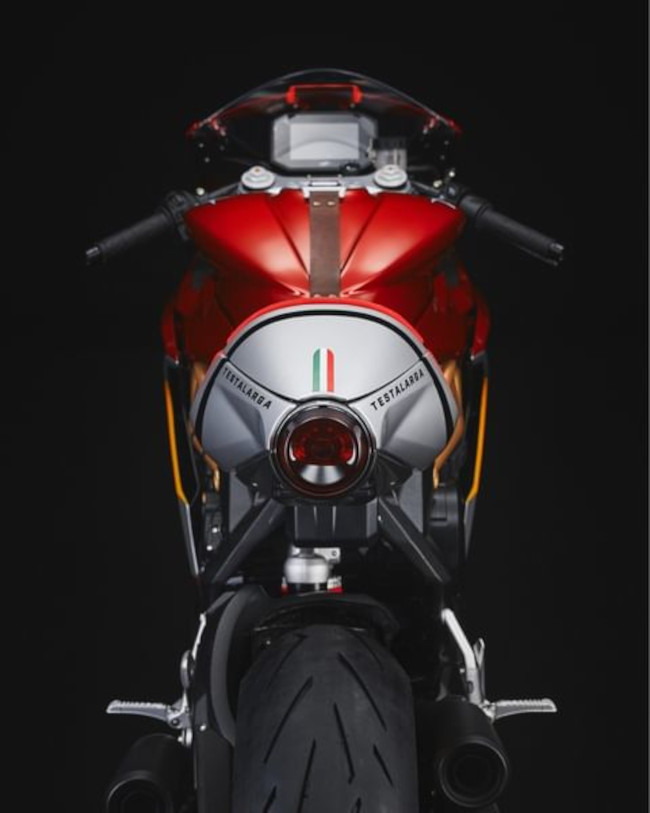 Performance-wise, the bike will likely have the 800cc inline triple that we all know and love from the MV Agusta lineup, and the brand is boasting of its three-second 0-100 km/h time, with a 0-200 km/h time of nine seconds. However, the Brutale 1000 RR has a 0-100 time of 3.8 seconds, and that’s an inline-four. Could it be that the Testalarga will be the first 1,000cc Superveloce? Is it possible that MV Agusta went on and tuned the 800cc triple to 1,000cc levels of brutal performance? While we can speculate endlessly, the brand says to stay tuned for more updates.