When Kawasaki began building its line of “hypersport” motorcycles with the Ninja H2 and its naked counterpart the Z H2, both powered by a supercharged 998 cc with a two-speed centrifugal inline-4 DOHC engine. Currently, the Ninja H2 is considered the fastest street-legal motorcycle in the world. Now, could you imagine the same supercharged H2 engine mounted on a cruiser-type motorcycle? More particularly, the Kawasaki Vulcan? According to a known Japanese publication, Young Machine, it seems that Kawasaki is looking at capitalizing on the success brought about by their supercharged bikes by applying it on other platforms — including cruisers. It is the same publication that is making predictions of Honda’s release of middleweight versions of the Africa Twin and Fireblade.

They came out with a little photo rendering of what they predict might be possible future releases of new motorcycles, and it included what seemed to be a cruiser-style motorcycle similar to the Vulcan, with a supercharged 999 cc engine mounted to it, similar to the Z H2’s engine. It also showed a visible intake scoop used to feed cool air into the forced-induction 999 cc engine, with low-set seats, raked front forks, and a cruiser style cowl, undoubtedly pointing at the Kawasaki Vulcan’s style cues. However, with an H2 supercharged engine mounted on a cruiser frame, we can’t expect it to have the same tuning as the Ninja H2 or the Z H2. It will likely be tuned with a lower power output than Kawasaki’s “hypersport” motorcycles. Nonetheless, we can still expect it to be one of the most powerful cruisers to ever come out — if the rumor holds ground. 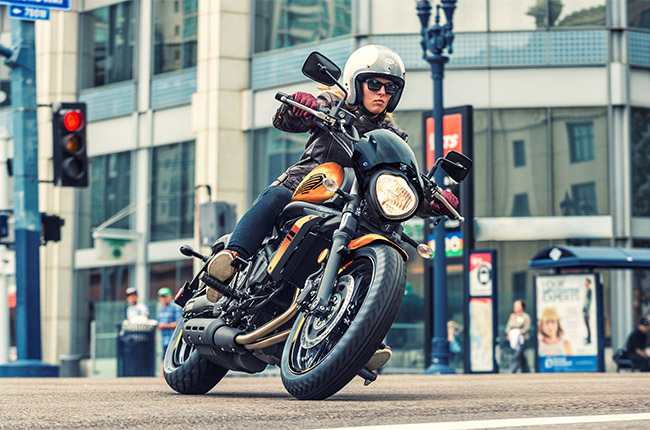 Young Machine has made very accurate predictions in the past suggesting that they seem to have some direct affiliation from industry insiders that somehow feed them these sorts of information from within. This makes them ahead of everyone else in the rumor mill insofar as new motorcycle releases are concerned but at this moment in time, all we can do is wait and see.