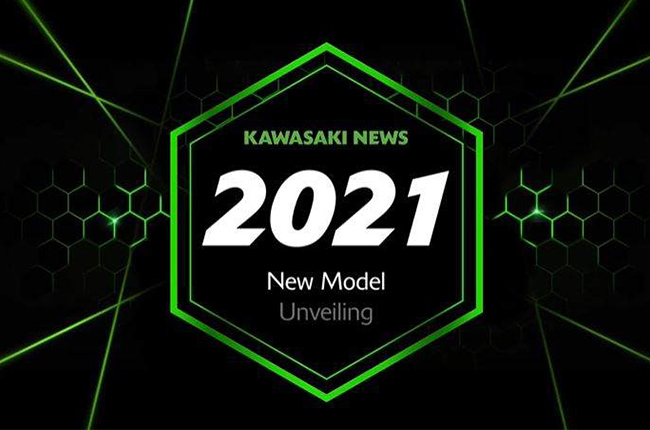 Just a few days ago, Kawasaki released a video teaser announcing six upcoming models to be added to its 2021 lineup. As to what these models would be, very little clues were left by the Japanese manufacturer. A lot of speculation has been fueling the motorcycling community of the new motorcycles to be revealed, but at least at this point, we already know when they will finally be unveiled. The first batch of bikes will be unveiled on October 12 at 21:00 Philippine time while the second batch will be revealed on November 23 at 21:00 Philippine time. We’ll have to tune in to Kawaki’s Youtube and social media pages for the big reveal.

With most of the major motorcycle shows being canceled for the rest of the year, motorcycle manufacturers have been adept in using the online approach in launching its new motorcycle releases. Health and safety concerns over the COVID-19 global pandemic has pretty much taken away the chance for us to experience and see these new motorcycles in the metal. Yet, most of the motorcycle brands have been really working hard to try to give us an equally enriching experience with their virtual shows.

Just like the video they released a few days ago, absolutely no clues were given about the upcoming bikes as expected. Yet, people from the industry are speculating that Kawasaki is about to pull the wraps off a new Ninja ZX-10 R with a new homologation, and perhaps some new winglets following what Honda and Ducati did for its new supersport bikes.

People are also expecting an update on the aging Versys 650 seeing that most of the 650 cc twin-cylinder bikes on the range got an overhaul for 2020. We can expect the new update to have a new TFT gauge cluster, Bluetooth connectivity, and a spruce-up on its design for 2021. With middleweight adventure bikes being all the rage now, Kawasaki would want to ride the same wave of success that the Yamaha Tenere 700 is currently enjoying. There have also been talks of a new supercharged model to be added into the lineup. However, the chances of us getting an entirely new machine seems more unlikely. If a whole new machine around the 999cc supercharged mill had been in the works, spy photos of the vehicle being spotted on the road would have surfaced online for the past months. Perhaps even its new patent sketches would have been picked up on the internet.

In any case, we only have to wait just a few more days before team green reveals its first batch of motorcycles for its 2021 lineup. We’ll be sure to be quick on our toes in keeping everyone posted once these new releases are unveiled.