Since two-stroke engines are stinky, smoky, noisy, and constantly burn oil, they have mostly been confined to off-road use in recent years. It is thus almost impossible to imagine them being authorized for use on roads on brand-new motorcycles.  However, this hasn't stopped businesses from developing new two-stroke technologies, and even pushing the envelope of innovation in the hopes of bringing 2T goodness back to the streets.

Consider Minarelli and its most recent two-stroke engine. This new engine is anticipated to be used in the future Fantic XE300 enduro models and is based on the Yamaha 250 engine that Minarelli owned and produced from 2002 to 2020. While the bikes' primary use will be for trails and off-road courses, there's a potential that you might ride this bike from your house all the way to the trails when they debut on the European market in the summer of 2023. Yes, the upcoming Fantic XE's new 300cc two-stroke engine has been successful in obtaining Euro 5 homologation. 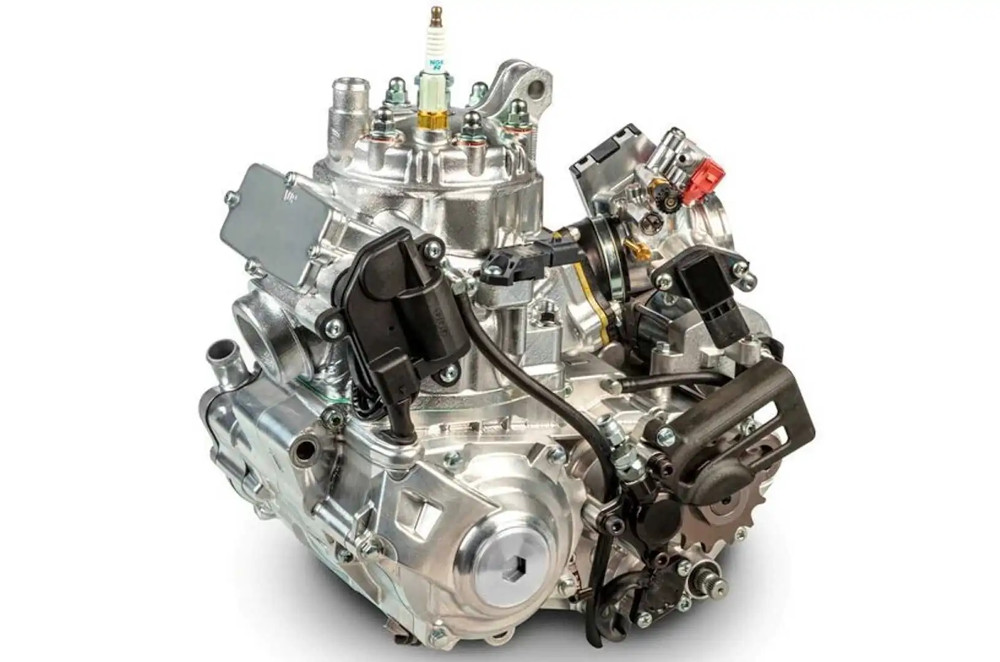 Minarelli used some rather high-tech trickery to manage to do this. Sure, two-stroke motors with electronically controlled injection systems are nothing new. KTM has been engaging in this for a while. However, the possibility that Minarelli's new engine may be authorized for use on public roads suggests that considerably more technology is concealed beneath its exterior. It was revealed that the engine includes a unique exhaust outlet controller that also serves as a decompression mechanism for the electric starter when it was initially displayed at EICMA.

It also stands to reason that the engine's tune will need to be significantly changed in order to produce a more pleasant road-going character. As a result, it probably won't produce anywhere close to the 50 horsepower output typical of two-stroke enduros of this displacement. As we go up the rpm range, we could anticipate a smoother, more linear torque curve. The engine does, according to Minarelli, deliver tremendous performance at full throttle. Lastly, we can anticipate the exhaust system to undergo a significant redesign in addition to the advanced electronic injection and exhaust controller, in order to lessen the high-pitched buzzing sound that has come to be associated with two-stroke engines.