The FTR is inspired by their race-only FTR 750 motorcycle that dominated the Flat Track races carrying three Grand National Titles in a row in the USA. The new FTR Carbon was built with its racing roots and enriched with a carbon fiber front fender, headlight nacelle, tank or airbox covers, and passenger seat cowl. The motorcycle is also mounted with a Titanium Akrapovic low-mount exhaust in black and ‘FTR Carbon’ branded center console plate. 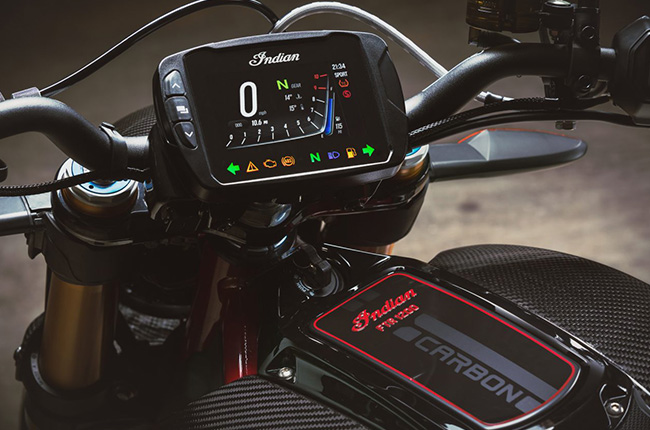 The 2020 FTR Carbon is powered by the same engine as the other FTR’s with a liquid-cooled 1203 cc V-twin engine. With a new exhaust system that could have an effect on its actual output, no official power figures have been released by Indian. For reference, other FTR’s are capable of churning out 123 hp. However, they do claim that it now produces 120 Nm of torque instead of 117 Nm due to the trim-specific exhaust system. This gives the rider plenty of low-end punch for an exhilarating riding experience whether for your daily commute, cruising around the city, or escaping out of town. 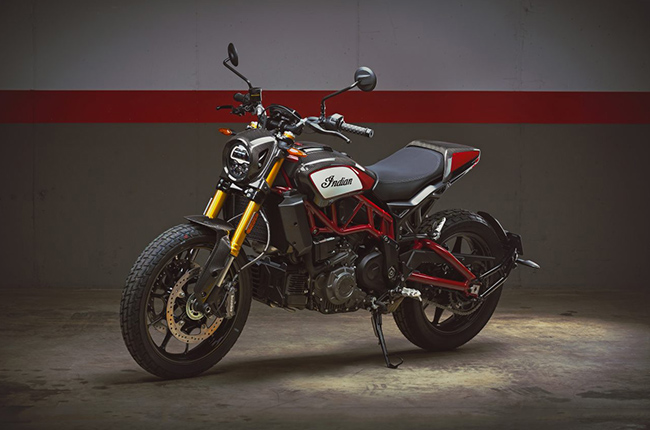 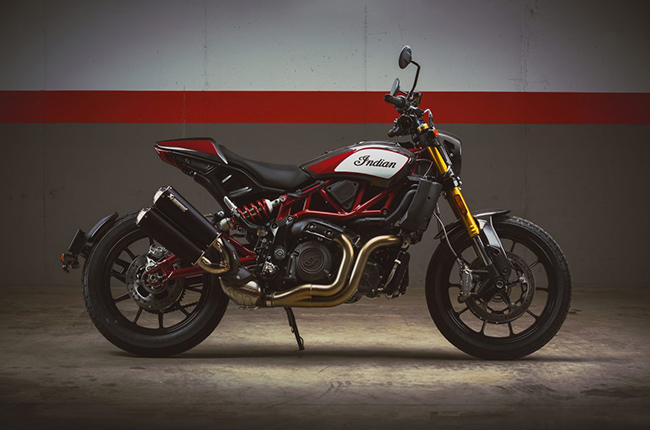 The FTR Carbon includes the same safety features as the FTR S including lean-angle stability control, ABS, traction control, wheelie mitigation control which can be modified by three riding modes, Sport, Standard, Rain, providing unique throttle response and intervention levels. It also comes with the same 320 mm front brake discs with four-piston calipers as the others but the Carbon uses a smaller 260 mm rear disc break with a two-piston caliper. Its adjustable suspension combines a long-travel of 150 mm upfront for a commanding and upright riding position giving you a perfect balance of comfort, control, and agility.

For the discerning rider, the FTR Carbon offers a collectable motorcycle with the highest level of finish and raises the bar for American motorcycles once again. Delivering the finest riding experience and with the carbon accents enhancing the unique FTR styling, the FTR Carbon is sure to draw admiring looks anywhere you ride.
Mike Dougherty
President of Indian Motorcycle

Indian has confirmed that its carbon components make the Carbon model a little lighter than the other two FTR models at 235 kg. While it is expected to land in showrooms in the next couple of days, they claim that it will display the new model with a very limited run showing only one or two units per store, and would not be available on all markets. Let’s see if the Philippines would be lucky enough to have the FTR 1200 Carbon grace their showrooms with its presence.