Norton Motorcycles has been experiencing financial difficulties over the past two years which has caused them to go under administration, the equivalent of filing for bankruptcy in the United States, back in January. The filing for administration was prompted by growing debts, undelivered bike orders, and growing tax liabilities with the government. These financial woes are said to have stemmed from a scandal that brewed over a mishandled pension scheme by its officers. Now, TVS, a motorcycle company based in India, has completed its acquisition of Norton Motorcycles to save the iconic British motorcycle brand. Norton Motorcycles, a British brand established in Birmingham in 1898, has produced remarkable machines such as the Norton Commando and the famous 1960s iconic racer, the Norton Manx. Ever since the brand’s revival in 2008, it has been attempting to make a comeback into the scene by reintroducing it’s most iconic motorcycles. They brought the new and updated Norton Commando 1200 to the market and eventually planned to introduce even newer motorcycles they never produced before. Its new CEO, Stuart Garner, had big and ambitious plans to develop completely new bikes for the British motorcycle marque after seeing the success of the Triumph brand’s revival over the years. After obtaining numerous government grants as well as funding from creditors, he was set in Norton’s complete motorcycle brand’s revival — or so he thought. 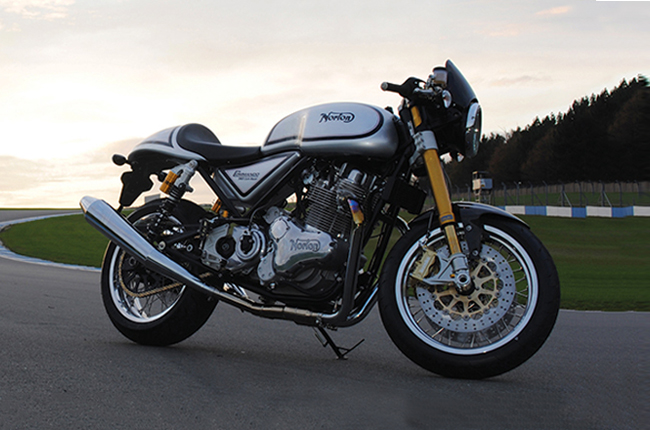 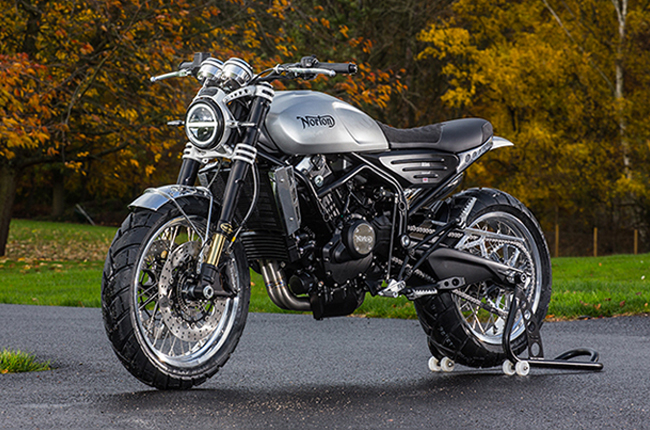 Stuart Garner claimed that they were all set to develop new engine platforms and new model ranges. He stated, “Intangibles had grown significantly over the last three years as the business has invested money into the research and development of new engine platforms and motorcycle ranges, being the V4 and 650cc model ranges.” Later on, new motorcycles were eventually launched including the new 650cc twins in the form of the scrambler-style Atlas Ranger and the Atlas Nomad. However, the 650 twins didn’t even reach its customers before Norton went into administration this year. After millions of Pounds were spent over the research and development of newer motorcycles, only a few units rolled out of their factories which has left everyone puzzled as to why this happened.

Its main creditor Metrobank has claimed that the Norton Motorcycles and its other subsidiaries owed a total of GBP 13.36 million to a single bank and GBP 695,097 in taxes. At the time the administration took place, the numbers weren’t able to take into account certain Norton-related pension schemes that amounted to GBP 14 million that got completely wiped out upon administration. It was clear that despite chewing millions of pounds in investments and after a decade of production, their factory was not able to churn out an adequate amount of bikes to recuperate its investments. Luckily for them, the famed Indian motorcycle brand came to them in the form of a good samaritan to save what’s left of the once glorious Norton brand. Sudarshan Venu, Managing Director of the TVS Motor Company expressed his excitement to retain the distinctive identity of Norton and to scale it globally.

This is a momentous time for us at TVS Motor Company. Norton is an iconic British brand celebrated across the world, and presents us with an immense opportunity to scale globally. This transaction is in line with our effort to cater to the aspirations of discerning motorcycle customers. We will extend our full support for Norton to regain its full glory in the international motorcycle landscape.
Mr. Sudarshan Venu
Joint Managing Director, TVS Motor Company

Mr. Venu added that “Norton will continue to retain its distinctive identity with dedicated and specific business plans. TVS Motor will work closely with customers and employees in building the success and pre-eminence of the Norton Motorcycles brand and we look forward to growing together globally in the years to come.”