At this point, there’s no denying that the future of motorcycles lies in electric. With countless new players specializing in the development and production of lightweight electric vehicles emerging all across the European and Asian markets, it’s only a matter of time before more and more affordable and high-quality electric scooters become available in the market. While we may not quite feel it just yet here in the Philippines, countries like India, Italy, and France, are already beginning to adopt electric scooters into their mainstream transportation system, and even offer incentives for commuters who make the green shift.

That being said, Swedish motorcycle manufacturer Husqvarna is leading the charge when it comes to the mainstream integration of electric scooters. Although just a concept, Husqvarna has big plans for its Vektorr electric scooter. Being jointly developed by Indian automotive giant Bajaj, the Vektorr will be based on the Bajaj Chetak platform, a lightweight electric scooter which has seen relative success in the Indian market. However, the Husqvarna Vektorr’s charm lies mainly in its styling. At a glance, it’s clear to see that Husqvarna has remained true to its retro-inspired modern styling. The Vektorr concept has an almost space-age aesthetic to it—similar to the design language we see in the Husqvarna 401 range of street bikes. 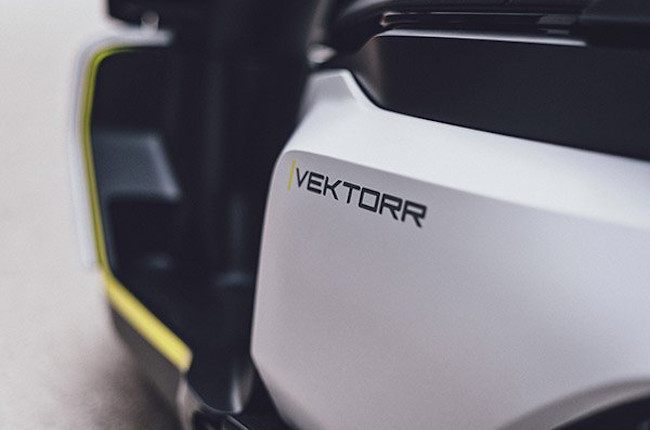 As far as tech is concerned, Husqvarna claims that the Vektorr will have a top speed limited to just 45 kilometers per hour, making it clear that this scooter is meant strictly for around-town, urban commuting, as opposed to high speed, long distance travel. Additionally, Husqvarna claims that the Vektorr will be capable of an impressive 95-kilometer range on a single charge. Apart from this, little information has been revealed by Husqvarna other than the fact that the company plans to release the production-ready Vektorr sometime in 2022.

Husqvarna and parent company KTM recently joined a consortium geared towards the development of standardized, swappable batteries for electric motorcycles. While Husqvarna makes no mention with regard to the specifics  of the Vektorr’s battery pack, chances are we could see an early iteration of said standardized, swappable battery tech. We’ll be sure to keep an eye out for updates on this scooter, and we’ll let you know once we get more information on this upcoming electric two-wheeler.