Rumors from Japan have been circulating online about the possibility of Honda releasing a new adventure and touring motorcycle. The source of the rumor, none other than Young Machine magazine is known to have inside industry information from Japan’s ‘Big 4’. In the past months, they have predicted the release of Honda’s ‘Baby Fireblade’ and a bigger Rebel 1100 in development.

Will Honda unveil the new CBR650RR-R in October?

As early as 2019, and even earlier in 2020, talks have been already going around about a mid-range Africa Twin. The latest rumors are starting to point out to a smaller-capacity engine to power an entry-level adventure tourer. 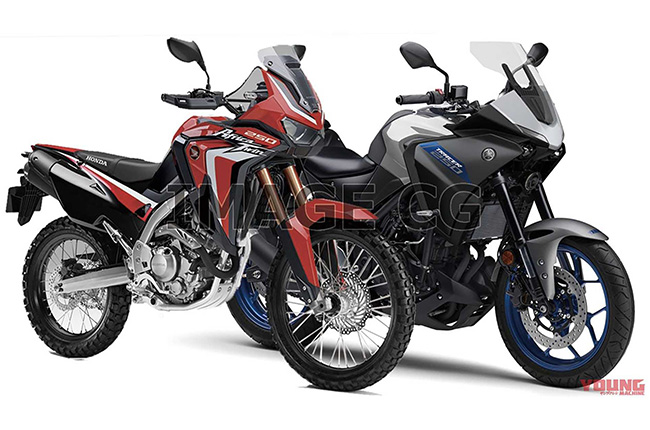 It was said that two of Japan’s biggest motorcycle brands, Honda and Yamaha are rumored to be taking the plunge into releasing small capacity adventure touring machines within the 250 cc range in the near future. Between the two, it seems more feasible for Honda to release a new ADV bike. For instance, Young Machine pointed out that it would be fairly easy for Honda to fit the bill that could be based on its existing CRF250 Rally. The publication added that Honda could potentially rebrand the CRF250 Rally into an African Twin as an update. All it would take is fitting a larger fuel tank to extend its range, with a little bit of touring flavor into its bodywork and livery. With the existing CRF250’s touring windscreen, sump plate, and semi-fairing, all it would take would be a few tweaks to convert it into a more road-oriented adventure tourer from an enduro machine.

At this point, Honda has neither confirmed nor denied the development of the rumored 250 cc adventure bike. However, for many of you are banking on these rumors to come true in the near future, we wouldn’t be so surprised. After all, the Japan-exclusive CBR600RR was eventually released months after it was predicted by Young Machine.