The internet has been blowing up with moves by Honda despite canceling their participation over two of the biggest motorcycle shows in Japan, the Tokyo Motorcycle Show, and the Osaka Motorcycle Show. The new Fireblade bagged a Red Dot Design award, they launched some exciting new motorcycles online such as the CT125 Hunter Cub, and the new CB-F Concept. Reports speculated the release of even newer variants of already loved motorcycles such as a middleweight Africa Twin, and a 600 cc powered CBR600RR-R Fireblade may be in the works. 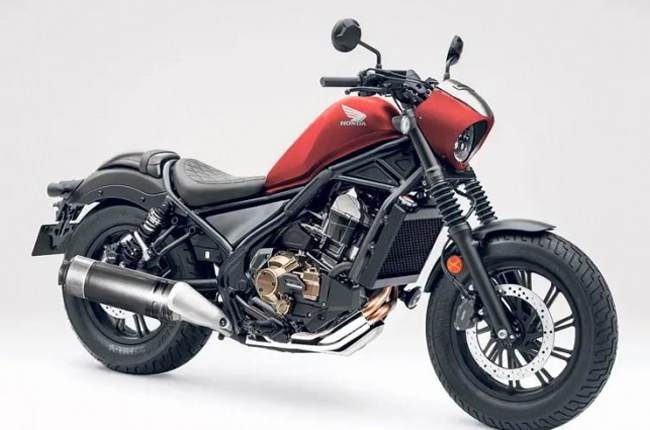 The latest rumor to have surfaced over the internet is the release of a Honda Rebel with a bigger 1,100 cc engine. This was based on a report that came on the April 2020 issue of a well known Japanese publication, Young Machine, who also first reported on the middleweight Africa Twin and CBR600RR-R Fireblade. Historically, some of their predictions in the past eventually came into fruition such as their reports about the upgraded Africa Twin and Kawasaki ZX-25R which are now both out in the market. They predict the new Honda Rebel 1100 will be powered by a 1,100 cc parallel-twin engine similar to that of the Africa Twin, albeit tuned differently. From this, we can expect a bump in the power of the current Rebel 500 from 45 hp to about 100 hp.

Patent applications filed with the United States Patent and Trademark Office also leaked out online which showed sketches that appeared like a bigger Honda Rebel with the same 1,100 cc engine found in the Africa twin. Other online publications went even far enough to say that the new Honda Rebel 1100 will be equipped with more premium components and could be launched in EICMA this November. This suggests that Honda is poised to take on Harley-Davidson and Indian’s cruiser market with a new motorcycle. After the Honda Rebel was launched just a couple of years back, the new 2020 Honda Rebel 500 received a new update with a new front cowl, LED headlights, a slipper clutch, and a gear indicator.

Whether these rumors eventually grow to a more substantial state of fact, only time will tell. In the meantime, we can all sit back and revel on the possibilities of a new Honda cruiser that’s blowing up the internet.