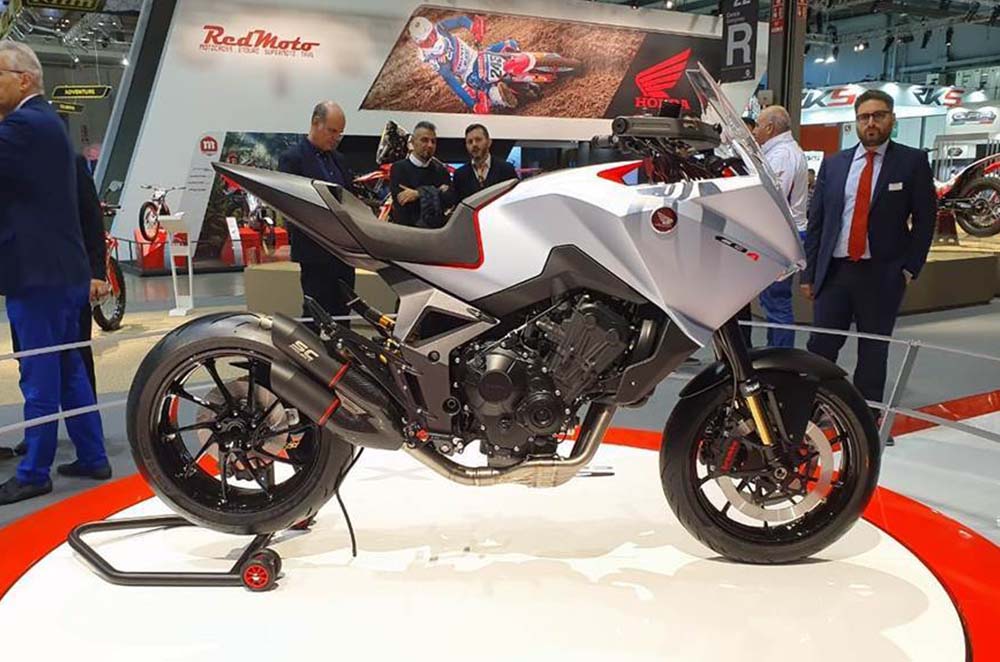 Honda has been teasing us all with a four-cylinder adventure bike for a couple of years. During the last EICMA in 2019, Honda has teased us with the CB4X adventure sport concept. It was powered by the same 650 cc four-cylinder engine seen in the Honda CB650R. However, nothing much was revealed about the bike and whether or not it would jump from concept into production. Right now, Honda just took a step further by filing a patent with the European Intellectual Property Office revealing a potential inline-four powered adventure tourer, a motorcycle they’ve never produced before. Based on the sketches of the patent, it doesn’t seem that it veered away much from the concept revealed in EICMA other than some details to make them more appropriate for production like its front brake calipers, rear shock, and tires.

With much success seen in Honda’s middleweight engine seen in their very own CB650R “neo-sports cafe”, they’re now using it as a footprint for developing more motorcycles, such as the CB4X concept. This kind of move is not unprecedented as we have seen the same engine of the CBR250 evolve into the CB300R, Rebel 300, CRF250L, and CRF250 Rally. Thus, building a new inline-four based adventure motorcycle is a bold move from Honda, but considering that the motorcycle will be borne out of a very successful platform, it only makes sense that more motorcycles would be produced out of it.