If you’re one who enjoys taking your motorcycle out on a weekend morning to go for a ride, then you’re probably well acquainted with the beautiful twisty roads that lead to and from Kaybiang Tunnel, in Maragondon. Head over there on a Saturday or Sunday morning and you’re bound to see flocks of people standing on the road having their buddies take photos of them standing next to the landmark.

What once was a quiet stretch of road on a weekday becomes a bustling tourist destination with vendors selling drinks and souvenir items on the side of the road on weekends. Frequented by cyclists, motorcyclists, car enthusiasts, and beach-goers alike, that area is also conveniently located, as it’s just a couple hours drive from the Metro. That being said, Ternate, a district in Cavite which is situated near the area, has recently implemented an Ecological Fee for all tourists passing by on their way to the tunnel. The fee? Well, it’s P20. 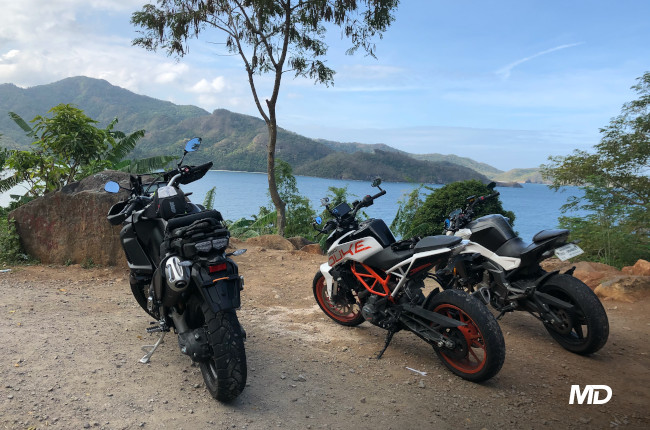 Interestingly, the plan to implement an ecological fee had been in the works for the past 7 years. Under Municipal Ordinance No. 5, Series of 2014, tourists are now required to pay an ecological fee of P20.00 per head upon entering the town. First being seen on social media, the newly implemented collection of the P20 Ecological Fee was met with mixed reactions, many of which criticizing the local government for imposing such a fee. On the other hand, others find that the P20 fee is justifiable, so long as the local government takes measures to preserve and maintain the roads and tourist amenities in the area in order to ensure the safety of the tourists.

Ternate, as well as multiple other towns in the region were among those under the General Community Quarantine last year, and required all visitors to present medical clearances or health certificates upon entry. As a result, the number of tourists in the area had significantly declined—a major role in the economic upkeep of the towns and cities in CALABARZON. That being said, the imposition of the P20 Ecological Fee could substantially help the town of Ternate from an economic standpoint.