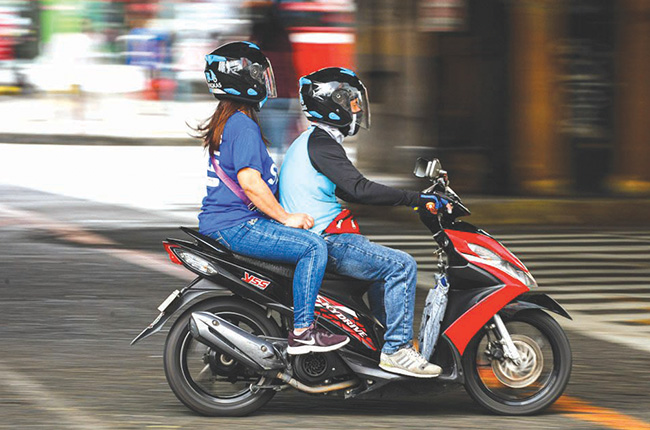 In September of 2019, Parañaque congressman, Eric Olivarez, filed House Bill 5136, which aims to require all motorcycle owners and/or riders to register their helmets with the Land Transportation Office, or LTO prior to acquiring a driver’s license. The proposed law stipulates that at least one helmet per motorcycle owned or driven must be registered with the LTO.

Naturally, with all this coming to surface just recently after passing through a string of approvals, the motorcycle-riding community did not take this well, especially in the midst of a global pandemic, and not to mention the increasing number of fees and requirements being slapped on riders and deemed as discriminatory. With numerous citizens taking to social media and calling Olivarez's new Bill as discriminatory, the congressman subsequently requested this bill be deferred.

Following the massive backlash against the politician, Congressman Olivarez wrote on his social media page his intention to have the bill he authored deferred. “I asked the committee secretary to defer this proposed law.” he stated in a long post on his official Facebook page. The reason behind the crafting of this bill was apparently to reduce the threat of riding-in-tandem criminals. Similar to the highly controversial RA11235, or the Doble Plaka Law which requires large license plates front and rear in an attempt to curb riding-in-tandem crimes, which received similar, albeit even stronger backlash.