MV Agusta joined forces with Alpine back in December 2020 to bring us a very limited series of bikes inspired by the Alpine 110. The MV Agusta motorcycle that served as the blank canvas for this project was the Superveloce, naturally, as both vehicles share a very similar and timeless elegance that seeks to evoke emotions whether being driven or admired. 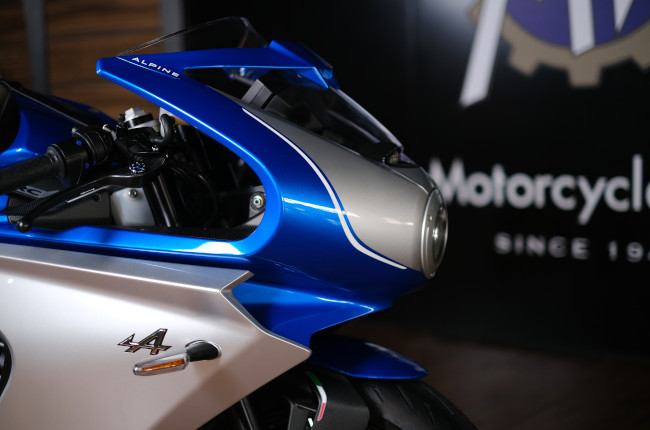 MV and Alpine share the same passion for breathtaking design and beautiful engineering. Both companies have also shined in motorsports and performance is still evident in the way their vehicles ride and drive. The special edition MV Agusta Superveloce will be limited to a 110-unit production run. The model is based on the Superveloce 800, a three-cylinder motor that can be found in its frame, and it creates up to 147 hp at up to 13,000 RPM, with a top speed of 240 km/h. The graphics on the Alpine edition are bespoke, featuring Alpine branding and the trademark Alpine Blue. Premium performance awaits would-be owners, that is if they can stop admiring the bike’s beauty first. Other than that, a perfect synthesis of identities between both brands was achieved in this product. MV Agusta’s spearhead design division, Monaco Design Studio, worked closely with Alpine to bring us this product. The blue livery of the Superveloce Alpine matches what is currently on the A110. No mere decals were added, instead, raised ‘A’ logos can be found on the fairings as well as black Alcantara seats with blue stitching. To add to that, the French and Italian flags are displayed side-by-side to mark the collaboration between the two brands. 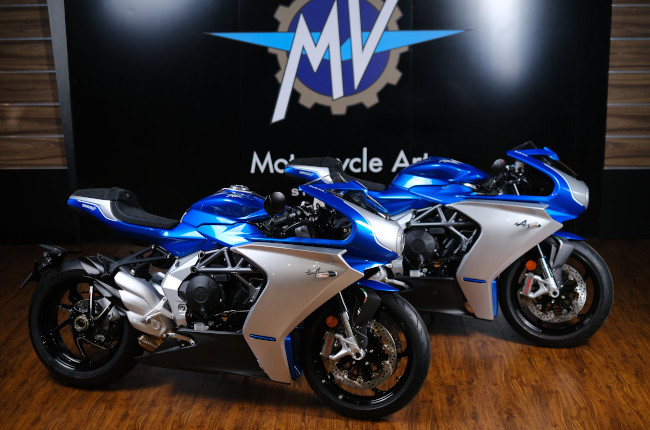 Many Alpine customers are also big MV Agusta fans, and vice-versa. The Superveloce Alpine will ideally bring the two worlds together with incredible synergies in terms of design, personality, and style. We look forward to this collaboration with one of the most admired brands in the history of motorsport and are confident that this new, superb limited edition will be met with enthusiasm by bikers and motorsport fans around the world.
Timur Saradarov
CEO, MV Agusta Motor S.p.A. If you want a piece of history, the Alpine edition of the Superveloce 800 can be yours for P2,200,000, and Philippine allocations will be limited, so get a quote right away.