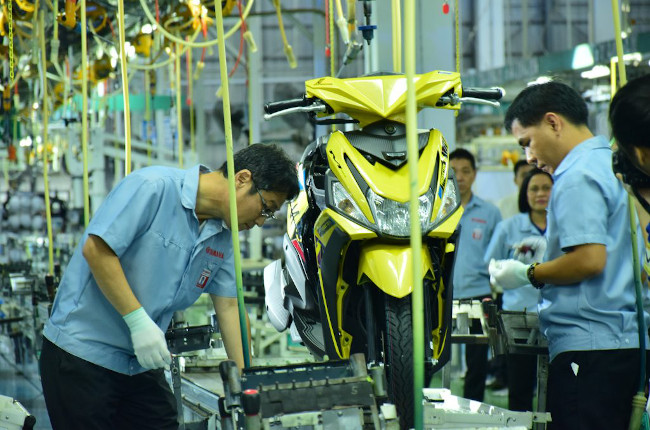 It looks like the local motorcycle industry has picked up some steam over the past few years, as the Department of Trade and Industry (DTI) has stated the our country is fast becoming a motorcycle manufacturing hotspot in the ASEAN region. With multiple motorcycle manufacturers gearing up and setting up shop on our local shores, the industry stands a chance of drastically improving the economy.

In Security Bank’s 2021 Economic Forum entitled “The Future of the Philippine Manufacturing Industry,” DTI Secretary Ramon M. Lopez stated that he sees a lot of potential in the rapidly growing motorcycle manufacturing industry in the Philippines. A few key highlights in the local scene include Honda’s continuous manufacturing of small, low-displacement commuters which are currently enjoying successful sales figures all over the country. Honda’s local manufacturing prowess has been so acclaimed that the company will soon be exporting Philippine-made bikes overseas, particularly to New Zealand.

Feast your eyes on the all new Yamaha Sniper 155 On the premium side of things, Ayala’s flagship motorcycle offering, KTM, continues to see rapid growth, not only in the premium entry-level segment, but in the fast growing big bike segment. It’s interesting to note that KTM’s 790 range, consisting of the 790 Adventure, 790 Adventure R, and 790 Duke, are the first big bikes to see local assembly here in the Philippines. Because of this, Team Orange has been able to offer these premium machines at very enticing price points. Of course, KTM’s 390 range also continues to enjoy an impressive turnaround in the local market.

Other notable developments in the local motorcycle manufacturing industry include Yamaha’s expansion to its new production facility in LIMA Technology Center in Batangas. In this new world-class facility, Yamaha’s premium commuters in the form of the NMAX 155 and Aerox 155 will see local assembly. Reports suggest that the Japanese motorcycle manufacturer will also begin producing other premium machines in the new facility.