It’s already September 2020, and we’re already heading towards the tail-end of what’s already been a challenging year. Yet, Royal Enfield already raised the Classic 350’s price for the second time. In India, as motorcycle manufacturers move forward to comply with the stricter BS6 emissions standards to stay in the market, price increases are expected throughout its model range. However, notable upgrades could have justified the increase. With Royal Enfield, it’s not necessarily the case. As far as its design and mechanical output are concerned, the Classic 350 remains the same motorcycle. The older single and dual-channel ABS versions are looking at a price increase of Rs. 1,837 or about P1,220. The most current BS6-compliant Classic 350 reflects an increase of Rs. 16,000 or about P10,600. In any case, you are still left with the same 8 color choices of the Classic 350, which gives you the most options from Royal Enfield’s model range. 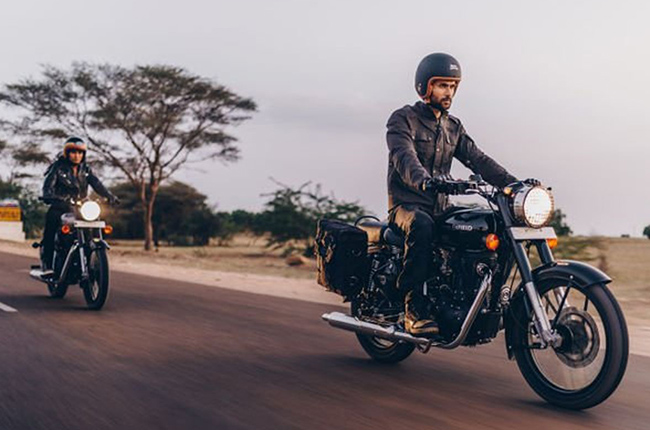 Meanwhile, the Meteor 350, Royal Enfield’s latest addition to its motorcycle offerings is still expected to be officially launched later this year. It’s been speculated that the launch of the Meteor 350 could coincide with this year’s celebration of the Diwali festive season. However, we still haven’t received official word on how the Meteor 350 will be priced compared to the Classic 350. Furthermore, others suggest that the current price increase of the Classic 350 could have been made pre-emptively to strategically keep it along the lines of whatever plans Royal Enfield has for the Meteor 350 and its pricepoint.

Royal Enfield is rumored to release a new 350 cc bike.

Of course, soon after the Meteor 350’s launch, it would be fair to expect that an updated version of the Classic 350 would come sooner or later. Perhaps yet another price increase would again be warranted as soon as they hit the showrooms. We’re just hoping that when Royal Enfield Philippines finally decides to increase its prices, it wouldn’t be so restrictive for people who are looking into buying their first motorcycle, as the Classic 350 still remains an excellent choice for people who like timeless classics.