CFMoto officially launches the 300SR, its latest entry-level sportbike that offers a unique sporty design with superb handling and agility. The 300SR is yet another offering from the brand that should be able to appeal to sportbike racing fans, but with a much more affordable price. This is the first time CFMoto has announced that it would be launching a new 300 cc powered sportbike.  The specifications and features of the new 300SR are designed to give you the best bang for your buck that can easily be pitted against its Japanese competitors. It’s light enough for daily commuting, yet still capable of some fun on the track. After all, that’s what CFMoto is all about, they want you to get ready and play to win.

CFMoto, set to release its new 300SR in the Philippines. 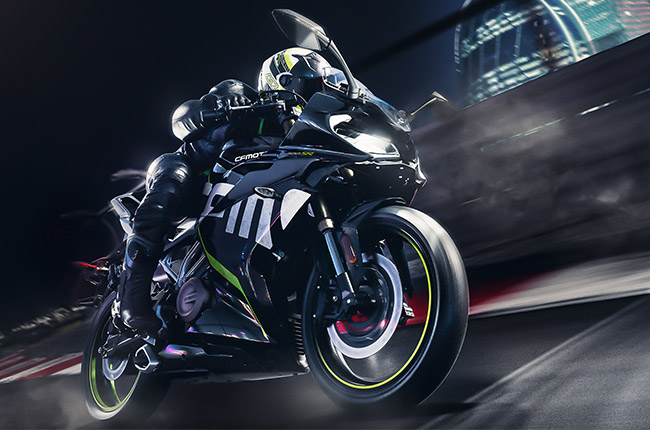 The 300SR is designed to open up the world of motorsport to new young potential racers. Its aggressive and streamlined design is meant to evoke sportiness and fun to its driver, while still maintaining a muscular profile and aggressive stance to illustrate its racing capabilities. After all, it’s designed by racers, for racers. The 300SR is powered by a 292.4 cc single-cylinder, DOHC engine with Bosch EFI capable of producing 28.6 hp of maximum power at 8,750 RPM and 25.3 Nm of torque at 7,250 RPM mated to a 6-speed manual transmission. Its cylinder head features some noise-reduction technology that effectively reduces the vibration of the cam chain, resulting in less noise and greater fuel efficiency from the engine. It also has a counter-balancing shaft that lessens engine vibrations even at high revs. Stopping duties are made by a 292 mm disc brake with a four-piston caliper in front, and a 220 mm disc with a single-piston floating caliper at the rear. You wouldn’t have to worry about skidding your tires when braking aggressively as it comes standard with ABS. It also features a full-color TFT display with two interchangeable interfaces — Sport and Eco that’s visible in all lighting conditions. The TFT display provides you with all the necessary information the rider needs including your speed, tachometer, fuel, and gear indicator. In addition, CFMoto will be offering modification kits to customize the machine to your liking.

With a very attractive price tag of P165,000, we wouldn’t be surprised if the 300SR easily becomes one of the most inquired entry-level sports bikes on the Motodeal platform in the near future.