After launching the 250SR and 300SR in 2020, CFMOTO could be gearing up to unveil two new sporty single-cylinder models dubbed the 250SR-R and 300SR-R.

Reports from China indicate the 250SR-R sportbike will launch first, quickly followed by the 300SR-R in markets where the bigger engine is available.

The new sportier versions are said to be based on the 250SR and 300SR, which are essentially the same models that produce roughly the same power. The only real difference between them is they're sold in different markets due to various regulations. Both bikes also share the same dimensions and wet weight.

According to reports, the new 300SR-R could feature the same 292.4cc single-cylinder engine as the current 300SR. This engine is capable of 28.6 hp and 25.3 Nm of peak torque. While the engine could remain unchanged, what makes the 300SR-R a sportier model is a significant weight reduction. 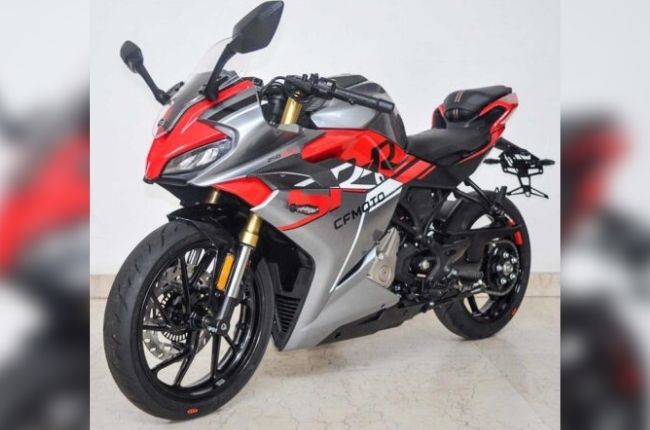 The 300SR-R will reportedly be 8kg lighter than the 300SR. How CFMOTO has managed to take this much weight from the new model remains unclear. We can speculate that the Chinese bike manufacturer opted to use lighter components for the body and engine. Apart from this, the sportier models could apparently be equipped with a new single-sided swingarm, rear wheel, and gold-painted front forks.

If the Chinese documents are to be believed, CFMOTO might be ready to release the 250SR-R and 300SR-R soon. A production-ready version of the sportbike has been spotted, which could mean that the launch isn't far off.

While there's no word yet on a local release, there's a chance that the 300SR-R could reach our shores. Motostrada, the official distributor of CFMOTO motorcycles in the Philippines, has made a range of models available.

This includes the CFMOTO 300SR, which is available now. As previously mentioned, the 300SR sportbike features a 292.4 cc single-cylinder mill that puts out 28.6 hp and 25.3 Nm of torque. Its engine is paired with a 6-speed manual transmission. Twin discs are available for braking, with ABS coming in as standard. The bike's features include full-LED lighting and a 5-inch, fully-digital TFT instrument panel.