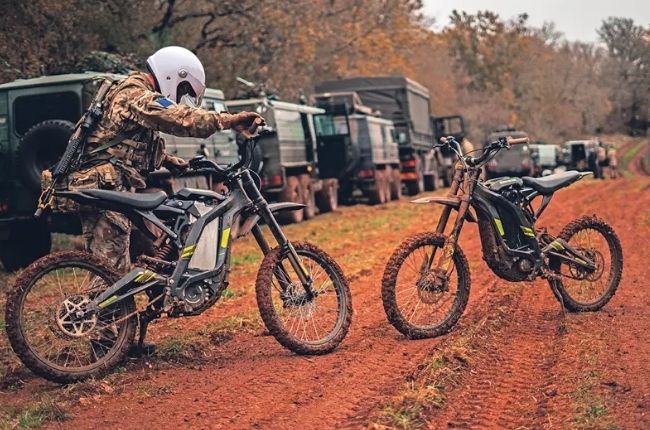 Electric motorcycles have emerged as an attractive option for many of the world's military. The United Kingdom's British Army is the latest to join the fray, as it has begun testing two models of the Sur Ron electric performance bike for paratrooper airdrops.

The news and photos come from MCN, which reported on the topic first. According to the news outlet, the British Army had not experimented on two-wheelers in over a decade, so this latest push is a curious one. Behind everything is Captain Dan Lauder of the 16 Air Assault Brigade. Lauder helped bolster the operations of one of the UK's premier expeditionary forces. 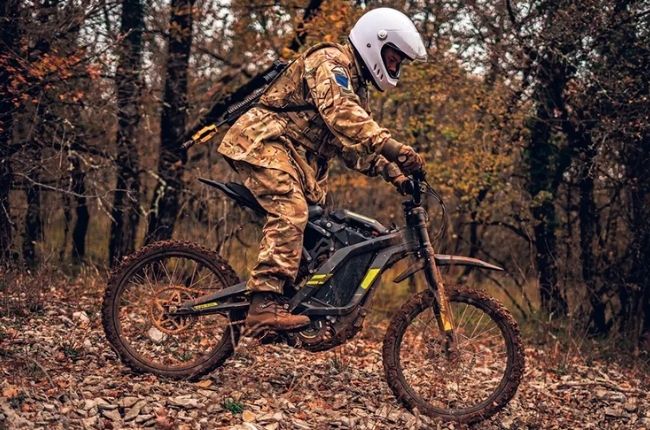 Lauder filtered through many candidates until landing on the Sur Ron Light Bee. The electric dirt bike won the Army over with its lightweight design, efficient heat dissipation, and minimal noise. The Light Bee delivers 6kW of power (about 8 hp) and 39 Nm of torque.

It has a modest top speed, coming in at around 72 km/h. It's incredibly light, though, and at a mere 47 kg, it's a zippy little machine that can run for up to 60 miles in a single charge. The removable lithium-ion battery pack charges in under 3.5 hours. While the UK has moved away from two-wheelers as a military transport, that could change as the technology matures. The Sur Ron Light Bee could be the catalyst, as it provides the British Army with a lightweight and portable mobility option. Due to its small construction, the Light Bee can be stored inside helicopters and planes. It's a suitable vehicle for a world-class air assault brigade.

For now, The British Army continues to test the Sur Ron Light Bee. Its biggest challenges include power management and range anxiety. Depending on how the tests shake out, Sur Ron could end up learning a thing or two from the Army. The Sur Ron Light Bee is not directly available in the Philippines, but we've seen some resellers price it at around P250,000 and above.