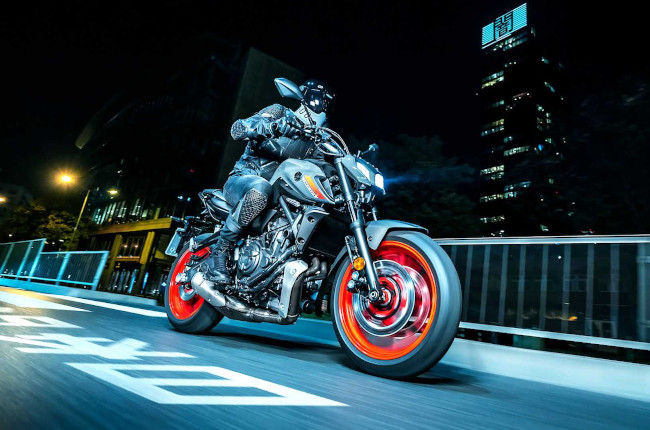 Ever since making its debut in 2014, the Yamaha MT-07 has been considered by many as one of the best middleweight motorcycles in the world. Built as a direct response to the Suzuki SV650, Yamaha set out to redefine the 650cc class of motorcycles with a machine that was loaded with performance, style, and practicality. Fast forward some seven years later, and the MT-07 has now become the best-selling motorcycle in Europe, and Yamaha’s best-selling big bike in the world.

However, as the recent crop of technologically advanced and more sophisticated middleweight naked bikes emerged, the Yamaha MT-07 began looking a little long in the tooth. Decked out with full-color LCD displays, LED headlights, and eye-catching bodywork, the bikes like the Kawasaki Z650 began to take the spotlight, putting the MT-07’s rather barebones construction and lack of fancy features to shame. Finally, late last year, Yamaha unveiled a much-needed update to their world-famous naked bike. While retaining the same formula of the original MT-07, Yamaha bestowed the bike with some updates that place it on par with the competition. To complement the bike’s superior power delivery and lightweight construction, Yamaha has fitted a brand-new LED headlight, making the MT-07 a perfect fit into the MT lineup of bikes. Up until now, only the MT-07 still featured a halogen headlight, with even the smallest bike, the MT-15, beating it with a set of futuristic LED headlights. Additionally, Yamaha has fitted a set of wider handlebars to give the bike a sportier stance. This also gives the rider more leverage when tackling twisty corners. Lastly, the bike’s 689cc, crossplane crank, parallel twin has been tuned for smoother power delivery, and pumps out around 72 horsepower, making it one of the most powerful parallel-twin-equipped bikes in the 650 class.

As far as pricing goes, the existing Yamaha MT-07 retails for P439,000. When unveiled in the Bangkok International Motor Show, the new bike was announced to go on sale for ThB 289,000, or the equivalent of P453,000. That said, it would appear that the updates to the bike have resulted in quite a significant price increase. With duties and taxes considered, we will likely see the local retail price approach the half-million peso mark.