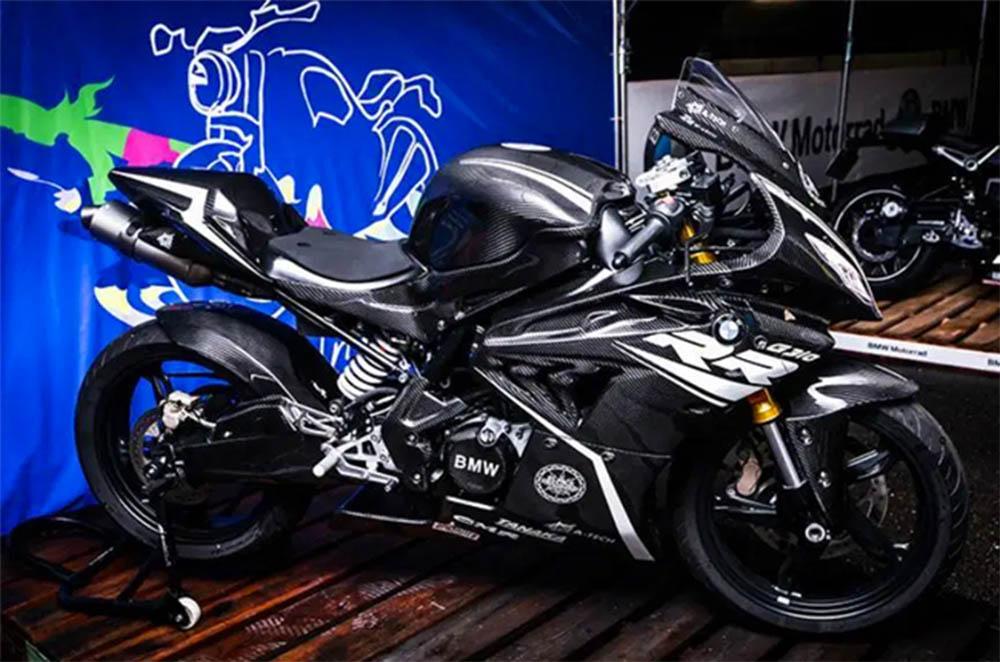 BMW currently has two motorcycles based on the 313 cc engine made in partnership with TVS Motor Company Limited, the naked G310 R, and the dual-sport adventure bike G310 GS. The two bikes are engineered by BMW but produced by TVS, and make no mistake, the resulting motorcycles are more than capable of using the same engine, chassis, and some other components. Two years ago, BMW displayed a fully-faired concept model sports bike carrying the same engine at the 2018 BMW Motorrad days. Two years later, the concept is now closer to production — or so we think. TVS has already been producing a fully-faired sports bike with the same 313 cc engine called the Apache RR 310. Its engine has been recently upgraded to meet India’s stringent BS6 emissions standards, at the same time making it at par with Euro5 standards. This would also make the bikes easier to export since the emissions standards are already met and this holds true with resulting bikes from the partnership, the BMW G310 R, and the G310 GS which are sold around the world.

TVS has confirmed through its president and CEO, K.N. Radhakrishnan, that another bike could result from its partnership with BMW.

With respect to BMW, I think they are extremely happy. The two products are doing extremely well. We have launched our one version [the Apache RR 310] on that platform, the new one with BS-VI engine was recently launched. And we, possibly next year, will have one more variant of that from TVS Motor Company.
K.N. Radhakrishnan
TVS President and CEO

We’re hoping that the new variant that he’s speaking of would carry the BMW badge. If a new BMW entry-level sportbike is in the pipeline, we can expect it to have the same fit and finish seen from its older and bigger sibling, the S 1000 RR. Let’s just hope that when the time comes and  BMW Motorrad Philippines releases it on our shores, its pricing remains competitive along with the G310 R and G310 GS. Whether we see it by the end of the year, or by early 2021, only time will tell, and we’ll keep our fingers crossed.