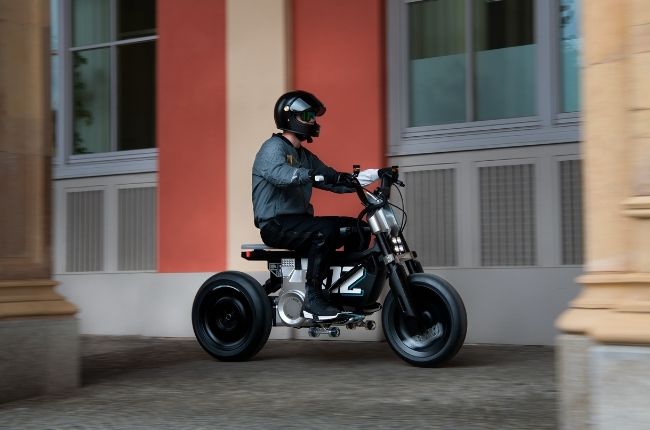 Over the past decade, there has been a marked resurgence in interest in small motorcycles. The Honda Grom is generally considered a pioneer in this regard. Launched in 2014, the Grom mini bike has since sold tens of thousands of units across the world.

Mini bikes are praised for being beginner-friendly and easy to maintain, so it’s no surprise that Honda’s competitors chomped at the bit to release their own models. One of them is Kawasaki, which unveiled the Z125 mini bike four years later in 2018.

Now, there’s another brand looming, and they’ve come out with one of the most exciting small motorcycle concepts in recent memory. 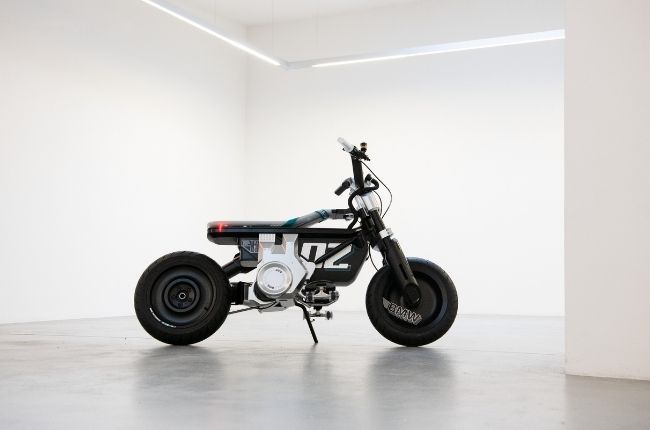 BMW Motorrad isn’t just dipping its toes in the mini bike space, it’s doing so with electric mobility in mind. The rise of mini bikes has been in parallel with the increasing popularity of electric vehicles. With that in mind, it makes sense that BMW would put two and two together to create the CE 02 concept.

While BMW will deny the CE 02 is a mini bike (the company says it’s neither a motorcycle nor a scooter), the concept vehicle sure looks and feels like one. Design-wise, BMW went with a minimalistic and functional body. The two-wheeler makes use of a tubular steel frame with a layer of machined alloy covering the motor and transmission. 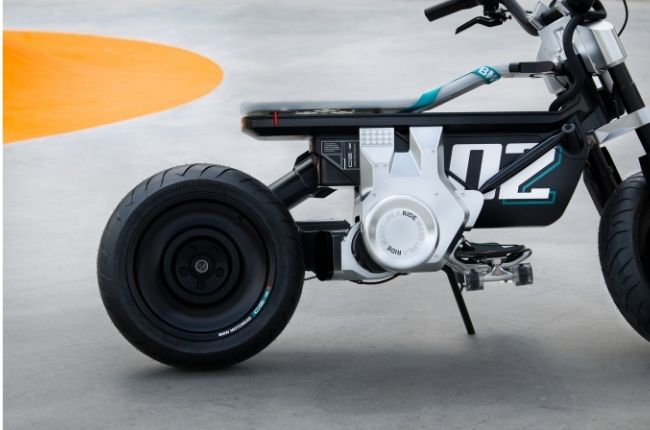 In place of footpegs, the CE 02 concept vehicle has a bottom-mounted skateboard for resting your feet. Of course, the skateboard doubles as a fun little way to get around town when your electric mini bike runs out of battery. The skateboard is removable, and the underside carriage can store anything that fits. 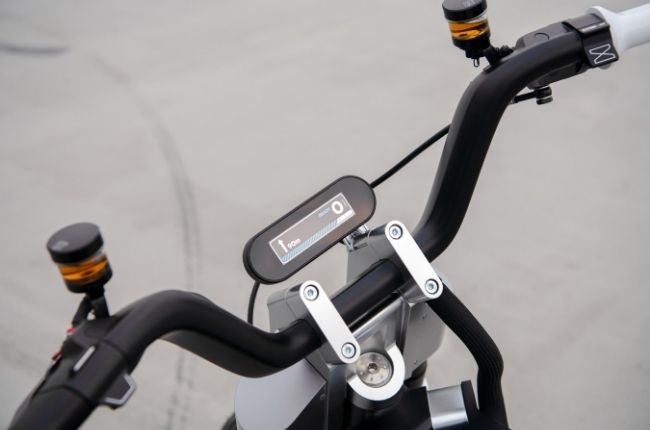 It’s a bit surprising that the CE 02 doesn't come with the latest and greatest digital display technology. Instead, the concept bike gets a simple LCD that displays practical information like speed and range. We can’t knock BMW for staying with its minimalist design philosophy here.

As this is a concept vehicle, some elements are missing, including turn signals and reflectors. Apart from that, the electric two-wheeler has four LED headlamps and an LED taillight. 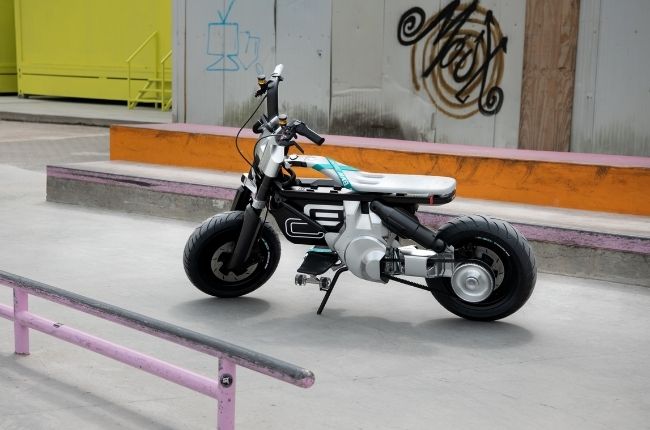 The BMW CE 02 sips power from an 11 kW motor capable of up to 15 horsepower. With a top speed of 90 km/h, this puts its performance at par with some of the best mini bikes available today. For comparison, the CFMOTO ST Papio mini bike produces 9.2 horsepower with a 125cc engine. The Grom puts out 9.7 horses, and the Z125 makes around 14.5.

It’s clear that the CE 02 isn’t short on power, but the one thing that might hold the vehicle back is its range, which at full charge tops out at a paltry 90 kilometers. The limited range is expected as the bike comes with a relatively small battery pack. 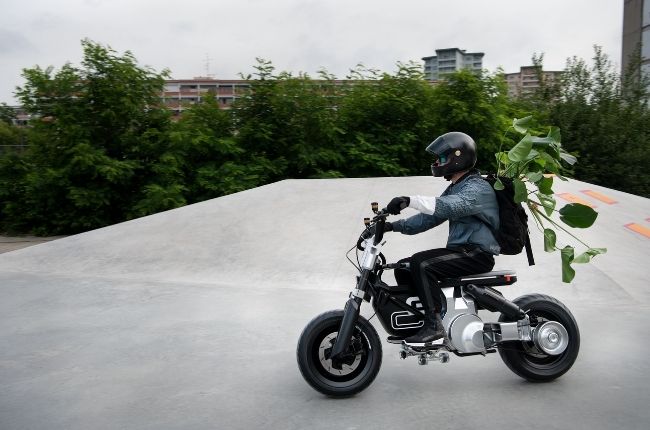 Based on the photos, the CE 02 concept appears to be using three batteries totaling 36V. A future production version could carry a different battery pack. Depending on how much battery technology improves between now and then, the range could even improve slightly.

The real question is, will BMW put the CE 02 into production? We think there’s a very real possibility, especially since the German company has already begun producing the CE 04 electric maxi-scooter. The CE 04 was first unveiled as a concept vehicle in November 2020 before turning into reality about half a year later.

The same could very well happen to the CE 02. In any case, we’ll learn more about BMW’s newest concept vehicle when it’s showcased in Germany this September at the 2021 IAA Mobility event.