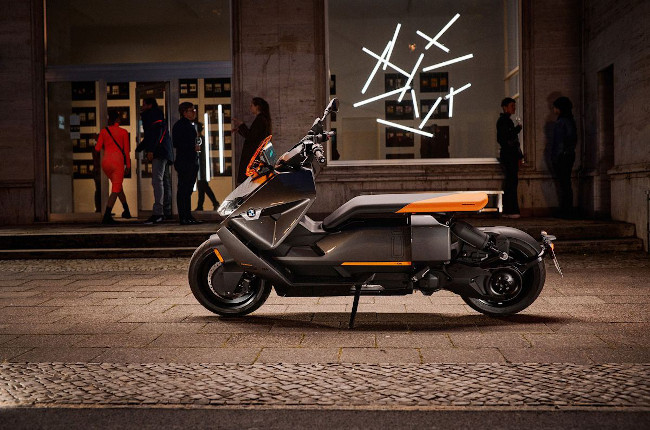 The future is now. This is exactly the message that BMW is sending the world following the official launch of the highly anticipated CE 04 electric scooter. In the past few months, a lot of hype has been surrounding this radical electric two-wheeler, as it certainly represents the future, not just of BMW, but of the entire motorcycle industry. Now, what exactly can we expect from the BMW CE 04, and is it well and truly the future of two-wheeled mobility?

For starters, the BMW CE 04 is as much a style icon as it is a mobility solution. It’s clear to see that BMW has stepped well outside its comfort zone in terms of the scooter’s design, as it looks nothing like anything we’ve ever seen from the German company before. At a glance, the BMW CE 04 bears rather large proportions—similar to its 300cc maxi-scooter counterparts. The best part is that the production-ready CE 04 looks nearly identical to that of the concept bikes BMW has been showcasing over the past few months.

The BMW CE 04 is finished in a Light White color scheme with flat black accents. It also gets an Avant-garde Style variant which features a sleek Magellan Grey paint scheme with a striking contrast of black and orange highlights. On the performance side of things, the BMW CE 04 isn’t your run of the mill e-scooter. It gets a powerful electric motor which pumps out the equivalent of 42 horsepower. This propels the electric scooter from 0 to 50 kilometers per hour in under 3 seconds. To top it all off, the scooter’s 8.9kWh lithium-ion battery promises to return an impressive range of 130 kilometers.  The BMW CE 04 gets a 2.3kW charger as standard which enables the battery to get charged from zero to full in around 4 hours and 29 minutes. An optional 6.9kW charger can be availed of, which boosts its charging time to an impressive 1 hour and 40 minutes.

As far as features are concerned, the CE 04 gets all the bits and bobs you’d expect from a futuristic electric scooter. Safety features such as ABS, and automatic stability control come as standard. Meanwhile, enhanced performance is available via a slew of optional Pro features such as cornering ABS and Dynamic Stability Control.

As far as pricing and availability is concerned, BMW has yet to announce the official pricing of the new CE 04 electric scooter. However, we’re almost certain this scooter will command quite a hefty price tag. This isn’t surprising, though, as when the words “BMW” and “new technology” are used in a sentence, this usually translates to something very, very expensive. Nonetheless, the BMW CE 04 is undoubtedly the definition of the future of two-wheeled mobility.