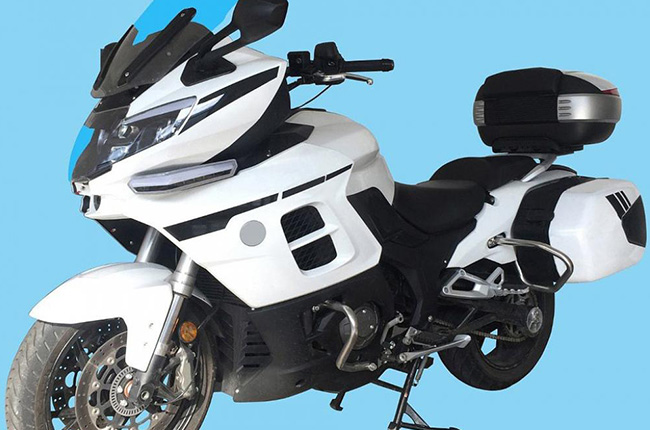 Benelli has been quite aggressive with their releases of new bikes. Just last week, the brand announced its release of the new inline-4 middleweight naked streetfighter, the TNT 600i, and their latest Adventure bike in development, the TRK800. Now, spy shots have surfaced online revealing a new large-displacement tourer that Benelli is working on. The new touring motorcycle will be called the Benelli BJ1200 GT which was originally meant to be built for the Chinese police force as their new patrol bike as its sister company, Quianjang presented the model to the Chinese police as the QJ1200J. However, footage from the launch of the bike revealed a Benelli badge somewhere near the bike’s ignition which strongly suggests a civilian version would also be built by the company. It is poised to compete against the BMW R 1250 RT sports tourer.

The motorcycle would also feature an all-LED lighting system, analog dials, and a color TFT LCD screen to display all the necessary information the driver needs. It would also feature power-folding mirrors, a tire-pressure monitoring system, ABS, and traction control. However, one of the most notable safety features the BJ1200 will have would be its radar collision avoidance system which would alert the driver for a pending collision. After all, Benelli’s sister company also happens to be Volvo, an industry leader when it comes to safety systems. Both Volvo and Benelli are all under the same umbrella of the Geely Holding Group.

With the schedule of releases that seem to be giving Benelli quite a handful, we can expect the new BJ1200 to be released sometime around 2021.