The bar and shield motorcycle manufacturer has been talking about building their own in-house electric bicycle for quite some time now. In the last two years, Harley-Davidson has been teasing with the prospect of creating one even before the company’s management was revamped under Jochen Zeitz’s new regime. Today, its very first prototype breaks cover as Harley-Davidson’s first prototype e-bike under its dedicated electric bicycle brand, Serial 1 Cycle Company. The name Serial 1 Cycle company pays homage to the very first motorcycle that Harley-Davidson built back in 1903, aptly named “Serial Number One.” Back then, motorcycles were basically just bicycles that were powered by a small engine positioned right in front of the pedals. These rudimentary machines were built by William Harley, Arthur Davidson, and his brother Walter in their family’s shed.

When Harley-Davidson first put power to two wheels in 1903, it changed how the world moved, forever. Inspired by the entrepreneurial vision of Harley-Davidson’s founders, we hope to once again change how cyclists and the cycling-curious move around their world with a Serial 1 e-Bicycle.
Aaron Frank
Brand Director, Serial 1 Cycle Company 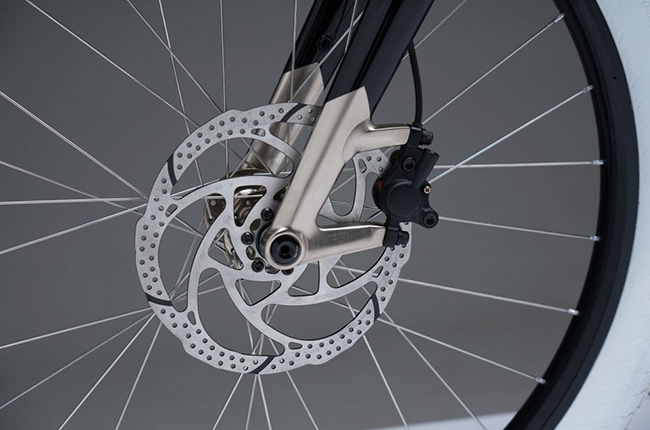 The e-bicycle project began when a small group of passionate motorcycle and bicycle enthusiasts from within the company decided to work together and focus all their efforts on designing and developing an e-bicycle worthy of the Harley-Davidson name. Later on, they secured approval from the company itself and decided to create a spin-off electric bicycle company focused on nothing but delivering a premium e-bike product and experience. With that, Serial 1 Cycle Company was born. 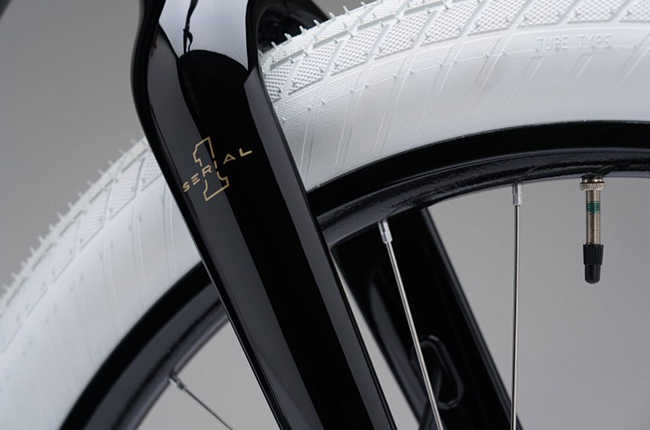 The first prototype is considered a “styling exercise” that’s not necessarily intended for mass production —  well at least not yet. It takes its design cues from the original 1903 Serial Number One motorcycle. Its design includes a mid-drive motor, frame integrated headlights, and tail lamps, plus a belt drive system, similar to that found on Harley-Davidson’s motorcycles. It also features an elegant Brooks leather saddle and hand grips. Stopping duties are taken care of by a pair of Tektro dual-piston hydraulic disc brakes on 203 mm rotors.

The electric bicycle released is a beautiful piece of work built by a team with the same vision of quality, craftsmanship, and usability that could take the Serial 1 brand to new heights. Its very first electric bike that will be built for consumers is scheduled to make its debut in March of 2021, which really isn’t so far from now. Until then, let’s feast our eyes on this “styling exercise” of an expertly crafted electric bicycle.