When Yamaha launched the MT-15 in the local market a couple of years ago, the entire entry-level naked bike scene received a massive upgrade. What was once dominated by rather lackluster machines devoid of any character and premium features, all of a sudden saw the entrance of a bike that punched well above its weight class. With that, Yamaha set itself up with a stellar premium entry-level range of bikes all sharing the same 155cc engine, loved by both enthusiasts and commuters alike.

For the 2021 model year, Yamaha has retained the formula of the MT-15, but spiced things up by offering stylish new color schemes. Each of the new color options available for the MT-15 has its own story to tell—from subtle and sleek, to race-inspired liveries, there’s sure to be a color scheme to suit your style. A total of three new options have been added, starting with the most iconic: Racing Blue. Yamaha has long been known for its deep blue colorway. In fact, you can spot a Yamaha GP bike a mile away thanks to this standout color scheme. That said, the iconic Japanese manufacturer has adopted this styling to the new MT-15. The light gray accents on the tank shrouds, fender, and headlight cowl add a sporty contrast, similar to what we see in the Yamaha YZF-R1 supersport. 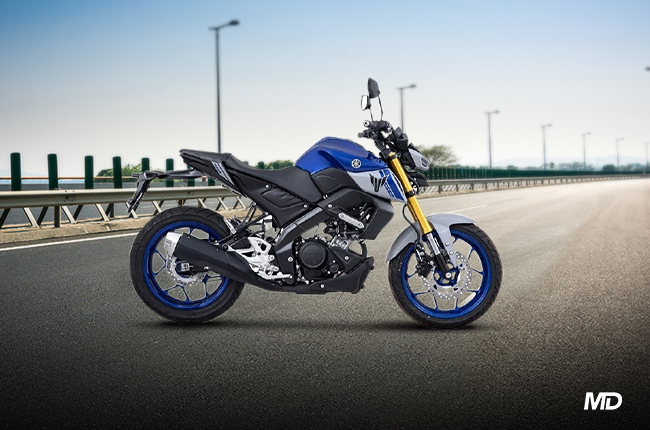 Next in line is the most subtle Metallic Black option. As is all the rage these days, this stealthy color option gives the bike an air of mystery and sinistry—a befitting trait for this model range’s tagline, ‘The Dark Side of Japan.’ This neutral colorway also opens more options for riders to be more adventurous when it comes to the styling of their gear. After all, black looks good with any color. Lastly, the most funky color scheme comes to us in the form of the Metallic Gray option. While bearing a similar styling to that of the current generation MT-15, Yamaha’s designers have integrated sharp blue accents which really pop out from the gray color base. Additionally, the fluorescent red wheels add a touch of character that’s playful and energetic.

The new color schemes have begun rolling out in the Asian market, with Thailand being the first to receive the updated models. That said, it’s only a matter of time until we begin seeing the updated bike in the Philippine market. For reference, the current generation of Yamaha MT-15 fetches P159,000.