MV Agusta has always been about the artistic side of motorcycling. Unlike their counterparts in the market, the iconic Italian manufacturer’s motorcycles always boast aggressive yet elegant styling which exudes passion and performance. With their tag line, Motorcycle Art, MV Agusta has yet again hit the nail on the head with the launch of 2 new models in the global sphere.

Coming in with a strong start for 2021, MV Agusta has launched the Brutale and Dragster 800 with a slew of major updates. Both bikes feature the same 800cc three-cylinder engine, as well as major updates to other vital components such as the chassis, transmission, and electronics. Going into more detail, we see revised LED headlights on both motorcycles. Not only are they restyled, they now come with cornering ability thanks to the introduction of a sophisticated Inertial Measurement Unit (IMU), which unlocks a host of electronic features for the two bikes. 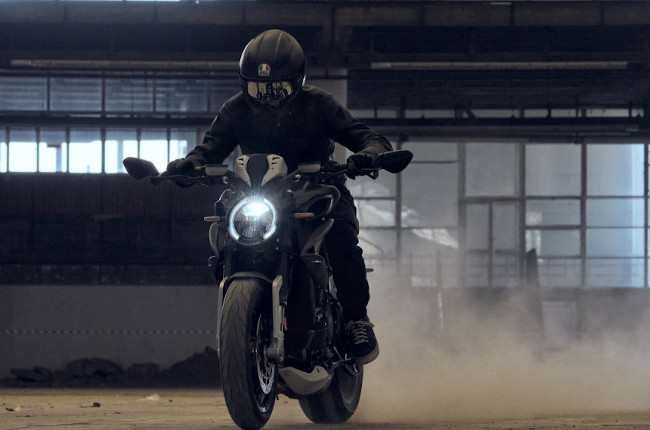 Speaking of electronics, the new MV Agusta Brutale and Dragster 800 both come outfitted with cornering ABS, traction control, and Front Lift Control (FLC), which is a sophisticated form of wheelie control that allows the rider to toggle how much front end lift they would like under heavy acceleration. All these tech features can be toggled via a full-color TFT instrument panel.

On the performance side of things, the new bikes are built on a new chassis which has been redesigned to offer more rigidity. This in turn, results in a sharper and more compliant ride. The rear suspension has also been revised to feature a linkage, which allowed MV Agusta engineers to revise the rear suspension to offer even better riding characteristics. The front suspension consists of 43mm inverted forks which feature full adjustability. Designed and manufactured by Italian suspension specialist, Marzocchi, the front end even comes with an adjustable steering damper. 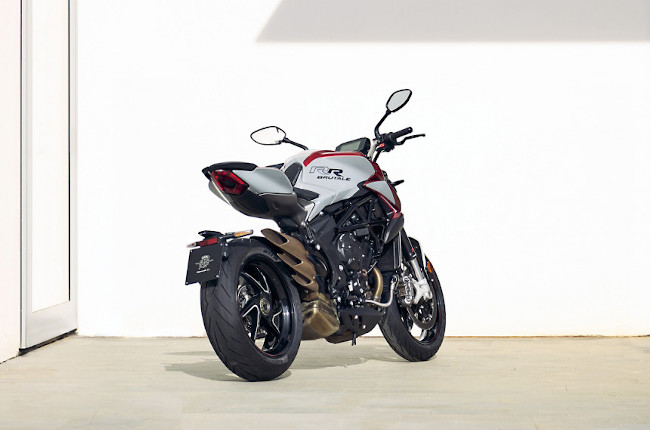 At the heart of the new MV Agusta Brutale and Dragster 800 is a 798cc inline-triple engine which comes with an array of updates. For starters, the engines internals ranging from the crankshaft, to the pistons, to the valves, have been redesigned in order to ensure the engine runs more smoothly and efficiently. A result of all these updates is an impressive power output of 139 hp and 87 Nm of torque—very much within the realm of super naked performance. That said, the bike is capable of reaching speeds of up to 244 kilometers per hour.

Lastly, in order to keep all that power on tap, MV Agusta has fitted the two bikes with a premium Brembo braking system fitted with a pair of massive 320mm rotors up front mated with four-piston calipers. Out back, a 220mm rotor with a two-piston caliper takes care of braking duties for the rear wheel. MV Agusta Philippines has confirmed that it will be bringing these two new models into the Philippine market soon. The prices of which, however, have yet to be finalized.

For reference, the outgoing MV Agusta Brutale 800 fetches anywhere between P980,000 to P1.4M, depending on trim. The Dragster on the other hand, comes with a sticker price ranging from P1.3M all the way to P1.5M.