The BMW G 310 R and G 310 GS are the German brand’s smallest bikes meant to gain a stronger foothold in the growing Asian market. Launched in 2018, both models have been manufactured in partnership with Indian motorcycle manufacturing giant, TVS Motors who are now also the new owners of Norton. In return, TVS gets to utilize some of BMW’s engineering know-how, and eventually lead to the launch of its very own TVS Apache RR 310 sports bike introduced earlier this year. 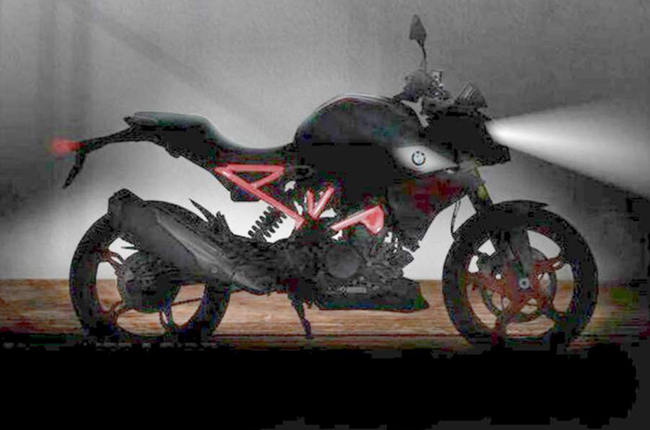 As both the G 310 R and the G 310 GS are due for an update heading to the next generation, TVS was first to know about this inside scoop and wasted no time in teasing its ‘reveal’ on its local website. The shadowy pictures of the new G 310 R and G 310 GS that have been posted on the website of TVS Motors, and emerged ahead of BMW’s official unveiling of the two bikes.

However, just from one look on the shadowy shots, changes in the current models do not appear to be that drastic. A few updates are present such as the trellis frames which are now more apparent compared to the current generation’s design. Larger exhaust cans are expected from both models to comply with the ever stringent BS6 and Euro 5 emissions standards in India and Europe.

On the other hand, the majority of the changes for both the G 310 R and G 310 GS would come from the front end. They would now both be sporting tapered front headlights giving it an appearance of more rake and sportier profile. The new LED units have been reported to appear looking similar to the F 900 R’s headlight unit as confirmed by other spy shots. The G 310 GS however appears to differ even less than its predecessor. It seeks to maintain its image of being a miniaturized version of its ever-popular R 1250 GS, yet pitted to rival against KTM’s 390 Adventure. Power figures of both bikes are expected to be retained with its 313 cc single-cylinder engine that churns out 34 hp at 9,500 RPM and 28 Nm of torque at 7,500 RPM. Yet, you can still expect the same level of refinement and craftsmanship that BMW motorcycles are known for, even in its smallest models.