If you drive a manual transmission motorcycle, chances are you’re familiar with the term “engine braking.” This is known as the process of using the motorcycle’s engine to slow it down, usually by downshifting and allowing inertial forces between the bike’s engine and wheels to reduce the bike’s traveling speed. Engine braking is essentially the process of slowing down by shutting the throttle and letting the engine drag slow you down

There are several myths surrounding engine braking, and many people will tell you that it’s actually breaking your engine. While “breaking” and “braking” may sound exactly the same, they’re completely different. No, engine braking, if done properly, will do zero harm to your engine, and in fact, it’s a good way to safely and efficiently scrub off speed while maintaining control over your bike. Read on to learn more.

When the throttle is opened, the piston pulls air and fuel into the cylinder as it falls during the intake stroke. The piston continues to try to pull air in while the throttle is closed, but the throttle plate is blocking all the air, so the piston is practically sucking against a closed tube. The vacuum formed drags on the piston, slowing it down and slowing the back wheel in the process. When you close the throttle, the higher the engine rpm, the stronger the suction and the larger the engine-braking force. That's why you'll often hear motorcyclists  downshifting a gear or two, especially in sporty riding scenarios.

Will it really damage my engine? 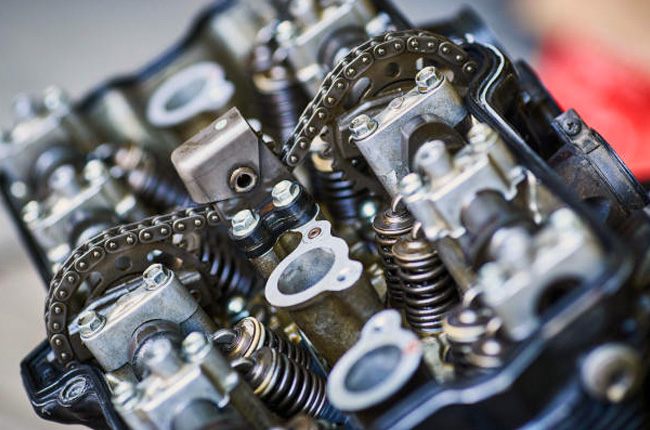 The answer is a resounding no. Although it's understandable why people are worried about potentially harming their precious bikes. When you engine brake, the revs build up, and make the engine sound like it's straining. However,  there's no harm done until you've actually downshifted to a  gear that's so low, that the motor is spinning up towards the redline—say, shifting from fourth to first in an instant.

Inline-three versus inline-four - Which should you choose?

For starters, some people believe that engine braking might cause harm because of oil starvation. Because the throttle controls the throttle valve rather than the oil pump, it's still performing its job and actively transferring oil to the gearbox, piston, cams, and all other parts, even when the engine is braking.

Some folks think that braking your engine might harm or wear out your gearbox. This isn't always the case, because both the gearbox cogs and the clutch assembly are built to manage all of the engine's power, and if they can take acceleration from a stop, they can easily handle a portion of that energy when engine braking. All of this is to say that downshifting when the bike is already revving towards redline is a terrible idea. If you do, it might actually break your engine.

Are there any drawbacks associated with engine braking? The only true disadvantage of engine braking is that it does not activate your brake light, so cars behind you may be unaware that you're slowing down. That's why engine braking is usually most safely performed in a closed environment such as the track. However, if you're one who prefers to engine brake on the street, we recommend you to tap your front or rear brake very lightly, just so the brake light is activated. It'll certainly go a long way in keeping you safe, too.