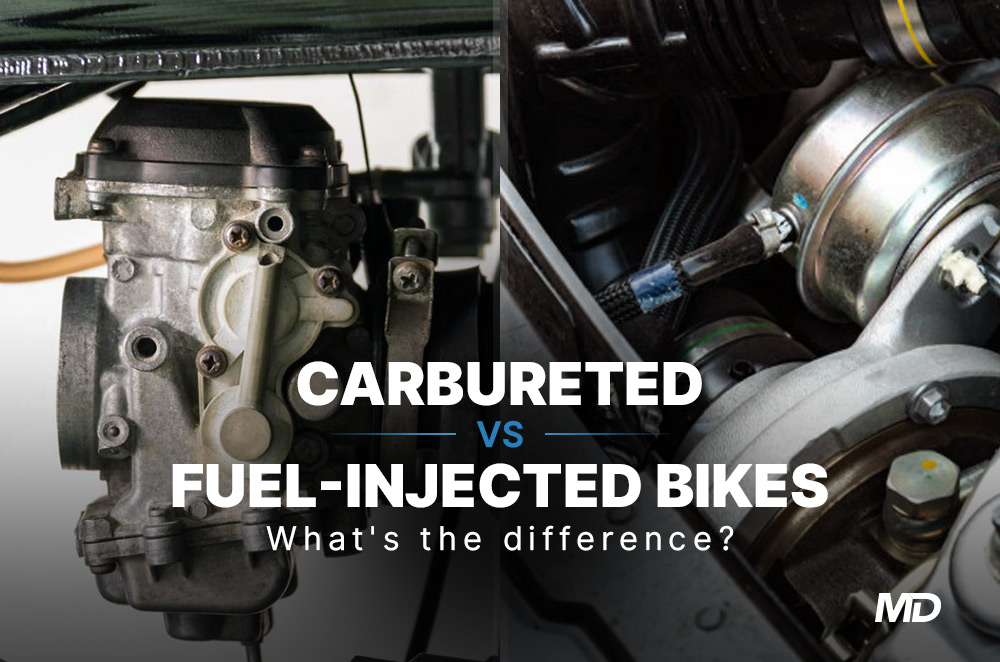 Fuel-injected motorcycles are everywhere nowadays. They're in everything from maxi-scooters to high-end naked bikes and performance sportbikes. While fuel injection (FI) has become the norm for engine design for quite some time, carbureted engines still have a place in the motoring world.

Carburetors are reliable and simple in design. This makes them easier to tinker with and fix. They can also still keep up in terms of performance. In fact, some well-tuned carbureted bikes can still go toe-to-toe with today's best motorcycles. That said, what's the difference between carbureted and fuel-injected bikes?

What is a motorcycle carburetor? 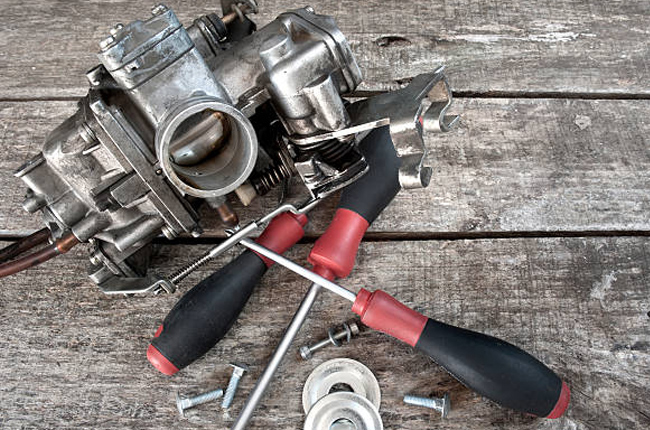 Before fuel injection, a carb was the only way for a motorcycle engine to achieve the necessary air and fuel ratio. Due to this, carbs dominated the motoring landscape.

Put simply, carburetors work using an intake vacuum to force the piston to draw fuel up and into the combustion chamber. The amount of air is then decided by a throttle valve connected to the cylinder. This makes it that the engine produces more power as you pull on the throttle. It's important to note that this process is entirely mechanical in most carbureted engines and doesn't rely on electronic parts. This mechanical makeup is partly why carbs have earned a reputation for being simple to repair and modify. However, carburetors can also have a slightly slower throttle response due to the inexact fuel ratio that they produce.

Carburetors have faded in recent years, but they can still be found in many motorcycles locally. Due to their penchant for pollution, carbs have seen limited use in mostly scooters and entry-level bikes. That said, carburetors still have some positive points on their side. You can tune a carb easily with a few specific tools, and since it's not connected directly to the motor, you can access it without touching the engine block.

What is a fuel-injected motorcycle? 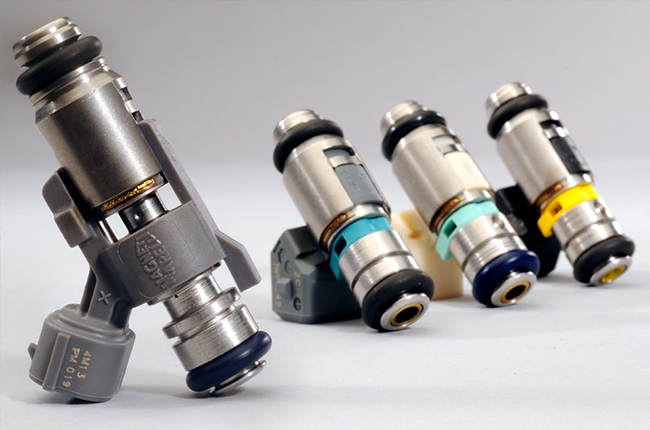 While fuel injection had been present as early as the 1930s, it wasn't until the 1980s when the technology made its way into bikes. This was the time when electronic fuel injection (EFI) became available. Unlike the mechanical components of carbs, EFI systems feature a computerized engine control unit (ECU) that automatically calculates the ideal air to fuel ratio.

A fuel-injected system depends on a fuel pump to carry and control the flow of fuel. The fuel is then heated and atomized in specific temperatures to ensure a cleaner burn and fewer fuel emissions.

For all their differences, carburetors and fuel injectors both serve the same purpose. That is to ensure an optimal level of air and fuel mixture to generate combustion. While fuel injection is a more advanced technology, this doesn't mean that carburetors have lost their place in the industry. Carbs can still do the job they're meant to do, just not as efficiently and reliably as fuel injectors. On the other hand, carbs are more affordable and simpler to repair. Both can be good options depending on what you’re looking for.