In today’s world of motorcycling, a huge variety of body styles can be purchased according to one’s needs. Despite having clearly defined body styles, niches within each style also exist to provide more specialization to riders who need it—one such body style is the dirt bike platform. From afar and to your average rider, all dirt bikes typically look like your average dual-sport and may sometimes do away with lighting and other instruments. However, underneath the umbrella of dirt bikes lay many sub-categories that cater to specialized riders, including dual-sports, trail bikes, rally bikes, motocross bikes, and a few others.

One motorcycle that has surely caught the eye of a few riders in this category is the motocross body style and discipline. Motocross is often a word that gets thrown around when referring to the general discipline of riding off-road, whether that’s on a trail or on a track. However, motocross as a discipline does have a very rich history, and if you’re curious to know what’s so special about this dirt bike niche, here are a few things you should know about motocross. Motocross is a sport that involves purpose-built dirt bikes built to go around a dirt lap through tight corners, jumps, whoops, and fast straights. While motocross may seem like a very normal occurrence today, it wasn’t always like this. Motocross started as a time trial race in the United Kingdom during the 1920s called “Scramblers.” Over time, the motorcycles used in these scrambles became more powerful and tire development for dirt races also became more advanced, and eventually, the scramble races made their way into America which is where the term “Motocross” or “MX” was used. During the 1970s and 1980s, two-stroke dirt bikes became the go-to choice for motocross races due to their high power and low weight which made these bikes very potent machines.

High-performance motorcycles combined with expertly designed race tracks pushed motocross into the modern era where it is considered an extreme sport participated by many of the world’s best dirt riders. Today, motocross has a strong foothold in the entire world of motorcycles and especially dirt bikes. Many motorcycles and riding disciplines focus on dirt as a whole, but only a few riders take motocross seriously due to the skill and courage needed to commit to such a thrilling and dare devilish discipline. 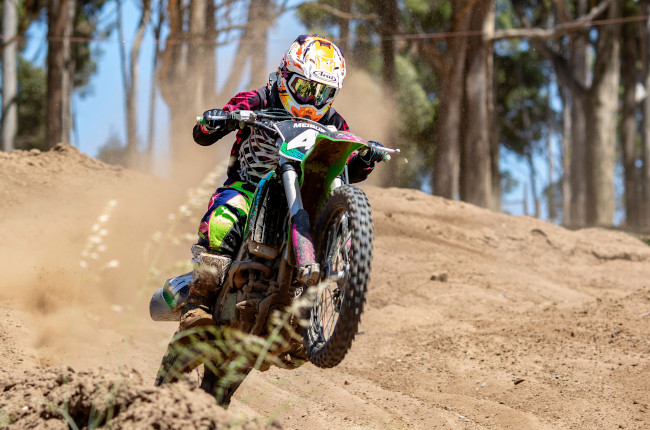 Keep in mind that motocross is first and foremost a competitive sport more than anything else. As such, motorcycles built for this discipline often have to be the lightest, powerful, and agile in their class to ensure that competitive riders have a good shot at coming out first. This alone influences many of the design and engineering principles in developing a motocross bike as against a trail bike or dual-sport motorcycle which are more typically used for leisure and commutes. Motocross bikes, therefore, have more performance-oriented components which make them more powerful, lightweight, and razor-sharp in all the inputs possible, but also make them more fragile than a trail bike or dual-sport motorcycle. Motocross bikes have tighter service intervals and also typically demand higher quality oils, materials, and components to keep the bike high-performing.

Examples of motocross bikes in the market include the KTM SX range of motorcycles, the Honda CRF250R and 450R, the Beta 250RR and 300 RX, and a few others in the market. Motocross bikes are some of the most potent dirt-loving motorcycles you can get but are also illegal to ride on the road as these bikes do not meet standards for a motorcycle to be road legal. As such, riders looking to get into motocross have the option to instead start on a dual-sport motorcycle and make their way up into the world of motocross slowly, but surely. Riders can start with a Yamaha XTZ 125, the Yamaha WR 155, and the Honda CRF150L. Much like many of the top-level sports out in the industry, technology developed for the sport often trickles down into consumer technology and safety either for the motorcycle itself or for safety gear. The story of motocross technology trickling down follows the latter more than the former, and motocross safety gear has become the gold standard in safety for those venturing into off-road riding. Because motocross is such an unforgiving sport when riders go down, safety gear for the sport is known to be one of the most protective and heavily guarded items. Ask any avid dirt rider about safety gear and you will hear of MX-labelled helmets, boots, protectors, shirts, pants, and braces to no end.

Riding boots are a prime example of this phenomenon—“adventure” or “enduro” labeled boots may be available in the market for dirt-going riders. However MX-labelled boots have always been the gold standard in safety and protection, where ankle plastics are reinforced, toe boxes are firmer, soles are heavily reinforced by a steel shank, buckles are heavy-duty, and replaceable, and the overall design is more rigid thus safe. The same can be said for other types of motocross gear including roost protectors, arm and knee braces, helmets, and the like. If you have no intention to participate in motocross races, benefitting from the gear built for it might just be your best option when it comes to dirt riding and rider safety.