Part of the joy of owning a sportbike or a high-performance motorcycle is enjoying its power and performance. On the street, you can barely scratch the surface of a big bike’s performance without putting yourself and other people in harm’s way. On the track, however, well, sky’s the limit. That being said, just because there aren’t any speed limits on the track doesn’t mean that there aren’t any rules to follow.

As with all things in life, there is a rulebook that is to be followed when riding on the track. It isn’t a no-holds-barred environment as some people may think. In fact, these rules and safety measures are put in place specifically to keep everyone safe, as the track is inherently filled with dangers and potential hazards. Having said all that, here are a few things you ought to follow when riding on the race track during a track event.

It's not a race First and foremost, a track day is different from a race. Sure, you can engage in lighthearted competition with your buddies, however, it’s important to keep in mind that there’s no prize (other than ego) for those who cross the finish line ahead of others. If you’re new to track riding, it can be all too easy to get overly excited by faster riders. Remember, you’re not there to show anyone that you’re faster than anyone. You’re there to enjoy your motorcycle, develop your skills, and ultimately become a better, more skilled motorcyclist.

Ride within your limits 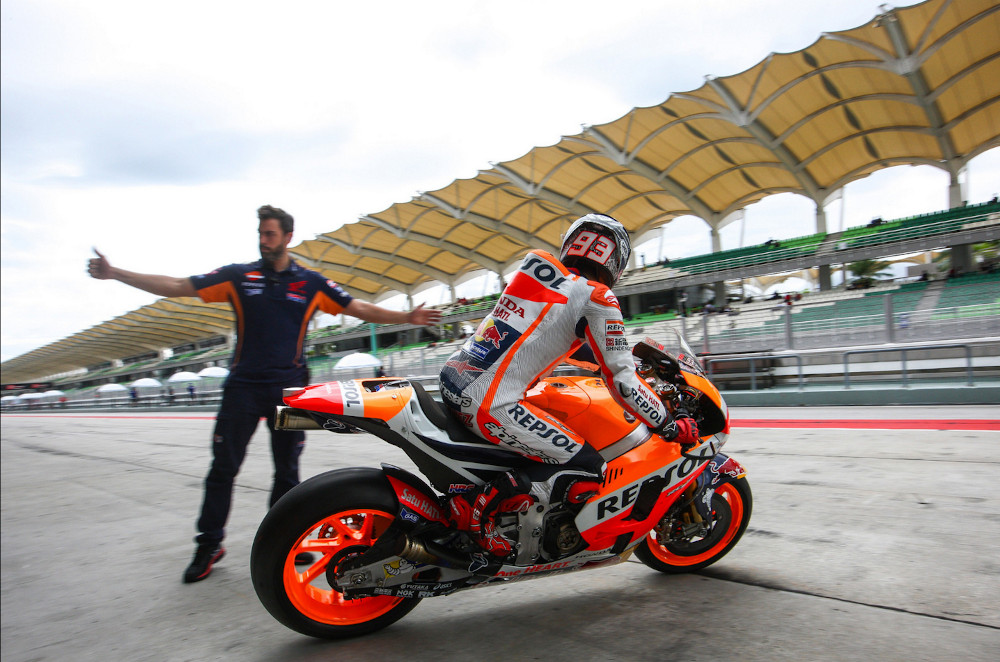 This brings us to our next point, and that’s knowing your boundaries on your bike. You may be enamored if a more experienced rider passes you with their knee confidently dragging on the ground in the execution of flawless form. If you don’t have the experience just yet, don't try it—you’ll end up with more than just your knee on the ground. Other riders are so skilled that they seem to have developed a telepathic connection with their machines. You’ll sometimes see them popping wheelies in the straights, or sliding the rear when entering corners. Just know that these people have years of experience under their belts, and in due time, you’ll develop your track riding skills, too.

Let the faster riders pass you On any track day, there will always be faster and slower riders than yourself. Most probably, the fast riders will have the proper mindset, and would know exactly when to overtake you. Be sure to give them enough space to pass you by moving over to the right side of the track when it’s safe to do so. Conversely, don’t suddenly slow down when you see a faster rider tailing you. Chances are they already know what to do to pass you even if you won’t let them pass. So might as well stick to your line and move over when it’s safe to do so. If you’re a faster rider, don’t tail beginner riders too closely. Not only is it potentially dangerous, but it could also put unnecessary stress on the rider and make him more likely to make a mistake on the track.

Behave yourself in the pits Last but not least, the pits are the so-called safe zones of the circuit. As such, most circuits have speed limits in place in the pits. The FIM, the global governing body of motorcycle motorsports, has pegged the pit lane speed limit at 60 kilometers per hour. However, local events, especially those geared towards beginner riders, can have the limits set much lower, at around 30 to 40 kilometers per hour. Of course, once you’re in the pits, don’t perform any stunts such as wheelies, burnouts, and skids. Just ride as you would on the street, and go along your merry way.