Name the kind of ride you’re looking for and Yamaha surely has a bike for you. Selling hundreds of thousands of motorcycles a year, Yamaha has been a staple brand for many motorcyclists in the Philippines. Pull up to any stoplight, and you’re likely to find a Yamaha motorcycle next to you. From the most affordable commuters to the high-performing big bikes, Yamaha presents some very appealing choices for any kind of buyer. The Yamaha Sight is the most affordable underbone motorcycle from Yamaha, which starts at a friendly price of P59,900. The Yamaha Sight comes standard with a 114cc air-cooled engine, a 4-speed manual gearbox, a low seat height of just 775mm, and is equipped with kick and electric start. Future owners of the Sight will be happy to know that Electronic Fuel-injection (EFI) comes standard on this bike, and with a wet weight of just 96kg, the Yamaha Sight makes for a perfect hassle-free commuter motorcycle. Considered to be a close sibling to the Yamaha Sight, the Yamaha Vega Force i 115 is next underbone motorcycle on our list, and is available for just P68,200 off the showroom floor. The Vega Force makes use of the same EFI-equipped engine from the Yamaha Sight, and a different exterior package for a new and fresh look. The Vega Force comes standard with a sporty set of 17-inch cast wheels, and buyers can choose whether to have this motorcycle in the Race Blu color or the Black Raven color. Last but not the least on the underbone lineup is the Yamaha Sniper 150 Standard Version. This Sniper 150 is equipped with a 149cc liquid-cooled 4-stroke engine which puts out an impressive 15.4 horses and 13.8 nm of torque. The electronic fuel-injected engine also comes with a kick and electric start system, and is mated to a 5-speed manual gearbox. 17-inch cast wheels also come standard on this motorcycle, where the rear is supported by a mono-shock suspension set up. This underbone heavy-hitter comes in Race Blu, Yellow Hornet, Matte Green, and Black Raven colors, and can be bought for only P102,900. Next up, we have the Yamaha scooters, which is arguably the most popular class of two-wheeled machines from Yamaha. The award-winning scooters are sold in the hundreds of thousands every year, and it’s no surprise why. Scooters are fantastic choices for the everyday rider who needs a no-frills machine on two wheels that traverse the metro with ease. Yamaha has captured a massive segment of the market by offering an array of scooter options that come with friendly price tags.

The Yamaha Mio Sporty 115 is the most affordable Yamaha scooter you can get. The Mio Sporty comes with a 114cc engine that puts out 7.6 horsepower and 7.2 nm of torque, and is mated to a V-belt automatic transmission. Don’t let the price tag fool you - the Mio Sporty comes standard with a bright halogen headlamp and tail light, analog gauges, and a low fuel light. Buyers can choose to take home the Mio Sporty Standard Version at just P66,900, or the Mio Sporty Euro 3 at P67,900. 6 color options are available for the lineup, which makes owning this motorcycle quite exciting. 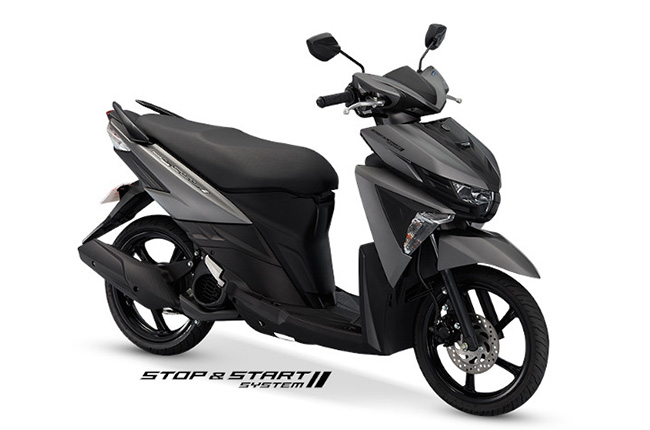 Next from the Yamaha Mio lineup is the Yamaha Mio Soul i125. The 125cc engine from this scooter puts out a healthy 9 horsepower and 10 nm of torque, and is mated to Yamaha’s V-belt automatic transmission. The Mio Soul is equipped with a few key features, namely an LED headlamp, an analog gauge with an eco meter, a side stand switch, an overall aggressive look, and a start-stop system for the S version.  The Mio Soul i125 comes in two variants: the Standard Version and the S version, priced at P79,900 and P83,900 respectively. On the Standard Version, buyers can choose from three standard colors, while the S version comes with three more edgy and modern color options. Last on the list of Yamaha’s 125cc scooters is the Yamaha Mio Gravis 125. Despite sharing many similarities with the Mio Soul i125, this scooter rolls off the dealership with key features that will appeal to many: Yamaha’s SMG starter system, a 25L under-the-seat compartment, an electric power socket, a digital gauge, and wide 12-inch tires front and rear. Being the most premium 125cc Mio scooter you can get, the Mio Gravis is priced at an approachable P85,900 for all the feature-loving riders out there. 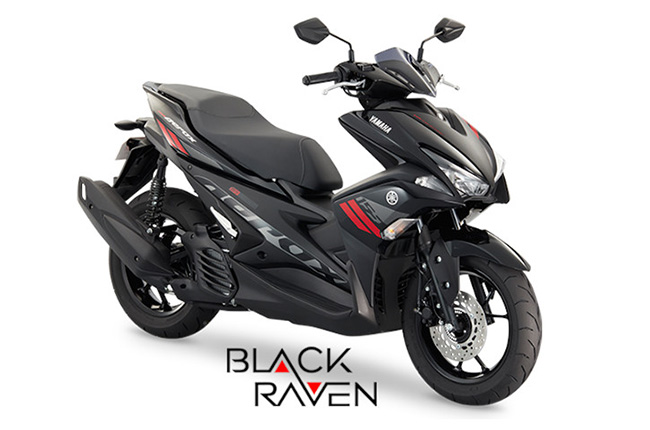 If you’re looking for a bike that can go just about anywhere, Yamaha has a bike for you. The Yamaha XTZ 125 is a staple dual-sport motorcycle among many off-road thrill-seekers, and is priced at just P84,900. Engineered for off-road adventures, the XTZ 125 comes standard with a 21-inch front wheel and an 18-inch rear wheel, and a reliable carbureted 124cc air-cooled engine which produces 12 horsepower and 11.6 nm of torque. The engine is mated to a 5-speed manual gearbox, and comes with a kick and electric start system. The XTZ 125 also has a very strong road presence due to the 2090mm length and 840mm seat height. Despite the larger size, the bike weighs in at just 118kg making it extremely manageable and friendly on all kinds of terrain. 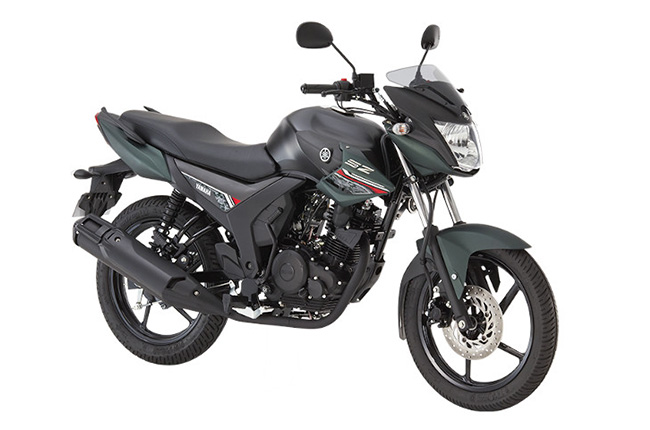 If none of the above motorcycle body styles suit you, it may be worthwhile to simplify things and go for the standard motorcycle: a street bike with a powerful and reliable engine and transmission, upright seating position, room for a passenger and luggage, and comfortable foot peg positions. Yamaha has provided the no-frills rider with two fantastic options for this segment.

The Yamaha SZ 150 is an affordable and reliable motorcycle that takes the rider back to basics and provides a pure and unadulterated experience. The motorcycle comes standard with a halogen headlamp and tail light, analog gauges, a smoked windshield, a one arm type shifter, and a pass switch. The SZ’s power plant is a 149cc air-cooled single-cylinder engine and provides the rider with 12 horsepower and 13 nm of torque, and is joined by a 5-speed manual gearbox. Priced at only P69,900, the SZ 150 makes for the perfect everyday motorcycle for all kinds of street riding. 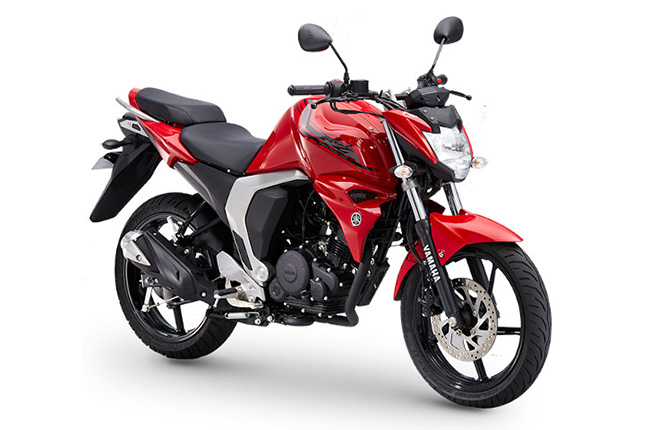 The Yamaha FZi 150 takes the standard motorcycle experience to a different level by providing the rider with a more modern and edgy-looking design that entices at every glance. The bike’s diamond frame allows for the 131kg kerb weight of this motorcycle, and provides the rider with extra chassis rigidity. The 149cc electronic fuel-injected engine churns out a substantial 12 horsepower and 12.8 nm of torque, mated to a 5-speed manual transmission. On top of this, owners of this motorcycle will be happy to find a digital gauge, a 12L fuel tank, Yamaha’s Monocross rear suspension, and a split-type seat for comfortable trips with a pillion rider. For just P99,800, you are getting a lot of bike for the money.