Moto-vlogging is becoming an extremely popular hobby, both among small and big bike riders alike. Nowadays, anybody with an action camera and a motorcycle can press record, hit the road, and call it a day. However, recent times have shown us the dark side of moto-vlogging, more particularly, the dangers associated with chasing clout. Unfortunately, there have been many road accidents and incidents of reckless riding that have happened specifically to create content that’s seemingly captivating and spectacular.

That being said, if you’re reading this, then we’re guessing you’re looking to get into the more informative side of moto-vlogging. Luckily, over here at MotoDeal.com.ph, we have quite a bit of experience when it comes to churning out user-friendly, and hopefully, informative content. Of course, our frontman, Jinno Rufino does a spectacular job of giving you all the information you need. However, behind his talent lies a team of industry experts, artists, and creatives all working together to bring you what you see on screen. That being said, let’s take a look at the essentials to get you started on the right path when it comes to moto-vlogging. 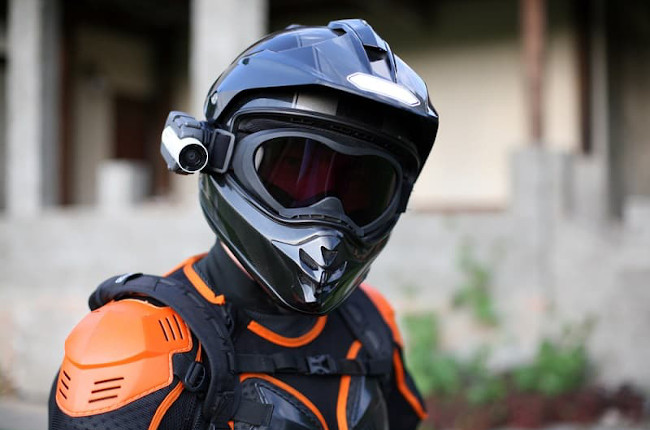 First and foremost, you’re going to need to invest in the right equipment. Yes, you could buy a cheap action camera from Lazada or Shopee for less than P1,000, but don’t expect to get too far with that—literally. You see, when it comes to equipment, you can’t afford to let it fail on you while you’re in the middle of a shoot. That means it’s always best to go for gear that’s been tried and tested in the industry. As such, you can’t go wrong with a GoPro, preferably a Hero7 or newer, as well as the newest crop of action cameras from Insta360, Xiaomi, and other reputable brands.

Apart from the camera itself, you’re also going to want to invest in multiple mounts and adaptors. It’s always a good idea to keep your content engaging by changing up your camera angles every now and then. Last but not least, a high-quality HD microphone is also essential in order to capture your dialogue clearly, as well as the ambient sounds in your surroundings. 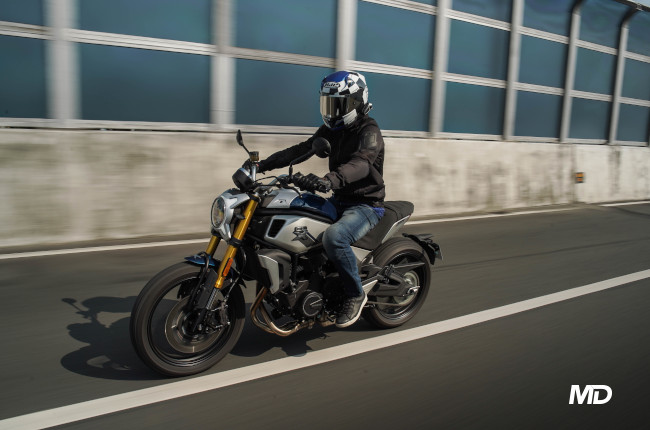 Now this is arguably the most important part of moto-vlogging: content. We’re all familiar with the whole fiasco of irresponsible riding content that’s been featured in the internet recently. Of course, we strongly advise you to steer clear from any reckless riding content, speeding, stunt-riding, or the like on public roads. If you’re a performance rider, then it’ll definitely pay dividends to document your riding skills in a closed racing circuit, or on a private road with the permission of the owners.

Other popular content ideas include reviews. If you happen to own a lot of bikes, or have friends with a lot of nice, shiny, new machines, then you can definitely produce some engaging content highlighting what you like or dislike about these bikes. You can also go for the moto-tourism approach, documenting new and exciting destinations, as well as the roads that get you there, aboard two-wheels.

Some help from your friends goes a long way When it comes to moto-vlogging, it’s always a good idea to get a little help from your friends, especially those who are more experienced than you are. Even if they themselves aren’t into the pastime, it certainly helps to pick up a thing or two from veteran motorcyclists. Not only does this broaden your horizons when it comes to the variety of content you roll out, it also showcases the camaraderie the whole motorcycling community is built upon.

Patience is a virtue Last but not least is definitely patience. If you’re looking to make a living out of moto-vlogging, and immediately make money out of it, then you’re probably better off taming down your expectations. It takes months, sometimes even years, for moto-vloggers to gain enough popularity to open doors to sponsorships and monetization perks from YouTube. That being said, it’s best to look at moto-vlogging as more of a passion project—a conduit for you to express your creativity and passion for motorcycles.

Whatever type of moto-vlogging you’re looking into, always remember that the content you roll out has the potential to affect those around you—no matter how small your viewership. Remember that the motorcycling community is small and tightly knit, so it’s all of our responsibility to ensure that we keep it safe, enjoyable, and informative for motorcyclists from all walks of life.