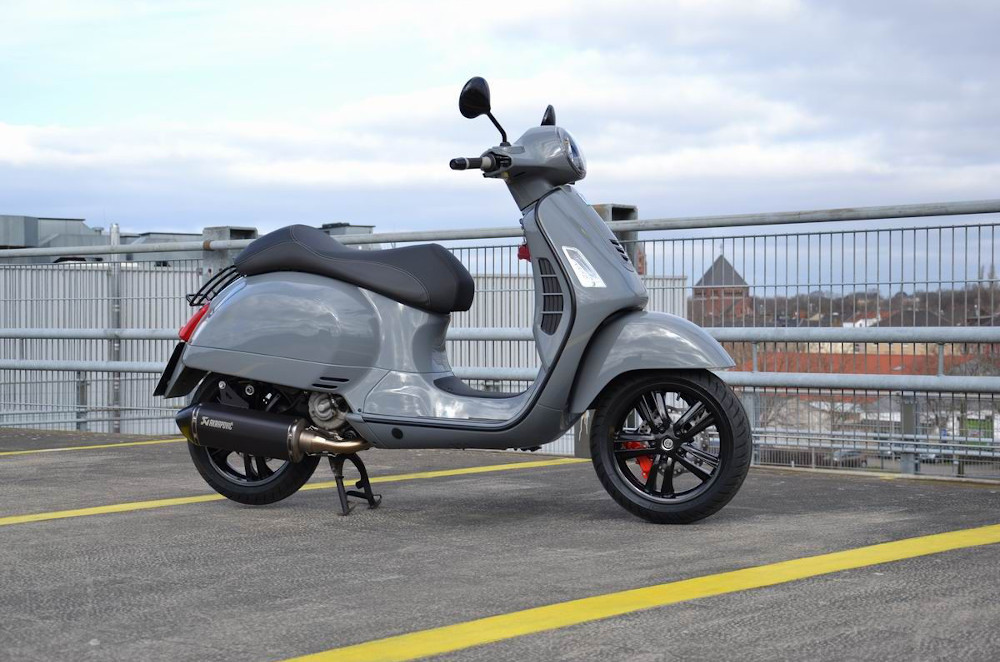 Let’s face it, as big bike riders, we’re very spoiled when it comes to power. So much so, that swinging a leg over a scooter or underbone motorcycle could oftentimes result in a lackluster experience. Unfortunately, even Vespas up to 150cc in displacement can feel incredibly slow. That being said, a scooter is undeniably one of the most practical ways to get around, and is undeniably a lot more versatile as compared to big bikes, which tend to be heavy and pack way more power than needed for a simple commut.

Luckily, Vespa has the answer to this with the GTS 300 range of scooters. As the iconic Italian brand’s most powerful range of two-wheelers, the GTS 300 packs just enough power to zip you through traffic faster than most small bikes, while retaining the classic, unmistakable Vespa aesthetic. With all that being said, surely it goes without saying that the GTS 300 is the perfect addition to your collection of big bikes. Here are a few reasons why.

Would you like to see SYM’s new MMBCU scooter in the Philippines? One of the most powerful motors Vespa has ever produced for a scooter is found in the GTS 300. It is propelled by a 278cc single-cylinder, four-stroke engine with a CVT that can produce roughly 24 horsepower and 22 Nm of torque. In other words, it has a powerplant similar to those found in the majority of maxiscooters made by other motorcycle manufacturers. It has sufficient power for commuting within the city and catching up to faster vehicles. In modern scooters, the steel frame that houses the engine and other mechanical parts is encased in panels. Most of its moving parts would be covered by its plastic panels, which would be affixed to it. With a Vespa, such is not the case. Since the very first Vespa left its Pontedera plant, they have never been constructed with a tubular steel frame, as other scooters often do, but rather with a one piece monocoque steel body. Its engine would be housed within a monocoque body, rather than having panels connected around it. The panels themselves are a component of the frame of a Vespa, and the same is true with the GTS 300.

It's just as easy to ride as any other Vespa Despite having considerable power often found in other maxiscooters, the Vespa GTS 300 Super Sport maintains almost the same proportions as the rest of its scooter portfolio. This makes it incredibly maneuverable even in the tightest settings of the horrific Metro Manila traffic, which is combined with its dry weight of 158 kg. To go ahead of everyone else, it is easy to cram oneself between vehicles and split lanes. Its turning radius is just right for doing those fast U-turns allowing you to bypass traffic entirely or take an alternate path to your destination. Its front and rear disc brakes, along with ABS, have more than enough bite to tame all that engine power. Since Enrico Piaggio unveiled the first "wasp" shortly after the Second World War, Vespa scooters have gone a long way. However, it continued to adhere to its distinctive design characteristics until today, drawing inspiration from the heyday of aviation. The Vespa GTS 300 operates in the same manner. With its all-steel monocoque structure and single-sided front suspension, it maintains the same iconic Vespa appearance while incorporating all of today's cutting-edge technological innovations. It is a fusion of the classic and the contemporary, and nearly every Vespa that leaves their workshops is destined to go down in history as a classic.