Peugeot Motocycles, and yes that’s “Motocycles,” not Motorcycles. The French brand is now officially launched in the country and is poised to take on the premium scooter segment. The launch was headlined by the Django 150i, which will serve as the only model in the lineup for the time being.

Brought in by Motostrada, the French marque is in good hands as the company is also responsible for handling the likes of MV Agusta and CFMOTO in the country. For now, the Django will be the only nameplate in the country from Peugeot Motocycles. As for the first model in the lineup, the Django 150 is a twist-and-go scooter that’s perfect for city riding. Poised to take on other premium scooter rivals like Vespa, Peugeot brings its own flair to the market with its unique styling that’s both contemporary and retro. The bodywork of the Django is reminiscent of cars from the 1950s. Round edges, chrome, and bright and vibrant colors make the Django look like an instant classic on two wheels. However, the build quality and materials are all modern with high-quality fairings giving the bike its shape. 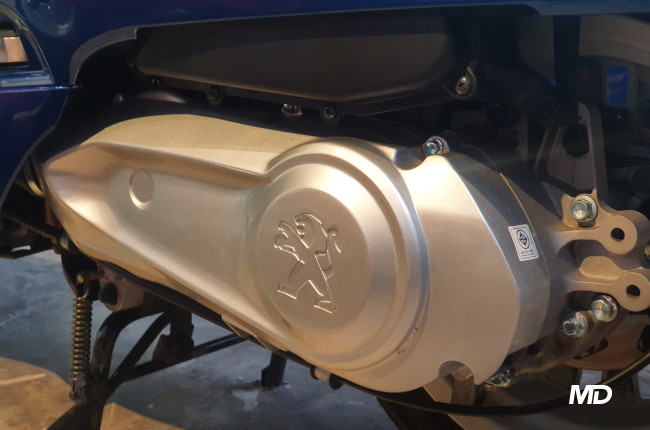 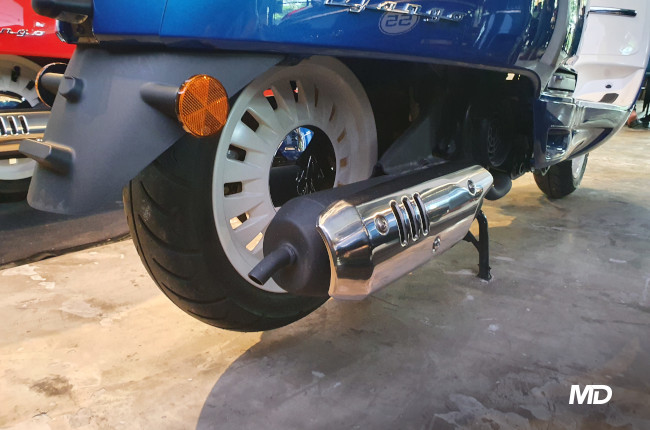 The Peugeot Django 150’s specifications, the model comes with an air-cooled, four-stroke, SOHC twin-valve single-cylinder engine with 150.6ccs of displacement. The motor makes 10 hp and 9.2 Nm of torque mated to a CVT. The model also comes with a set of 12-inch wheels and it has disc brakes all around with ABS as standard for all the models. Fuel capacity is at 8.5 liters, and the bike is short-rider friendly with its 770mm seat height which is enough for even some of the smallest of riders to swing a leg over. 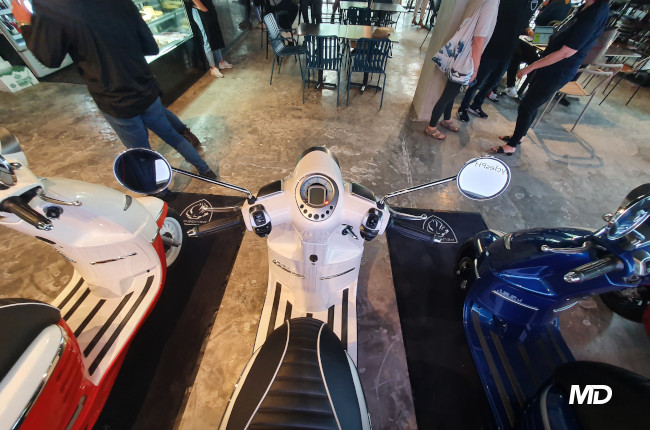 Otherwise, you get all the perks of going with a scooter with an under-seat compartment that’s enough for a helmet, a flat footboard for easy step-through mounting, a 12-volt power socket hidden in the lockable glove compartment on the right side, LED lights all around as well as LED DRLs, a semi-digital dashboard, as well as chrome effects and a two-tone paint scheme that could be had for a premium. As for pricing, that depends on the color that you want. Solid colors include gray and blue, and both go for P199,000. Stepping up a notch, the red and blue Sportstripe variants cost P205,800. Arguably the most beautiful colors of the lineup, we have the two-tone range which combines an ivory white with either blue or red which starts at P216,800.