When BMW introduced the F 900 R to the worldwide market in 2020, the German manufacturer made premium performance and technology accessible to a wide range of motorcycle enthusiasts. In reality, the BMW F 900 R is the company's most economical big bike. Nevertheless, just because it has the cheapest price tag of the bunch doesn't mean BMW skimped on this bike. Here are a few reasons why we believe the BMW F 900 R is in fact the most practical all-around big-displacement motorbike in the BMW lineup. Let's start by looking at its engine. A compact yet potent parallel-twin engine powers the BMW F 900 R. This engine, which has a 90-degree crankshaft, has a displacement of 895cc and produces 105 hp and 92 Nm of torque. The F 900 R can accelerate from zero to 100 kilometers per hour in under 3.7 seconds. While this level of performance isn't exactly exceptional, with smaller engines producing even more horsepower, it can't be denied that this power output falls into the goldilocks zone of usable performance.

This 895cc parallel-twin engine is the same as the one found in the F 850 GS, but it has been tuned somewhat differently for road use. Because of its 90-degree crankshaft, this parallel twin is much more compact than BMW's boxer engines, allowing the F 900 R to be a lighter, more agile vehicle while blasting out lots of power and torque over the rpm band. Plus, the grunty exhaust note is simply something to behold. The F 900 R may be the most affordable big bike in BMW's model range, however, it's no slouch in terms of features. Rain and Road riding modes come standard even on the base model. Meanwhile, the Style Sport variant flaunts additional tech features such as Dynamic and Dynamic Pro selectable riding modes, BMW's patented Dynamic Traction Control (DTC), cornering ABS, and Dynamic Brake Control.  It also comes standard with BMW's cutting-edge Engine Drag Control, which delivers superb, linear power delivery, and an overall engine feel similar to that of cable-actuated throttles. There's no doubting that the BMW F 900 R is a stunning vehicle in terms of design. The F 900 R has powerful bodywork and crisp, angular appearance, comparable to the BMW S 1000 R. The motorbike has LED headlights, taillights, and turn signals, as well as a full-color TFT display with plenty of information. The upright sitting posture of the BMW F 900 R provides excellent ergonomics for the rider. Its broad handlebars and somewhat rear-set controls provide plenty of leverage while staying sporty and comfortable enough for longer rides. 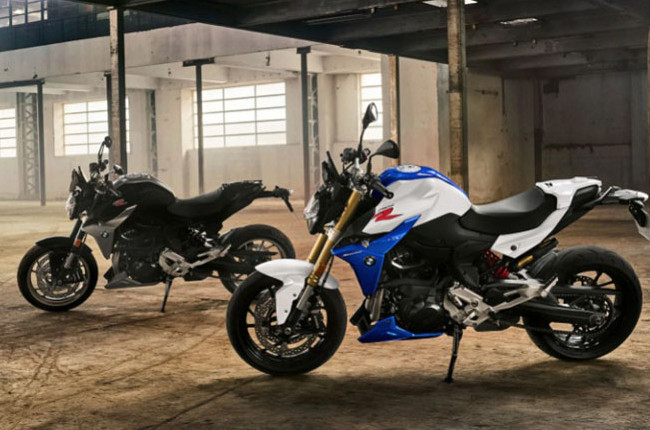 The BMW F 900 R is available in two models: Standard and Style Sport. The Standard model is priced at P655,000,  however, it doesn't get any of the Dynamic features, which provide the maximum flexibility in tailoring the bike's electronics to your tastes. The Style Sport model, though, is where the most of the fun lies, and it costs a premium of P775,000. As previously said, the Style Sport comes with some significant technology that is more often found on motorcycles costing over P1,000,000.