Every motorcyclist dreams of the day when they are given the chance to go off on a long ride for a weekend, bags packed and bikes ready; raring to face the challenges and meet new faces, and experience new stories. It’s even better when down with friends who share the same passion and desire to be out on the road with their buddies. Often times, these types of rides are planned way in advance, with itineraries, ballpark figures for expenses, and a specified route along the way. Other times, it’s just a matter of winging it. But, since me and my friends can’t operate without a concrete plan, a few weeks of preparation was needed to iron out ideas and create an excellent experience for everyone, lest we argue over what to have for merienda. The destination was to be Catanduanes, an island situated on the eastern part of the island of Luzon in the Philippines.

Motorcycling 101: How to choose a helmet Since most of us reside south of the metro, the jump off point for the ride would be a gas station on the South Luzon Expressway. The ride would come out to a total of around 1,400 kilometers of mixed highway and provincial riding. Fuel stops were planned ahead of time, taking into account the average range of each of our motorcycles - adventure bikes tend to have bigger tanks at 25-30 liters so going a full 420 kilometers on a single tank is not unheard of. Those with sport bikes and naked bikes would average 250-300 kilometers before filling up again. There would also be food considerations as we would spend most of our time on the bikes, pausing only to eat and drink before saddling up again. And since we would be visiting an island, getting the bikes there required the services of a roll-on-roll-off ferry, or Roro. All of these had their associated budgets and costs, plus a little extra for emergency purposes. It’s simply not just a matter of riding when you’re away for three days and two nights.

I was lucky enough to be able to get my hands on an eagerly anticipated motorcycle courtesy of our friends at Wheeltek, the 2018 Kawasaki Z900RS. Having ridden a BMW R1200 GS to Caramoan earlier in the year, I figured it would be time to try out a standard naked bike with a lot of charm for this ride. Sure, it wouldn’t be as comfortable, but as long as it’s a motorcycle, and a darn good looking one at that, all that mattered was the ride. I packed all my clothes, emergency kits, and did a once over on the bike a few days before the meet up, ensuring that I would be prepared for the ride ahead. 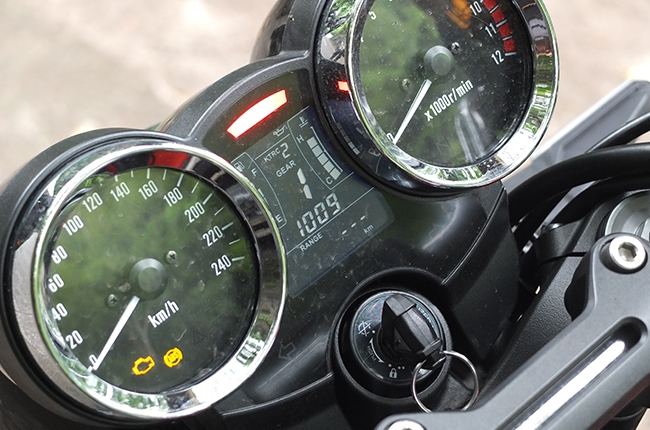 5pm was the agreed upon time to leave SLEX and take STAR tollway and make our way to Tabaco Port for the ferry from the mainland. We would be traveling throughout the night for a solid 9 hours, so it was a blessing that we had a few adventure bikes with extra lights to help shine the way. The highway portion was no problem, as the lights from street lamps and other vehicles would keep us comfortable - it was the long stretch of rural country roads that would prove to be a challenge.

Riding at night creates a whole different set of challenges for motorcycle riders. The main thing is visibility - motorcycle lights aren’t exactly known for their stellar road illumination in stock form, but the Kawasaki Z900RS had a good modern LED headlight off the showroom floor, and it would prove to be a solid performer. You don’t want to outrun your headlights and have something surprise you at a moment’s notice, whether that be an animal or a sand/gravel patch, and that can ruin not just your day, but the whole ride for everyone else. Once we got through the toll roads, the traffic started to lighten as we made our way through parts of Batangas. The stretches between the towns were challenging, as the potholes and imperfect roads can catch you off guard. Most of us just focused on each other’s lines and kept an eye on the headlights of the bike in front, helping light up the road before the trailing bikes even get there.

A dinner stop at Lucena was needed to recharge and refuel - not for the bike, as the Z900RS had more than half a tank left. Frugal at 20 kilometers per liter. We took off from Lucena at 9pm, making our way through the outlying towns as we neared Naga, where the roads would beat us with more imperfections and surprise single lane construction areas. Keep your wits about, and keep pace with the group, and everything should be fine. A fuel stop at Calauag would be needed for everyone, as I topped off at one of the gas stations in the area. The locals were drawn to the bikes, asking a few questions such as where we were riding from, or how crazy we were to be riding in pitch black darkness at a high rate of speed. We answered with smiles, eager to make it to the port before the ferry left the following day at 5am.

After much canyon carving and getting to know the Z900RS even more, we finally made it to Tabaco Port by 3am, leaving us two hours to settle paperwork to be allowed onto the ferry. All our bikes were dirty from the different surfaces we rode on, and the slight rain that seemed to be just enough to get everything damp. Such is the life of a motorcyclist. We settled our clearances with our paperwork and paid the required fees and waited for boarding time. Most of us took the time to nap or chat a bit. Once we were called to board, we were guided to take up slots among the other vehicles being loaded on the ferry. It was pretty amazing to see how much these ferries maximize the space, with some cars mere inches from each other once they were all tied down and secured. Once we secured the bikes, we took our assigned seats in the aircon cabin and dozed off for most of the two hour and 30 minute boat ride. We made landfall at the port of Virac, Catanduanes. From there, we rolled off into the town to reserve our slots a few days early for the homebound ferry. Our friend who hosted this ride was born in Catanduanes, so he speaks the local dialect fluently. This made conversing and making arrangements a breeze, not to mention everyone knows everyone on the island, so there was bound to be a connection somewhere.

A quick 20 minute ride towards his house, and we knew that the roads and scenery would be extremely promising, and we were itching to explore the island more. What’s funny is, during these long rides, despite riding through the night and running on a few hours of sleep, there’s always that second wind. Thankfully, we didn’t push it for the rest of the day, and decided to settle for an early dinner in a nearby restaurant, serving seafood and other local delicacies. Around town, the Z900RS shines as it handles low speed maneuvers well. The light clutch pull and smooth engine mean I can chug along at a high gear without fear of stalling, increasing fuel efficiency and ensuring smooth acceleration when needed - an almost perfect commuter bike, this is. A good night’s rest was all that was needed as we eagerly geared up for a quick ride around the island of Catanduanes. The roads were mostly smooth and, despite some construction areas and single lane roads, I can safely say that provincial roads are some of the best-maintained roads in the country. Once we made our way out of the towns, the traffic disappeared and the open roads beckoned. Although we were mostly unfamiliar with the roads, we’ve been riding enough to determine how corners would flow, and we slowly built confidence to ride faster and lean farther out. It was a very satisfying experience to see everyone keeping up with each other, and average speed staying high. We dropped by a few beaches and took a dip for a bit. Being the only people there meant we had the beaches to ourselves and the views were outstanding. We also took an hour’s ride up to one of the highest points in Catanduanes, taking in some awesome views and even better photos. The Z900RS was a capable 4-cylinder 900cc bike throughout the island excursion. That huge steel tank, despite being heavy, provided adequate range for stopping at only the main towns for gas, making sure we spent most of the time on the saddle. A whole day of exploring and riding can take its toll, but the experience, friendship, and stories you take back from any long ride is worth it. The next day, we would head back to Luzon and ride straight into our garages, with our butts aching and our motorcycles dirty. We clocked about 1,600 kilometers in total, and most of the time was on the saddle. What’s funny is you realize the distance only after you park your bike, and for a reviewer, the bonus is that you learn about a motorcycle through excursions like these, as the roads, situations, and conditions change in a single ride over many hours. We would complain to each other about the soreness and cleaning the bikes with soap and water, but would we do it again? Yes, in a heartbeat. Maybe with the Kawasaki Z900RS Cafe next time?