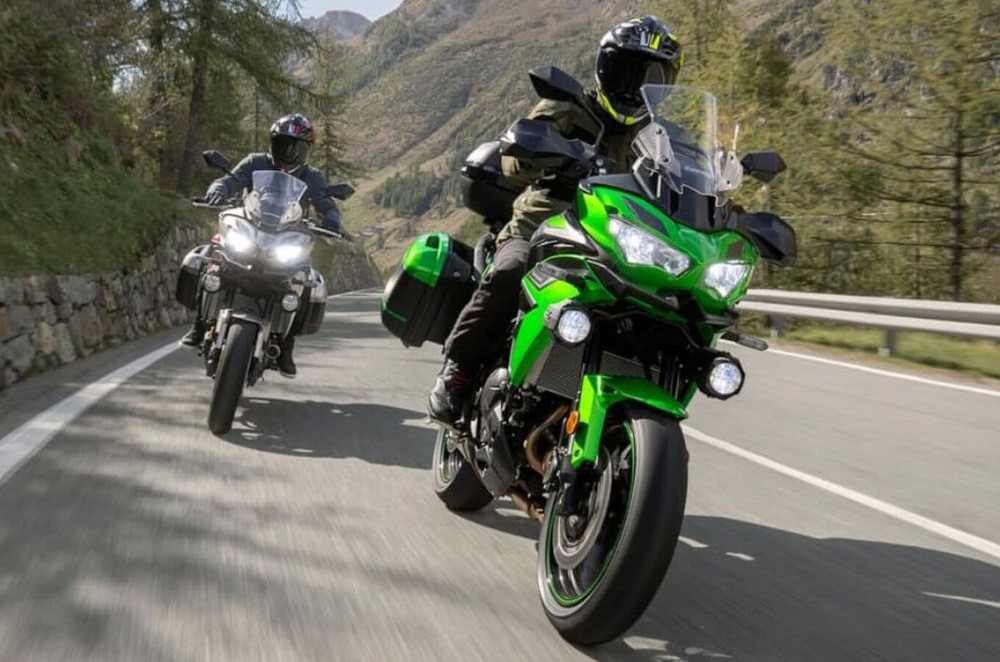 What bike comes to mind first when you think of an adventure motorcycle? You probably picture high-end, top-tier vehicles like the BMW R 1250 GS or the KTM 1290 Super Adventure. Although these bikes represent the peak of ADV performance, their high price tags put them beyond most motorcycle fans' budgets. The Kawasaki Versys 650 is another well-liked adventure tourer, especially in the Philippines. Indeed, t here is a lot to appreciate about Team Green's middleweight adventure machine, including its sporty aesthetics, unfailing dependability, and user-friendly design. Let's examine this bike more closely. The Kawasaki Versys 650 is not lacking in performance. The Ninja 650, Z650, and Vulcan S all have 650cc engines that it shares with, more specifically, Kawasaki's tried-and-true 649cc parallel-twin engine. This engine, which has dual overhead cams, fuel injection, and liquid cooling, has a respectable 68 horsepower and can reach speeds of over 200 kilometres per hour. It can accelerate from 0 to 100 kph in around 4 seconds.

Due to its 180-degree crankshaft, the Kawasaki Versys 650's engine produces a somewhat uninteresting exhaust tone. It does, however, result in an extremely smooth and linear power delivery from the engine, making it a beginner-friendly choice for people just beginning to explore the world of big displacement motorcycles.

Kawasaki is expected to update the Versys 650 for 2022

The Versys is the embodiment of versatility One of the market's most adaptable big bikes is the Kawasaki Versys 650. This imposing tourer is equally at home riding in the city doing errands and commuting on a daily basis, as it is slogging it out for kilometers on end on the highway. Thanks to its upright seating position, you get enough leverage for maneuvering in tight spaces, as well as enough comfort to keep you riding all day.

On top of that, its large bodywork and tall windscreen provide a lot of wind protection for long highway stints in all sorts of weather. The Versys 650 will happily negotiate winding roads, and it even has enough clearance and suspension travel to handle modest off-road terrain, gravel roads, and yes, even Metro Manila’s pothole-laden streets. It's easy to mistake the Versys 650 for a much larger, more premium motorbike when you first see it. The Versys 650 sports a more athletic, road-oriented appearance that makes it appear like a Ninja that has evolved into a good all-around vehicle. In spite of this, it has similarly designed twin headlamps that give the bike a menacing scowl. The bike seems ready to take on any terrain thanks to its long-travel suspension and sharp, angular tank fairings, which give it a powerful, muscular appearance.

While the Kawasaki Versys 650 uses angular and athletic appearance, it still has a ton of practicality and useful functions. The bike's adjustable windshield allows for a very pleasant ride, and the low seat height and plush saddle make doing lengthy highway trips a delight. There are also tons of handy add-ons like comfort seats, luggage racks, and other aftermarket extras that are widely available. The Versys 650 is equipped with the tried-and-true 649cc parallel-twin engine from Kawasaki, as was previously noted. This engine has undergone a number of revisions over the course of about two decades. The mechanical design of the machine is, however, mostly unchanged. Having stated that, this bike is unquestionably one of the most dependable, consistent, and reliable motorcycles available.

In addition, when it comes to the bike's parts, Kawasaki has teamed up with some of the largest recognized brands in the business. Nissin also provides the brake components, while KYB has built the suspension for this bike. Because of all this, the Versys 650 has endured and is still adored across the world in part because of its unfailing dependability. The Versys 650 ranks highly on our list in terms of value for money. With all of its features and capabilities, this motorbike truly is a machine for all situations. For only P499,000, you can own a motorcycle that will last you years and retain its value quite well. Additionally, the Versys 650 has an extensive array of upgrades and extras available in the aftermarket that may be configured for a variety of uses.