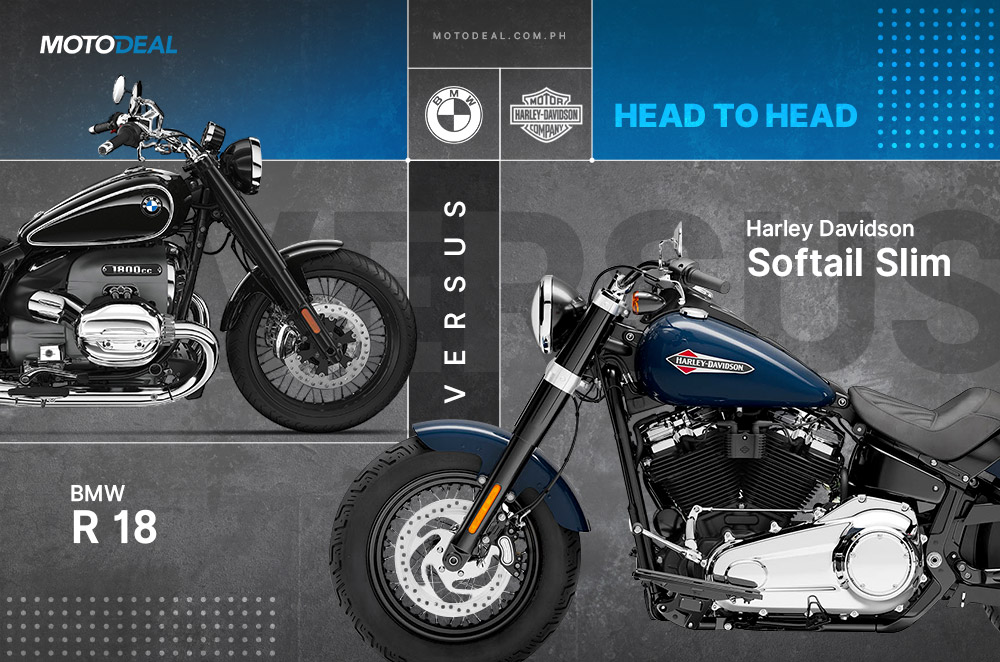 When Harley-Davidson launched the Pan America adventure bike, it was inevitably compared with the mighty king of adventure bikes, the BMW R 1250 GS.  For those of you who are interested, we’ve already covered these two bikes in a previous head to head. Judging from first ride impressions, it’s clear to see that the BMW R 1250 GS’ superior balance thanks to its low center of gravity puts it only slightly ahead of the Pan America. However, this isn’t to say that the Pan America isn’t capable of holding its own against the German veteran.

Likewise, when BMW released the R 18, which just so happened to feature the Bavarian company’s largest production boxer engine, it was clear to see that it had Harley-Davidson squarely in its crosshairs. Having said that, let’s take a look at how the BMW R 18 will fare against one of the veterans in Harley-Davidson’s paddock, the Softail Slim. 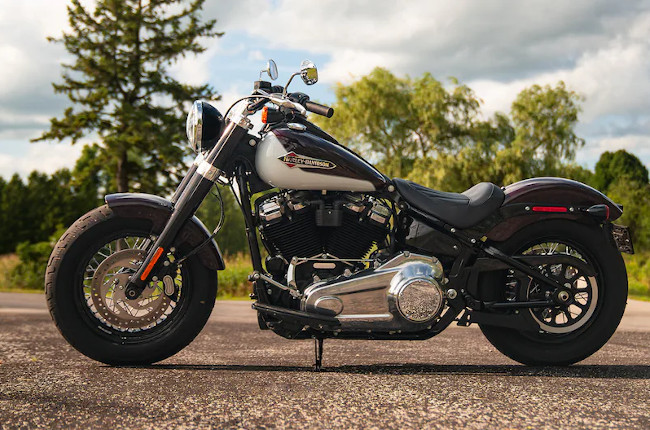 When it comes to performance, it’s clear that the BMW R 18 ekes out an advantage thanks to its unique engine configuration optimized for added torque and power. It sports the company’s largest displacement boxer twin motor currently in production. Displacing a total of 1,802 cubes, the Big Boxer churns out an impressive 158 Nm of torque and 90 horsepower. This makes for a cruiser that’s both balanced, and capable of comfortable long-distance touring.

On the other hand, the Harley-Davidson Softail Slim brings the purest, rawest form of motorcycling, with decades of heritage and legacy under its belt. The Softail Slim gets Harley’s iconic 103 V-twin engine. With a total displacement of 1,690cc, the Softail Slim pumps out a healthy 132 Nm of torque and 73 horsepower, making it equally capable on the highway, albeit slightly down on power and torque. When it comes to features, BMW has thrown everything but the kitchen sink on the new R 18. It really is a heavyweight technological marvel that’s worthy of your attention, especially if you’re one who prefers a ride that boasts classic lines, but is loaded chock full of technology. For starters, the BMW R 18 is equipped with a keyless start system and multiple riding modes consisting of Rain, Roll, and Rock. It also gets Automatic Stability Control, engine drag torque control, and even an electronic reverse assist to help the rider park this heavyweight cruiser.

Meanwhile, Harley-Davidson’s Softail Slim features the bare essentials of motorcycling. It boasts little more than all-American styling, which definitely gains the favor of purists looking for a pure, raw motorcycling experience. It does, however, come outfitted with basic electronic assists consisting of dual-channel ABS-equipped front and rear disc brakes.

Why do motorcycles have two separate brakes? When it comes to price, it’s clear to see that both these motorcycles are not for the faint of heart when it comes to budget. With both these bikes fetching more than P1,000,000, they definitely entail a hefty financial commitment. However, as we’ve already discussed, these two cruisers are as similar as they are different. On the one hand, the BMW R 18, which retails for P1,955,000, is loaded with tons of technology very neatly concealed beneath the bike’s thoroughly retro styling.

For P1,420,000, the Harley-Davidson Softail Slim isn’t a budget meal option. Despite not being loaded with cutting-edge technology, it does carry with it decades of heritage, and an iconic name plate that’s more than worthy of a second glance. When deciding between two motorcycles like these, it’s really all about what stirs the soul when it comes to the overall package. On paper, the BMW R 18 is definitely worth the premium simply due to its performance and tech advantage. However, the Softail Slim’s charm and classic appeal is definitely something worth considering.