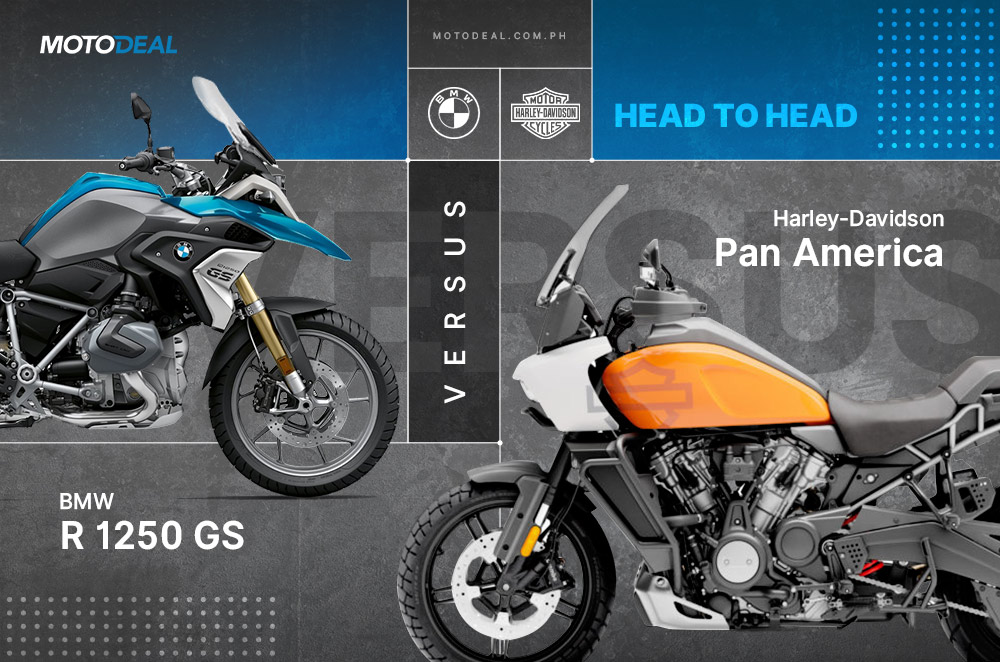 Harley-Davidson recently shocked the world when it unveiled the Pan America—not because of the fact that it was a new adventure bike, but rather, because of how capable the bike turned out to be. Now, naturally, this begs the question: can it hold its own against the mighty and legendary BMW R 1250 GS? Well, let’s take a closer look at these two bikes in this head to head comparo.

What is a streetfighter motorcycle? From a performance standpoint, both the Harley-Davidson Pan America and BMW R 1250 GS produce a similar amount of power, and sport similar displacements. The BMW features the tried and tested 1,254cc boxer-twin motor. In the R 1250 GS, it produces 136 horsepower by way of liquid-cooling and the company’s proprietary Shift-Cam technology. The bike’s grunty engine lends itself to incredibly smooth throttle response which translates to an effortless ride on the road, and an easy tameable beast off-road.

Meanwhile, the Harley-Davidson Pan America gets the MoCo’s newest, most revolutionary engine, the aptly named Revolution Max. In terms of power output, the 1,252cc, 60-degree V-twin churns out just a little more power than the GS at 150 horsepower. This gives the Pan America highway-munching capabilities, as well as the ability to traverse any terrain, thanks to its abundance of torque.

How to take Instagram-worthy photos for your motorcycle As far as features are concerned, both these bikes are equally equipped with tons of adventure-ready underpinnings and electronics. We are all very well acquainted with the BMW R 1250 GS and its sophisticated electronic rider aids, not to mention the electronically adjustable suspension found on the GSA variant. Perhaps the only area where we can truly hand the R 1250 GS a win is with its suspension. The GS’ Telelever front end does an impeccable job of keeping the bike level, especially under heavy braking.

The Pan America, however, isn’t far behind when it comes to techie features. For instance, the bike’s Adaptive Ride Height (ARH) feature enables shorter riders to swing a leg over the bike with confidence, as the suspension automatically lowers as the bike is about to come to a stop. Likewise, the suspension then raises itself once the motorcycle picks up speed. The Pan America, too, gets a large 6.8-inch full-color TFT touch-screen instrument panel, from which a whole host of features can be configured, including but not limited to riding modes, navigation, and Bluetooth smartphone connectivity.

Why aren't there any turbocharged motorcycles? 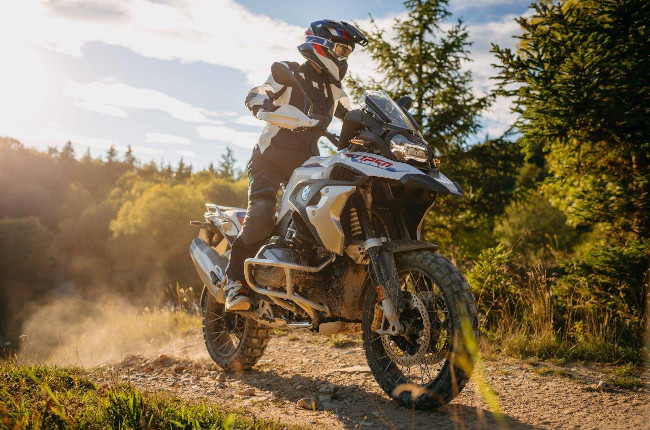 From the get go, it’s clear that the BMW R 1250 GS and Harley-Davidson Pan America are by no means budget-friendly, beginner-centric adventurers. Indeed, if you want to add any one of these bikes to your garage, you’re going to have to fork up quite a large amount of cash. On top of this, piloting these bikes offroad, and getting the most of their capable platforms requires a certain degree of skill, which likely means you’re an experienced rider with tens of thousands of kilometers under your belt.