So you’ve just bought yourself that shiny new big bike you’ve been eyeing for quite some time now. Or perhaps, you’ve cashed in that down payment for your first motorcycle, which you intend to use to take you to work on a daily basis. Regardless of your reasons for buying a bike, or the type of motorcycle you ride, chances are you’re going to need to learn some basic maintenance skills in order to keep your bike performing at its best. After all, unlike our four-wheeled counterparts, motorcycles need just a tad more TLC. Perhaps one of the most common types of bolts to be found on high-end motorcycles would be Allen bolts. Also known as hex bolts, they’re most commonly found securing vital parts of your motorcycle, such as switchgear, body panels, and even your exhaust system. As such it goes without saying that owning a high-quality set of Allen wrenches is mandatory in order to get a grip on basic motorcycle maintenance.

Don’t fall into the trap of buying cheap Allen wrenches, however. As the saying goes, “only a rich man buys cheap tools,” using a substandard set of Allen wrenches will more than likely lead to you rounding off the heads of some extremely important bolts. In such disastrous cases, chances are you’re going to have to bin the offending part by hacking it with a grinder—potentially costing you thousands of pesos in the process. Another bit of kit you don’t want to be missing out on is a set of high-quality combination wrenches. We don’t recommend you relying solely on a set of adjustable wrenches, as more often than not, there’s still a small amount of play left within the tool itself. That being said, a set of wrenches with sizes ranging all the way from 6mm to 24mm should be more than enough for you to tackle all basic maintenance jobs.

Some jobs wherein a decent set of wrenches could come in handy would be for adjusting chain slack. Most motorcycles come with an axle bolt and nut setup, as well as a similar setup for adjusting the fore and aft orientation of the back wheel. For hard-to-reach bolts such as those on your rear fender, front sprocket cover, as well as the fairings on some sportbikes, open wrenches just won’t do the trick. A set of socket wrenches, preferably with an extension arm and a ratchet, are a godsend when it comes to jobs like these.

As is the case with all tools, the temptation to cop a 200-peso socket wrench set online is all too strong. However, we highly recommend investing in a good set, in order to prevent untoward expenses resulting from rounded out bolts due to low-quality sockets. Not to mention, bolts usually needing the attention of a socket wrench are hard to reach and anchor more sensitive equipment. Another all-important tool in your garage is none other than the good old screwdriver. Although seemingly straightforward, there’s a whole host of debate going on about the type of screwdriver to use, given a specific type of screw. We recommend going for JIS (Japanese Industrial Standard) screwdrivers, as they work on both JIS-specific and Phillips screws. Of course, your traditional flat-head screwdriver will definitely come in handy as well.

It’s also important to note that just like wrenches, screwdrivers come in different sizes. Make sure to use the appropriately sized screwdriver for a specific screw, as using too big or too small a size could round off screws making them impossible to remove.

A good tire pump with a gauge 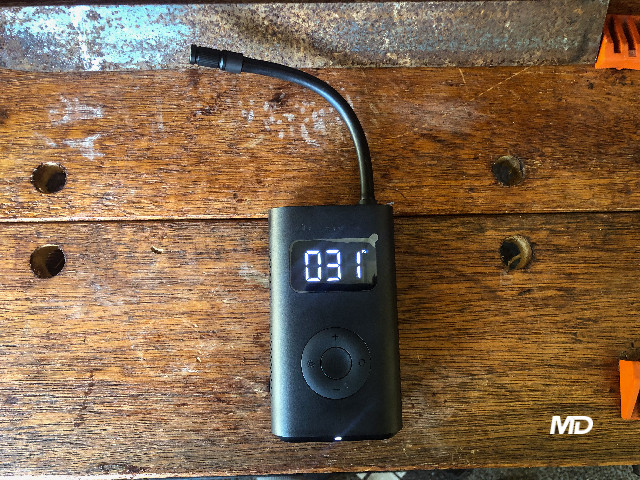 Tires are all too often overlooked, even by seasoned riders. Having optimum tire pressures can spell the difference between making it home safely, and hydroplaning over a wet patch of road. As such, it goes without saying that you need to have your own pump and tire pressure gauge, and check your bike’s tire pressures on a regular basis. We don’t really recommend relying solely on gas stations for your tire pressure, as it isn’t uncommon to find them out of order.

Ideally, a compressor fitted with a tire inflator nozzle with a gauge would be the best option. However, a setup like this can easily set you back thousands of pesos. An equally effective, albeit physically taxing alternative, would be to use a high-end bicycle pump with an accurate tire pressure gauge. Just look at the manual pumping as an added workout benefit. As a bonus, we’ve decided to include a paddock stand, specifically for our readers who are sportbike enthusiasts. Most naked bikes and sportbikes don’t come with the convenience of a center stand, as such, doing chain maintenance can be quite a chore without the help of a paddock stand.

You’ll most commonly find two types of paddock stands: the swing-arm type and the spool type. Swing-arm paddock stands are pretty basic and don’t require you to install anything on your bike. They simply cradle the bike’s swing-arm and lift the rear end up. Spool type stands, on the other hand, require you to install bobbins or spools that serve as anchor points for the stand. This is the most secure way to mount your bike up on a paddock stand, as there’s no chance that the mounting points will slip.

There you have it, a few garage essentials for you to keep your baby running at its best. Do you have any other essential tools for maintaining your motorcycle?