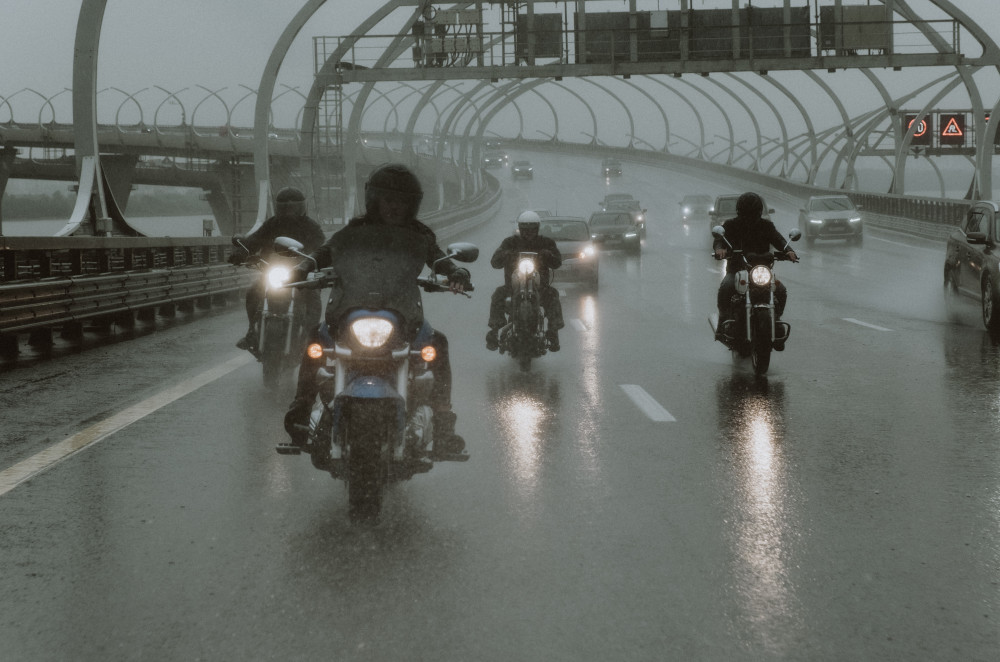 Before anything else, motorcycle commuting is most definitely something many individuals should consider. After all, there are many different benefits from using a motorcycle for your day-to-day duties, including cost reduction, time savings, and more. That being said, choosing to commute on a motorcycle is not exactly a walk in the park, and discerning individuals will know that preparation can go a very long way when it comes to trying something new.

4 reasons you should commute on a motorcycle

Prepare for the weather Prepare for the heat and prepare for rain—there is seldom an in-between when it comes to commuting in the Philippines. Even during the cooler parts of the year, commuting through our roads through the dense traffic of our cities can still be quite hot due to the density and proximity of other vehicles and engines on the road.

Gearing up for the heat, however, is often a balancing act between cool and casual clothes, or protective and thick gear. Riders can either fully gear up with a protective jacket and other protective gear and keep spare clothes to change into, or riders can dress lightly and strap on elbow and knee protectors to maximize ventilation. Regardless of your choice, it may help to keep a spare shirt in your bag for unexpected hotter days.

Rain on the other hand is the other big half of Philippine weather. Rain comes and goes, and on many days, showers may just pop out of nowhere and pour unpredictably. Preparing for rain often means having rain gear—usually a poncho or a dedicated rain gear set—packed and taken along with you on every ride. Rain gear is often lightweight and compact which should not pose a space or weight issue, and taking it along may pay dividends for unexpected showers on your commute.

Here are a few tips on riding safely in the rain On your typical motorcycle commute, you will come across cars and fellow motorcyclists, however, other commuters on electric scooters, bicycles, and other similar vehicles share the road too—and everyone simply needs to get from point A to point B. Because the road is shared by many different kinds of commuters, it’s important to respect the space and lanes taken up by these different commuters.

Don’t get too near cars, don’t overtake cyclists with a few inches of space, don’t use the bicycle lane as a motorcycle lane – it’s all about respecting the space and journey of other commuters during your own commute. This way, accidents, heated arguments, and other unfavorable situations can be avoided and prevented by virtue of respect and distance. If you want to prevent accidents with other motorists on the road, you may want to learn how to ride like you’re invisible. Motorcycles are not very large machines, and from certain angles, motorcycles can be perceived as being very slim and thin. Because of this motorcycles can often fall into the blind spot of many cars, trucks, and fellow motorcyclists which can quickly turn into an accident if any one motorist was not careful enough.

As such, riding like you're invisible means that as a motorcyclist, you must assume that other motorists on the road do not see you, even if they actually do. This will allow you to assume the worst on the road since you are hypothetically not seen – the car to your right may swerve into you, or the motorcycle to your left may eat into your lane, or the car in front might hit their brakes hard. When taking this into consideration, you may choose a smarter and safer spot to be on when commuting through traffic. Riding like you're invisible is a silent superpower for road safety.

Be wary of road conditions Commuting through a few kilometers on Philippine roads is often enough to showcase the diverse and varied road conditions. Some roads are paved smoothly with fresh asphalt, some roads are bumpy and paved with concrete, others are pothole-ridden, and while others may be scattered with debris. Being wary of the often unpredictable nature of our roads can be a great safety tool when going on your everyday commutes.

If your commute goes through a predetermined set of roads, take it easy at the start and slowly learn the different road conditions as you ride kilometer after kilometer. Over time, you will know your commute like the back of your hand. However, if you’re often going through new and unfamiliar roads, it may be best to ride a bit conservatively and sharply be on the lookout for any hidden speed bumps, potholes, steel plates, and other road hazards.

Make the commute easy for yourself The last and possibly most important tip would be to find ways to make your commute as easy for yourself as possible, while still keeping rider safety as the priority. Choose gear and an outfit that’s easy to use and easy to ride with, choose a motorcycle that works well for dense and traffic roads, purchase a top box for storage if needed, choose a route that is familiar and easy, and choose a time of day that works best for your routine and energy.