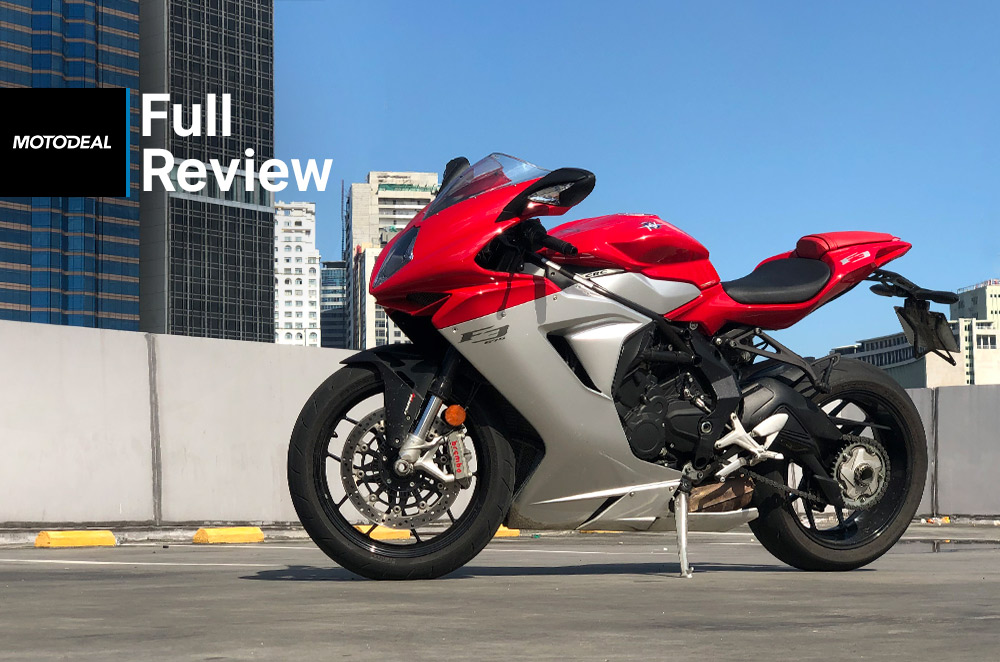 Few motorcycles capture the heart like a good sportbike. After all, what’s the most popular thing motorcycles are known for? Of course, it’s racing. If you think spending an evening with a bottle of beer watching a thrilling MotoGP race makes for an exciting time, wait until you actually get to experience a race-bred machine in the metal—minus the beer, of course. That said, sportbikes are among the most soulful and heart-pumping machines out there—with only a few holding up against the bike we have here today, the MV Agusta F3 675.

Now we recently wrote about the 5 things we love about the MV Agusta F3 675. Indeed there is a lot to love. However, as is the case with most things, a sportbike isn’t for everybody, and so it goes without saying that a motorcycle as dedicated as the F3 will appeal to a select audience. Luckily, we just so happen to be diehard sportbike aficionados, and so we were able to, hopefully, do justice to this amazing machine. At first glance, the MV Agusta F3 675 may seem like a rather small bike. However, its proportions are actually that of a full-fledged supersport. Its compact design, timeless styling, and aggressive stance give off an unmistakable sportbike look reminiscent of the race bikes we see on TV. On top of that, the MV Agusta F3 675 boasts fine details, which upon closer inspection, leave you ogling at even the most minute design elements.

Going into more detail, the F3 675 comes with a beautiful full-fairing with functional ducting. Found on the sides, the ducts act as heat extractors by pulling hot air out of the engine compartment, especially when going at speed. On top of this, the bike is equipped with an adequately sized bubble windscreen, perfect for getting the wind blast away from your head when you're zooming down the race track. Moving towards the back of the motorcycle, we see a very fancy single-sided swingarm complemented by an equally impressive triple-exhaust—a nod to this bike’s roaring three-cylinder engine. While we’re on the topic of the engine, the MV Agusta F3 675 has one of the most technologically advanced mills out there. In fact, the 675cc inline three-cylinder found in this bike has been deemed the most technologically advanced middleweight performance engine ever produced. Although bearing just 675cc of displacement, this engine churns out an impressive 128 horsepower, which when mated to its lightning-fast 6-speed transmission, gives it impressive acceleration and even more impressive top speed.

The MV Agusta F3 can propel itself from 0 to 100 kilometers per hour in under 3 seconds, and can hit a top speed limited to 258 kilometers per hour. Equipped with launch control, and a sophisticated inertial measurement unit (IMU), make no mistake, this bike is a purebred race bike for the street. That said, its long gearing will have you going 150 kilometers per hour even before first gear has been used up. So, it isn’t exactly the most comfortable thing for street use. Speaking about comfort, the MV Agusta F3 675 is about the most uncomfortable bike for street use. This is because it was never meant to be a comfortable road bike, but rather, provide ergonomics which give the rider the most leverage to maximize this bike’s performance. That being said, it would be unfair to judge it based on street comfort and usability.

When it comes to sporty riding, the F3 675 ticks all the right boxes with its incredibly low-slung clip-on handlebars and high-mounted rear-set foot pegs. The total ergonomics package makes the bike incredibly easy to flick into corners, and very stable while in the middle of and exiting corners under heavy acceleration. We were able to take this bike on quite a few spirited rides, and it just inspires confidence, especially if you’re one with adequate experience when it comes to sportbikes. As far as tech and safety are concerned, the MV Agusta F3 675 is unparalleled in its class. Numerous international publications have hailed this bike as the most technologically advanced middleweight supersport in the world, and we can see why. Equipped with multiple riding modes, a sophisticated inertial measurement unit, and fully customizable electronics, the bike can be tweaked and adjusted to fit any rider’s preferences.

Launch control, cornering ABS, front wheel lift control, traction control and a ton of other features are accessible via the flip of a switch. MV Agusta has truly designed this bike with utmost performance in mind, while ensuring the bike has enough safeguards to keep the rider safe, in the event things get out of hand. Admittedly, where the MV Agusta falls short is in terms of practical usability. Although designed as a race bike for the street, chances are, most F3 675s spend the majority of their lives on public roads. That said, the bike could use a few additions to make it just a tad friendlier for use on the street. For starters, MV Agusta has not fitted the bike with a fuel gauge. Yes, it does have a low-fuel warning light, however, it would be nice to know exactly how much fuel you have left, so you can plan fuel stops accordingly.

Unsurprisingly, this results in range-anxiety, especially given the fact that this bike’s 128-horsepower three-cylinder engine isn’t exactly the most fuel-efficient thing out there. Additionally, other vital pieces of information such as battery voltage, are missing. It does however come with a clock, gear position indicator, and a massive temperature gauge positioned dead-center on the instrument panel. 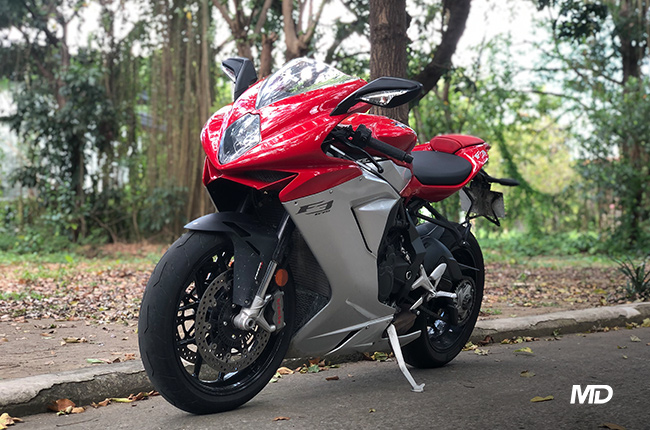 As we mentioned earlier, the MV Agusta F3 675 is a purpose-built machine. As such, it’s natural that it isn’t for everyone. If you're one who prefers cruising the open road in comfort and style, then perhaps it’s best you look elsewhere. Maybe a sport tourer or adventure bike would better suit your fancy. However, if you get your kicks out of a neck-breaking sportbike, and dragging knee on the first corner of Clark International Speedway, then yes, the MV Agusta F3 675 is the right motorcycle for you.

Starting at a price of P1,100,000, this bike, as well as the rest of the MV Agusta fleet, is being imported into the Philippines by Motostrada, the same folks responsible for the massively successful CFMoto range of bikes. Known for their outstanding customer service and readily available parts, owning an Italian motorcycle need not be a pain in the neck.