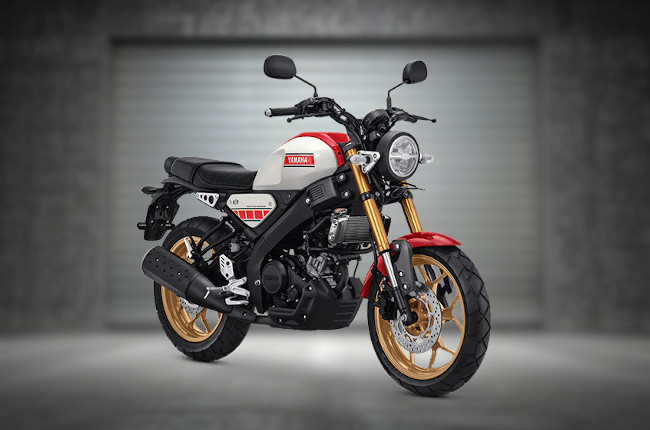 We're all familiar with the Yamaha XSR155 in the local market. Both ardent motorcycle enthusiasts and recreational riders have fallen in love with this small-capacity neo-retro roadster. To put it simply, the XSR155 has transformed the perception of small-capacity bikes from utilitarian two-wheelers to machines with personality and charisma.

As a result, Yamaha has given the XSR155 an attractive makeover for the 2022 model year. The neo-retro cafe-racer now comes in two new color schemes, but the mechanicals remain the same. The new bike now comes in Matte Dark Blue Authentic and a magnificent Yamaha World Grand Prix 60th Anniversary livery. The Matte Dark Blue color is ideal for those who prefer subtle hues, as it offers the bike a sleek and elegant look. To complement its matte dark blue color, the XSR155 gets gorgeous brushed aluminum side plates, and subdued white graphics on the tank.

Yamaha XSR 155 vs Husqvarna Svartpilen 200 Comparo - Behind a Desk 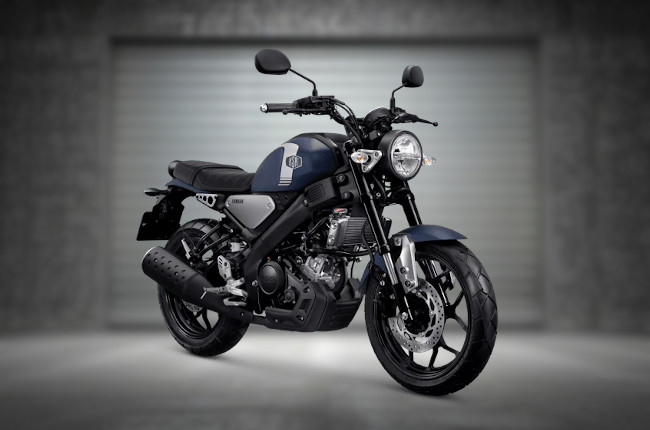 On the other hand, racing fans will adore the second colorway, which pays tribute to some of Yamaha's most successful years in motorsport. The Yamaha World Grand Prix 60th Anniversary livery was inspired by the red and white color scheme on the YZR500 raced by great American racer Kenny Roberts at the 1980 Grand Prix in the 500cc class. To complement the paint scheme, the bike has golden alloy wheels and a striking gold-anodized inverted fork.

The XSR155 has a retro-styled LCD instrument pod, as well as LED headlights and taillights. The bike also comes with a single-piece, two-up saddle and a teardrop-shaped fuel tank capable of storing up to 10.4 liters of gasoline. The XSR155 is powered by a 155cc liquid-cooled single-cylinder engine with VVA technology that produces 19.3 horsepower and 11 ft-lbs of torque—the same motor found in the YZF-R15 and MT-15 sportbikes. This engine is mated to a six-speed slipper clutch-equipped transmission.