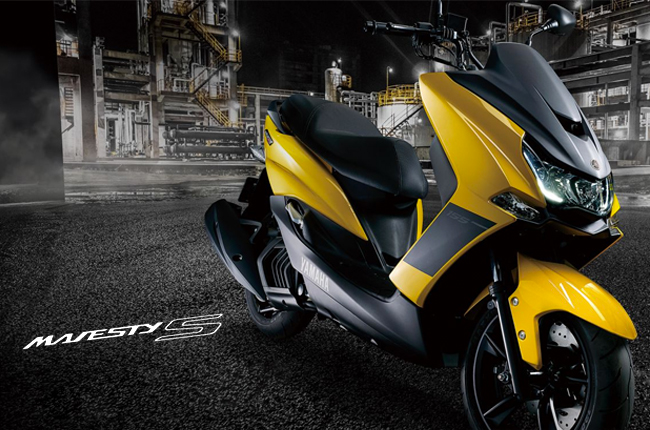 Let’s face it, scooters are a big hit already in the Philippines. With the worsening traffic conditions, lack of parking spaces around the Central Business Districts, it only makes sense for some people to own scooters as their daily commute to work. It’s practical, it gets them around the metro fairly easily, fuel economy is fantastic, but more importantly, it allows you to have more time for your family and loved ones by spending less time on the road. Yamaha has been capitalizing on this growing market and the NMAX 155 has already been a huge hit in the Philippines. However, in Japan, Yamaha has another alternative to offer scooter goers, the Yamaha Majesty S 155. The Yamaha Majesty S 155 is another entry in the 155 cc scooter segment. It comes with the same 155cc single-cylinder, liquid-cooled, single-overhead-cam engine, seen in the NMAX 155, capable of churning out 14.8 hp and 14 Nm of torque at 6,000 rpm. This also translates to very impressive fuel consumption of 45 km/l, coupled with a bigger fuel tank with a capacity of 7.4 liters. This would make the Majesty go a little further compared to the NMAX. As to comfort and practicality, the Majesty uses a mono-shock rear suspension set-up as compared to conventional twin preload-adjustable piggyback shock absorbers present with the NMAX. Yamaha claims that the Majesty’s rear suspension gives it a more comfortable ride. In addition, the bike also happens to have a wider step board, allowing the rider more legroom or ample space for groceries or bags. The seat height of the Majesty is also a little bit higher than the NMAX by 234 mm or totaling 998 mm. Thus, shorter riders might have to be a little bit on their toes when on an idle stop. It’s also worth noting that while it does come with single hydraulic disc brakes in the front and rear, unlike the NMAX, the Majesty does not come standard with ABS. This means that riders should be a little bit more cautious especially when aggressively hitting the brakes. With all things considered, the Majesty still could perhaps have a place in the Philippines. With the growing number of scooter riders going up, would this prompt Yamaha to bring the Majesty to the Philippines?