Xiaomi is a Chinese brand that’s been associated with smartphones, smartwatches, and other consumer gadgets. The scope of their business is more than just home entertainment, smart appliances with home connectivity, and now electric scooters. Just recently, they launched a line of commuter oriented electronic mopeds similar to the ones we already see around the business districts like BGC and Makati, but it looks like they’re on a mission to stand out. They call it the Xiaomi A1 which comes in two variants, A1, and A1 Pro. 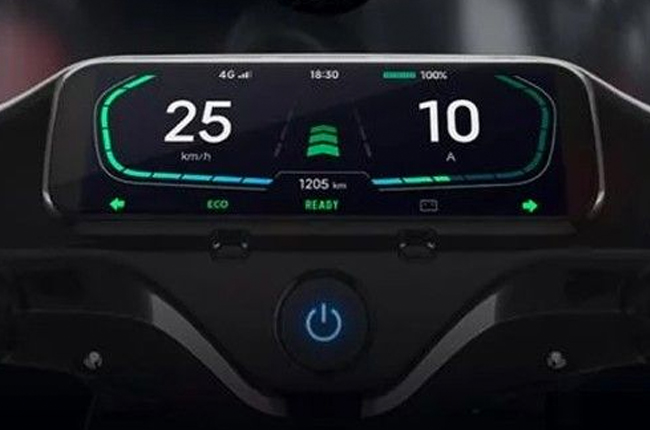 Both variants of the A1 share the same look and from it, you can tell that it’s not another run-of-the-mill kick scooter you see so much nowadays. Rather than just having an exposed frame and a step-board you can stand on, the A1 has a rather different and boxier design with a proper saddle which makes it feel more like a bicycle. It has a modern minimalist style with an urban dweller feel.

Unlike other e-scooters, the Xiaomi A1 has proper motorcycle-level suspension, beefier 14-inch tires, and a hydraulic disc brake up front, with rear drum brakes for proper stopping performance. A fully-charged battery is capable of powering its 400W brushless DC motor for a range of up to 60 km and capable of reaching speeds of up to 25 km/h. Both variants come with smart rear-view mirrors, a 6.86-inch digital dashboard and a 1080p wide-angle dash camera capable of recording your journey for up to 90 minutes. weighs 55 kg,

The weatherproof digital display allows you to view an integrated satellite navigation system, play your favorite music through your smartphone via Bluetooth connectivity, all while showing your essential information such as speed, remaining battery life, and the power released by the engine. The only difference between the A1 Standard and A1 Pro is the increased range of 70 km from 60 km per charge.

Packed with so many features and equipped with motorcycle-grade hardware, the new Xiaomi A1 electric scooter would surely have a place in the Philippines especially for the city urban dwellers who don’t want to deal with the growing traffic situation. It probably wouldn’t be long before we start seeing these Xiaomi electric scooters roaming around the city streets of Manila, well that’s assuming that LTO doesn’t decide to regulate them and start treating them as motorcycles too.